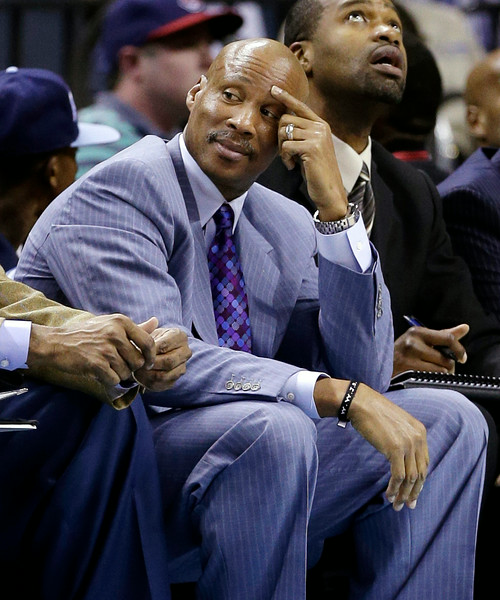 The Lakers’ coaching search might have taken an exhausting three months that often took a backseat to the team’s focus on the NBA draft and free agency. But only two days after being offered the job, Byron Scott agreed Saturday night to become the Lakers’ next head coach, according to a league source familiar with the situation.

The Lakers maintained Saturday night that they remained in negotiations with Scott and that the process could still take a few more days before finalizing an agreement. But Scott confirmed to CBS-2/KCAL-9 sports director Jim Hill that he will coach the Lakers next season.

“It feels fantastic,” Scott told Hill. “This is a dream come true. I always wanted to coach the Lakers, especially when I got to coaching. It’s so unreal. I have to thank Mitch (Kupchak), Jeanie (Buss) and Jim Buss to give me this opportunity.”

The terms were not immediately available, but ESPN Los Angeles reported the deal is for four years and worth $17 million, including a team option on the fourth season. That ensures Scott might coach beyond the career of Kobe Bryant, whose contract expires after the 2015-16 season. Bryant also kept a close relationship with Scott after providing a mentor role during Bryant’s rookie season 18 years ago.

The terms of the deal also suggests Scott will have more security in overseeing a vast rebuilding project after the Lakers finished last season with the worst record in L.A. franchise history. The Lakers have injuries to monitor in Bryant and Steve Nash. They have a seventh overall draft pick in Julius Randle to develop. And the Lakers have a flurry of new pieces they acquired this offseason, including Jeremy Lin, Carlos Boozer and Ed Davis.

Scott hopes to have his introductory news conference Monday at the Lakers’ practice facility in El Segundo. But it is unclear at this point if that will happen.

Scott plans to have four assistant coaches, according to a league source familiar with his thought process. But the source maintained Scott has kept an open mind on candidates. Lakers assistant coach Johnny Davis as well as development coaches Mark Madsen and Larry Lewis have a year left on their contracts, though their future hinges on how Scott fills out his coaching staff.

Scott, who served as an analyst last season for Time Warner Cable SportsNet, is considered close with Bryant after providing a mentor role for the Lakers’ star during his rookie season in 1996-97. Scott would also be considered a popular choice among Lakers fans because of his familiarity with the franchise. He spent 10 of his 14 NBA seasons playing for the Lakers during the “Showtime Era.”

Scott had head-coaching stints with the New Jersey Nets, New Orleans Hornets and Cleveland Cavaliers. He was fired after the 2012-13 season when the Cavaliers lost 16 of their final 18 games to finish at 24-58, the third-worst record in the NBA. But Scott led the Nets to two NBA Finals appearances in 2002 and 2003 before losing to the Lakers and San Antonio Spurs in subsequent years and was also named the NBA’s Coach of the Year for guiding the Hornets into the playoffs in 2007-08.

Byron Scott, Lakers nearing deal, but is it complete?