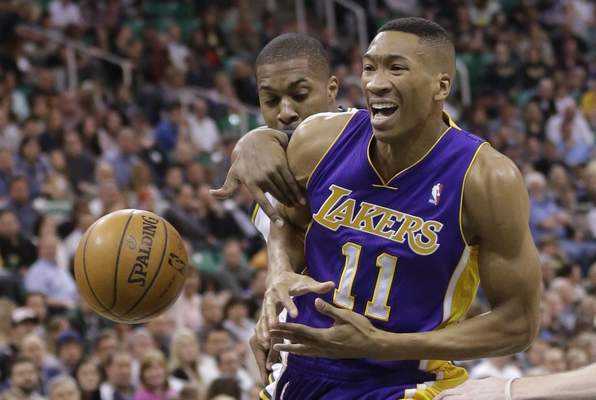 The Lakers agreed to a one-year, $1 million deal with Wesley Johnson Rick Bowmer / The Associated Press

The Lakers officially signed Wesley Johnson to a one-year deal worth $1 million.

Johnson averaged 9.1 points per game on 42.6 percent shooting last season, production that featured both impressive performances and disappearing acts. But the Lakers were willing to resign Johnson for reasons including his age (27), athleticism and being a good teammate.

“I’m happy to welcome Wesley back to our team and am excited to see him develop further after taking such great strides last season,” Lakers general manager Mitch Kupchak said in a statement. “Wesley possesses elite athleticism, and has the potential to develop into an excellent defender.”

Steve Nash confirms this will be his last NBA season