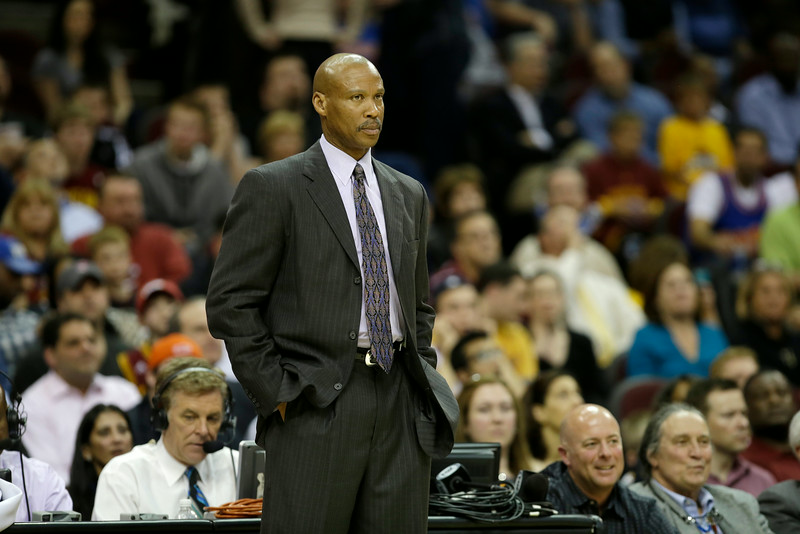 There appears to be some clarity on how Byron Scott will fill out his coaching staff.

Mark Madsen is expected to stay, according to league sources, after spending the past year as a player development coach for former Lakers coach Mike D’Antoni and an associate head coach with the team’s Las Vegas Summer League team. Madsen also played a heavy role with the Lakers’ drafting efforts, attending both the NBA pre-draft combine and participating in various draft workouts. Madsen also had played nine years in the NBA and was on the Lakers’ 2001 and 2002 championship teams. It is not currently clear what Madsen’s title will be under Scott.

Scott is also expected to add veteran assistant Jim Eyen to his staff, according to league sources. Eyen has spent 23 years as an NBA assistant coach in various capacities, most recently with the Sacramento Kings (2009-2013). Such stops also included the Lakers (1989-92), Clippers (1988-89, 2003-09), Milwaukee Bucks (1992-96) and Portland Trail Blazers (1997-2001). Eyen also had scouting jobs with the New York Knicks (1996-97, 2003), was an assistant coach at University of California at Santa Barbara (1984-88) and served as a consultant for professional teams in the Netherlands, Germany and Japan. Eyen is also the son-in-law of Bill Bertka, the Lakers’ current special assistant and basketball consultant to general manager Mitch Kupchak.

Scott will likely have four people on his coaching staff. Possibilities include Lakers assistant Johnny Davis and player development coach Larry Lewis, both of whom are still under contract. It is widely expected that Scott’s son, Thomas, will join his staff after coaching with the D-Fenders, the Lakers’ Development League affiliate.

Which Lakers’ role player will most flourish under Byron Scott?

How will Lakers handle Kobe Bryant, Steve Nash on back-to-backs?