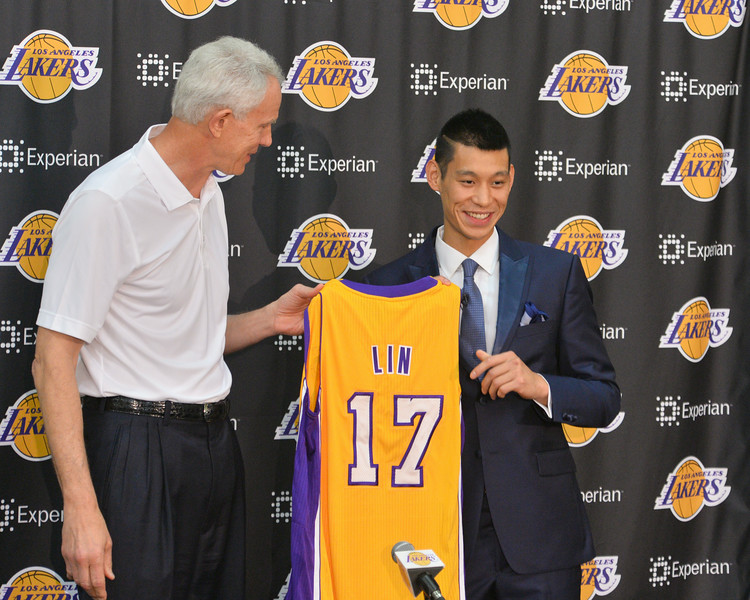 But as Byron Scott tackles on this challenge in becoming the next Lakers’ coach, his equity with the Lakers’ fanbase after playing here during the Showtime Era may only go so far. Same thing with Bryant, whom the Lakers believe Scott will maximize the last years of his playing career in the post after serving as a mentor for him during his rookie season nearly 18 years ago.

Scott will also have the difficult task in guiding the Lakers’ rebuilding process a year after the team finished with the worst record in L.A. franchise history. To accelerate that process, one of the key variables will entail which role players flourish under Scott’s leadership.

That marked one of many topics Time Warner Cable Access SportsNet host Chris Geeter, analyst Dave Miller and I addressed recently in a show mostly previewing the schedule release of the Lakers’ 2014-15 season.

Miller argued the biggest beneficiary will be Jeremy Lin, arguing he will become the next point guard to flourish under Scott. Elite point guards, such as Jason Kidd, Chris Paul and Kyrie Irving all excelled during Scott’s various stops in New Jersey (2000-04), New Orleans (2004-2009) and Cleveland (2010-2013). Lin also arguably would have benefited under D’Antoni after manufacturing “Linsanity” under his watch in New York. Meanwhile, I touted Jordan Hill as a possibility. Though he posted career numnbers last season in points (9.7), rebounds (7.4) and minutes (20.8), Hill occasionally expressed feeling uncomfortable under D’Antoni because his system relied heavily on perimeter players. Meanwhile, the Lakers became frustrated that Hill’s energy waned, especially when he logged heavier minutes. For what it’s worth, Scott places a heavier emphasis on post players and spoke highly of Hill during his time last season as an analyst for Time Warner Cable Access SportsNet.

So what say you? Which Lakers’ role player will benefit the most under Scott and why?

How will Lakers handle Kobe Bryant, Steve Nash on back-to-backs?

How will Kobe Bryant-Dwight Howard season-opening showdown turn out?