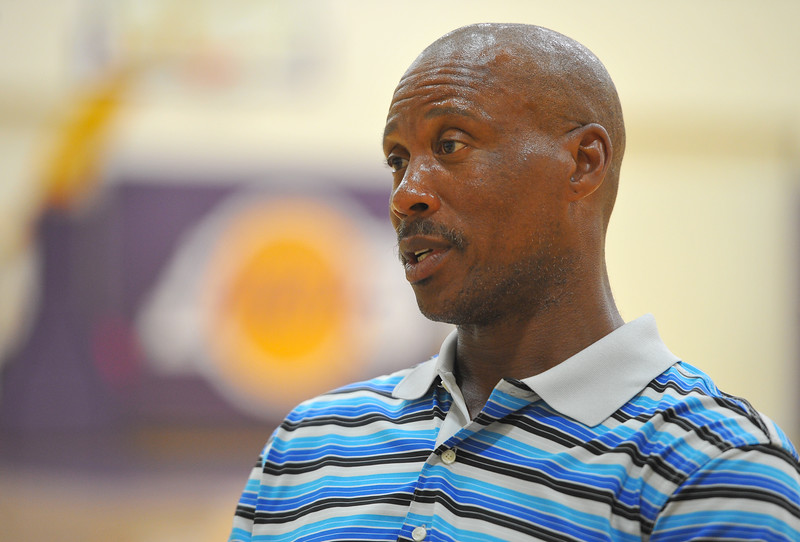 The busy four months that entailed countless job interviews and subsequent waiting has since passed for Byron Scott. Ever since the Lakers named Scott as their next head coach this weeks ago, his schedule has since accelerated into overdrive.

Scott’s itinerary has mostly entailed putting together his coaching staff. He confirmed that veteran assistant Jim Eyen and player development coach Mark Madsen will stay on his staff, but he said the rest of his assistants will be finalized “hopefully by the end of this week.”

Scott declined to say which other candidates will join his staff. But it’s widely assumed from those in the league that his son, Thomas, will serve a role after coaching with the D-Fenders, the Lakers’ Development League affiliate. Johnny Davis and player development coach Larry Lewis are also both under contract with the Lakers.

“I’m anxious. I’m excited. I’m jumping up and down and waiting for this thing to get going,” Scott said. “I’m talking to Kobe every few days, how he’s working out and how the guys he’s been working out with are doing. That, to me, is exciting. He’s showing the leadership and mentorship himself in getting all the young ones with him and getting together for training camp.”

Which Lakers’ role player will most flourish under Byron Scott?