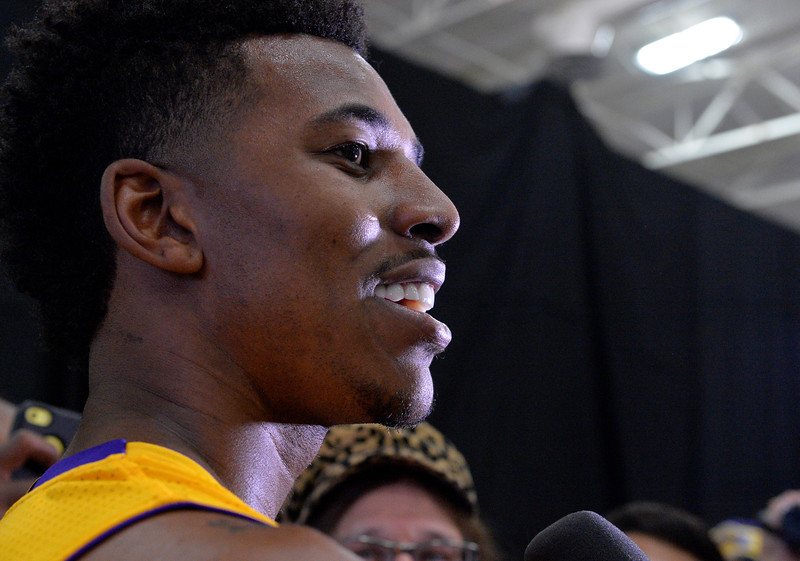 “I really believe Nick has a chance to be sixth man of the year,” Scott said.

Young averaged a team-leading 17.9 points per game last season, but he had no shot winning the award amid the Lakers finishing with their worst record in L.A. franchise history. This season, Bryant envisions Young as a “really big piece of this team,” offering both secondary scoring and helping Bryant when he faces double teams. Bryant and Young believe Scott’s intense conditioning drills and defensive expectations will spur his growth.

“I’ll be lying if I said I wasn’t tired out here,” Young said. “We need it. Once the season starts, all that hard work put in will pay off.”

Whether that happens hinges on a few variables.

Young has spent the last year improving his diet, shedding fried foods toward more of the grass-fed items the Lakers’ training staff promotes. But Young has admitted he has a sweet tooth and does not always stay consistent with his eating habits.

Young could also experience an adjustment playing with Bryant. Although Scott plans to feature Young as a reserve, he will team up with Bryant at times in hopes of easing his offensive workload. But that will also require Young knowing how to affect the game without always scoring.

“We’ll use Kobe as much as possible on the elbows and mid-post and then the post because we know he’s going to command a lot of attention,” Scott said. “But when he doesn’t have the ball, so will Nick. He’ll demand so much attention as well. You have two guys who are great scorers and a great facilitator in Steve Nash. It could be pretty lethal.”

So lethal that this could all result in Young picking up some hardware when the season ends.