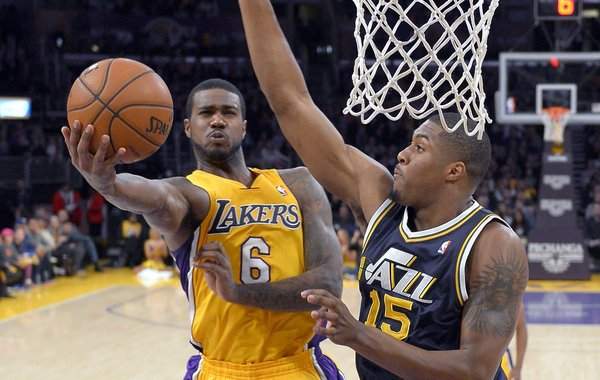 The Lakers will soon make their first move in adding players up an injury-depleted roster. They have had “talks” to sign forward Earl Clark, according to a league source familiar with the discussions.

Although it’s not clear when the deal will be finalized, the terms are believed to be a one-year guaranteed contract worth around $1 million. The move will reunite the Lakers with Clark, who had a breakout campaign in the 2012-13 season where he averaged a career-high 7.3 points and 5.5 rebounds after being acquired from Orlando as part of the Dwight Howard trade. Clark then signed with the Cleveland Cavaliers and has recently played for the Rio Grande Valley Vipers of the Development League, averaging 28.8 points.

The Lakers (3-11) have suffered season-ending injuries to Steve Nash (back), Julius Randle (right leg) and Xavier Henry (left Achilles). The Lakers are also without forward Ryan Kelly for at least the next five weeks because of a torn right hamstring. The NBA has granted disabled player exceptions both for Nash ($4.85 million) and Randle ($1.85 million), though those can only be used separately to acquire a player either through free agency or a trade.

To accommodate Clark’s arrival,tThe Lakers could waive Xavier Henry, who would still be owed a guaranteed $1.1 million. Or the Lakers could wait until the NBA grants them a hardship exception. That tool grants teams the right to have 16 players on a roster when they field more than four players out with injuries. The Lakers could use that to add a player, though they would have to waive a player once Kelly returns to ensure a league-maximum 15-man roster. Only Wayne Ellington and Ronnie Price have nonguaranteed contracts, but their absences would deplete the team’s backcourt.

Yahoo! Sports first reported the Lakers’ efforts to reach a deal with Clark.

Earl Clark’s fresh start with Lakers could have huge payoff