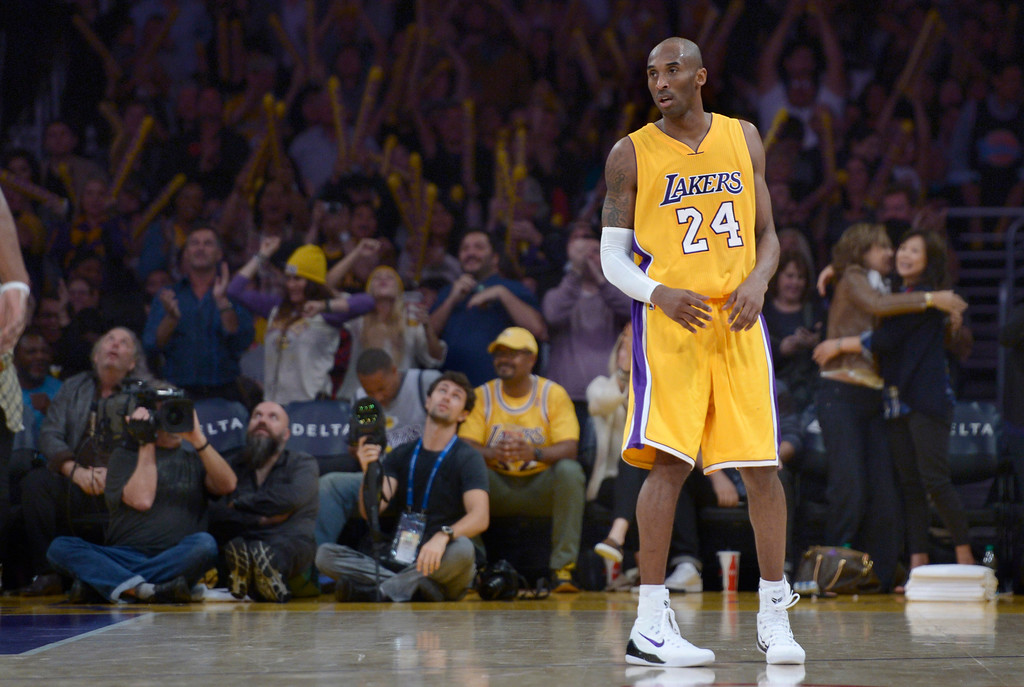 As if Kobe Bryant does not already have a heavy workload.

But in addition to the high volume shooting, Bryant could have the additional task in managing point guard duties. After Bryant closed out the Lakers’ 98-95 win on Tuesday over the Sacramento Kings at Staples Center, Lakers coach Byron Scott suggested that marks a sneak preview of things to come.

“You will see it again,” Scott said after practice on Wednesday at the Lakers’ practice facility in El Segundo. “I know it’s very effective and something I’ve been thinking about.”

Scott won’t start Bryant at point guard anytime soon. But it seems likely Bryant could close out games assuming that spot. He played most of the final 6:45 assuming that position while playing with Ronnie Price, Wesley Johnson, Wayne Ellington and Carlos Boozer. Nick Young then subbed in the final minute over Ellington. Jeremy Lin sat during that time. Scott offset his concerns about Bryant guarding Kings point guard Darren Collison by assigning Johnson that defensive responsibility.

During that fourth-quarter stretch, Bryant set teammates up with three assists, threw down a fast-break dunk and dropped a three-point shot.

“I feel real good when the ball is in his hands,” Scott said. “He can get his own shot, obviously. He can create shots for his teammates.”

Bryant missed Wednesday’s practice to rest. But he downplayed the significance of his evolving role after his 32-point performance on 11-of-27 shooting and six assists in 35 minutes against Sacramento.

“Nothing changes,” Bryant said after . “My position on the floor changes. That’s all.”

Yet, that dynamic could have a residual affect.

This creates an additional challenge for Scott to manage Bryant’s minutes, which he has mostly kept within the 30 to 40-minute range.

“I probably have to watch him more closely,” Scott said, “because he would have to guard somebody at that position as well.”

Scott said he initially thought of this idea because “Jeremy is struggling and Ronnie is struggling” after posting a combined five points on 2-of-10 shooting and 10 assists.

Yet, how all this plays out remains to be seen.

Scott conceded uncertainty whether “you will see this on a regular basis.” But at least for one game, Bryant showed the formula worked.