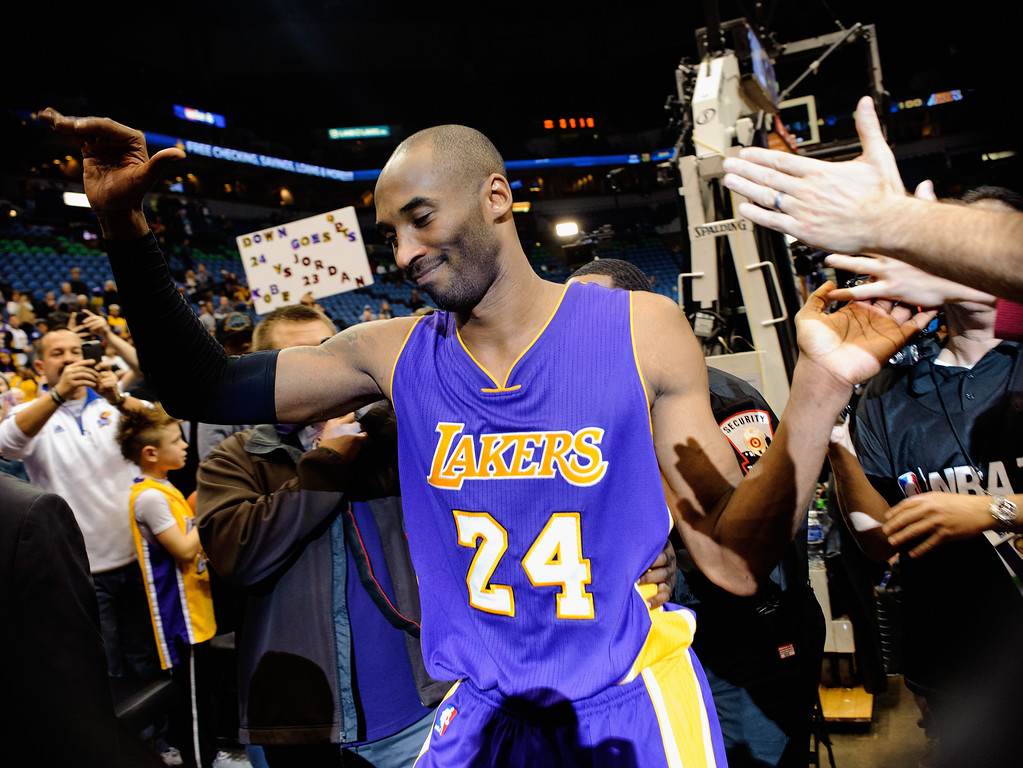 “MINNEAPOLIS, MN – DECEMBER 14: Kobe Bryant #24 of the Los Angeles Lakers leaves the court after the game against the Minnesota Timberwolves on December 14, 2014 at Target Center in Minneapolis, Minnesota. Bryant passed Michael Jordan on the all-time scoring list with a free throw during the second quarter. The Lakers defeated the Timberwolves 100-94. NOTE TO USER: User expressly acknowledges and agrees that, by downloading and or using this Photograph, user is consenting to the terms and conditions of the Getty Images License Agreement. (Photo by Hannah Foslien/Getty Images)”

Kobe Bryant once felt so sluggish on the court that he reported he scored zero points as a 12-year-old in Philadelphia’s Sonny Hill Future League. Bryant once felt so insecure with his play that he considered quitting basketball and playing soccer instead.

None of those things ever turned out as planned. Bryant stuck with basketball and eventually won five NBA championships and just surpassed Michael Jordan for third place on the NBA’s all-time scoring list. The Lakers’ star attributed his determination to gut it out in part to Jordan.

“Here’s where my respect and admiration for MJ was forged,” Bryant wrote in a first-person essay for The Players’ Tribune. “I learned that he had been cut from his high school team as a freshman; I learned he knew what it felt like to be embarrassed, to feel like a failure. But he used those emotions to fuel him, make him stronger, he didn’t quit. So I decided to take on my challenge the same way he did. I would channel my failure as fuel to keep my competitive fire burning. I became obsessed with proving to my family — and more importantly to myself — that I CAN DO THIS.

“It became an obsession. I learned everything about the game, the history, the players, the fundamentals,” Bryant wrote. “I wasn’t just determined to never have a summer of zero again, I was driven to inflict the same sense of failure on my competition as they unknowingly inflicted on me. My killer instinct to score was born.”

This milestone coincides with Bryant spending his 19th season averaging 25.4 points per game after appearing in only six games last season with injuries to his left Achilles tendon and left knee.

Lakers’ Kobe Bryant says he’s “used to being the villian”