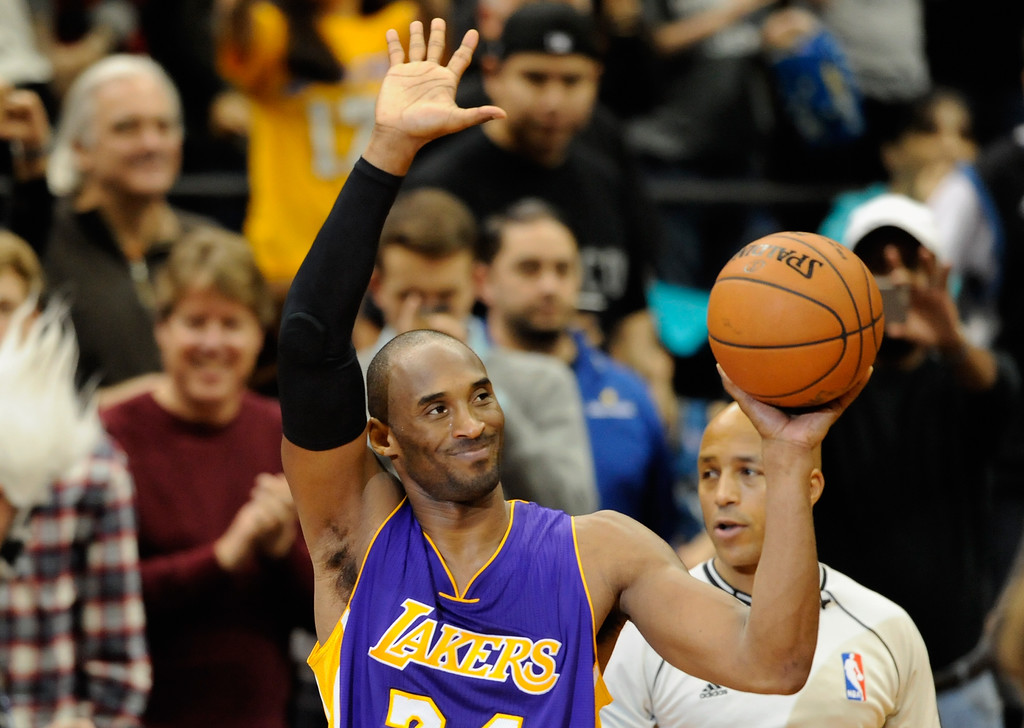 “MINNEAPOLIS, MN – DECEMBER 14: Kobe Bryant #24 of the Los Angeles Lakers waves to the crowd after passing Michael Jordan on the all-time scoring list with a free throw in the second quarter of the game on December 14, 2014 at Target Center in Minneapolis, Minnesota. NOTE TO USER: User expressly acknowledges and agrees that, by downloading and or using this Photograph, user is consenting to the terms and conditions of the Getty Images License Agreement. (Photo by Hannah Foslien/Getty Images)”

Amid Kobe Bryant’s struggles fighting Father Time and the Lakers’ struggles in just collecting wins, there remains at least one source of good news.