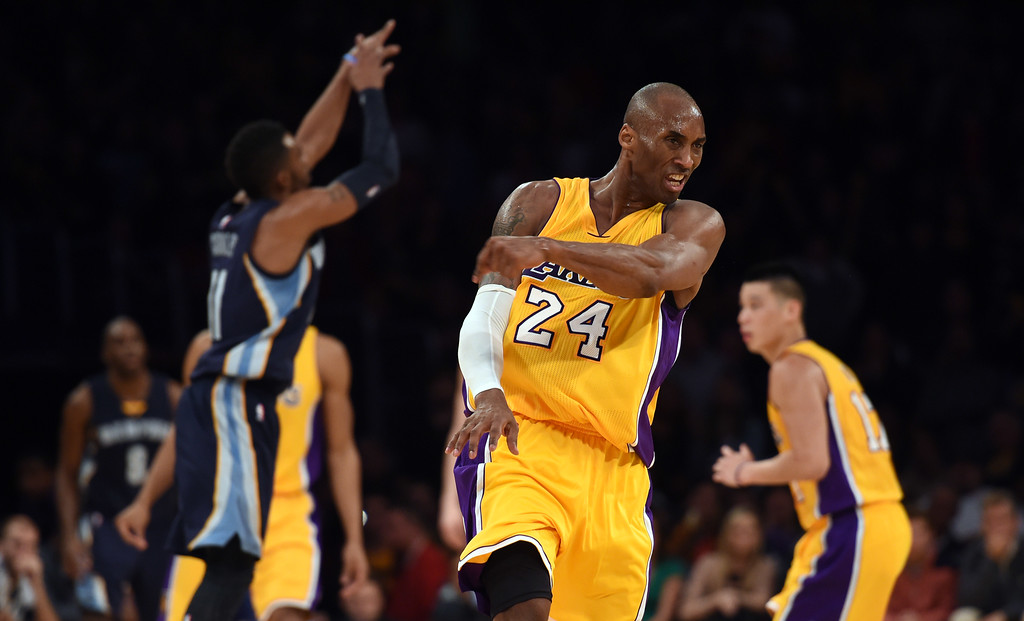 No matter what happens from here until Kobe Bryant returns from an injury and finishes off the rest of a presumed 20-year NBA career, one important thing remains intact.

The Lakers star already has won five NBA championships. He sits in third place on the NBA’s all-time scoring list. Bryant has become the Lakers’ all-time leading scorer. His career-high 81 point game set eight years ago against the Toronto Raptors only trails Wilt Chamberlain’s 100-point game as the highest scoring performance in an NBA contest.

And, of course, Bryant remains unsatisfied, the Lakers’ star saying in an interview with NBA TV aired on Monday night that he should have won seven NBA titles instead of five. After all, the Lakers lost in the 2004 Finals to the Detroit Pistons and the 2008 Finals to the Boston Celtics, the Lakers’ 38-point Game 6 loss still marking the worst defeat Bryant experienced in his 19-year NBA career.

“I wanted to win in Boston,” Bryant said about the Lakers’ historic rivalry, “and rub it in their face.”

Bryant still did that against the Celtics in the 2010 NBA Finals in what turned out to be a memorable seven-games series and his latest title run. But in Bryant’s mind, that does not make up for the 2008 Finals loss to Boston, particularly since it denied Bryant’s hope to win in a hostile road environment.

After all, Bryant recently revealed on a Nike podcast that his ultimate fantasy entailed winning an NBA title after nailing a game winner in Game 7 on the road. Bryant also reiterated on NBA TV his unyielding goal ever since he arrived in the NBA 19 years ago.

“Win as many championships as possible,” Bryant said. “That was it.”

Yet, Bryant hardly looks close toward accomplishing that goal again.

Bryant lasted only 35 games this season before suffering a season-ending injury to his right shoulder, marking the third consecutive season cut short because of a serious ailment. Meanwhile, the Lakers (13-40) are both on pace to miss the NBA playoffs and finish with the worst record in franchise history for the second consecutive season.

Yet, Bryant maintained he has developed “strategic patience” both in handling his rehab and adapting to the situation around him that includes an starkly inferior supporting cast and plenty of unanswered questions about the Lakers’ rebuilding process.

“When you’re going through situations, what option do you have but to go through it?” Bryant said. “What choice do you have? There’s no choice that you have. You can’t run away.”

It marks an outlook Bryant lacked earlier. After all, he won three consecutive NBA titles beginning in his fourth NBA season. He later demanded a trade in 2007 amid frustrations about the Lakers’ direction after experiencing a missed playoff appearance and two consecutive first-round playoff exits to Phoenix in the prime of his career.

Still, that does not change Bryant’s outlook that he should have enough NBA rings that he needs all two of his hands to wear them.