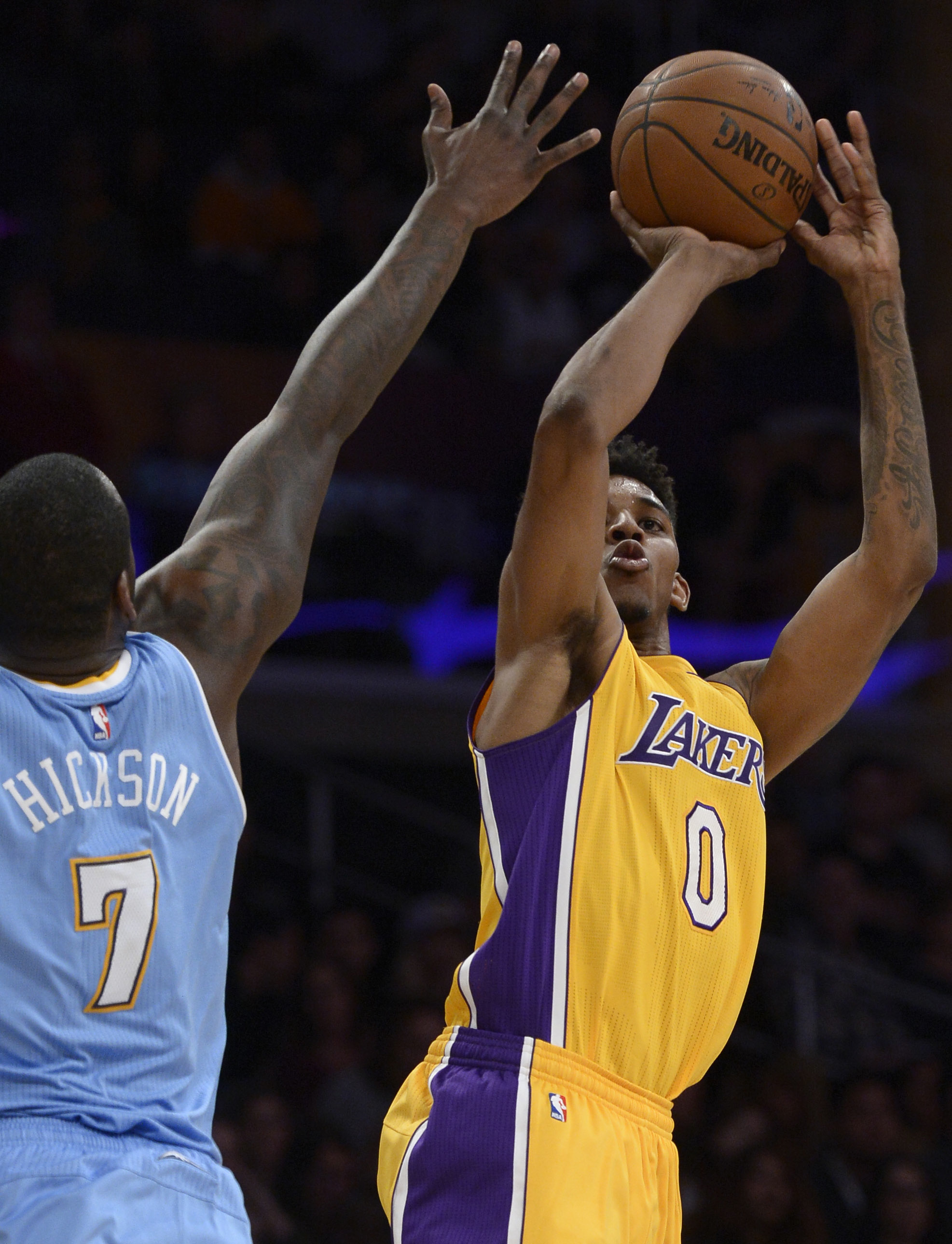 Lakers forward Nick Young traveled all the way to Hawaii to conquer his fear.

After reporting that he nearly died last summer in Cabo San Lucas, Mexico from a dolphin carrying him deep into the water, Young suddenly made peace with an animal known to be just as friendly as the Lakers’ eccentric forward.

“I got a chance to talk to the dolphins a little bit,” Young joked after Thursday’s practice at the Lakers’ facility in El Segundo. “We have a cool understanding. We stay away from each other and give each other a head nod.”

“I got real close. It was a group of them and it was a gang,” Young said. “I had to face my fears and I had to jump in. They felt my presence. They didn’t come around too much.”

It turns out that adventure did not come close in marking the most dangerous adventure Young experienced on his trip.

Young went ziplining around unspecified parts of Hawaii. He also claimed that he did something that would surely rattle the Lakers’ front office and coach Byron Scott.

“I flew over a volcano with a helicopter with no doors on it,” Young said. “I was living my life on the edge. Even a volcano couldn’t mess with me.”

As usual, Scott shook his head with half annoyance and amusement over Young’s exploits. But Scott genuinely doubted that his four-year, $21.5 million contract allows him to do such activities, since, well, they increase the changes of Young getting hurt or killed.

“Nobody told me,” Young boasted. “I didn’t jump out of any planes.”

Instead, Young spent the time clearing his mind after having a poor January. He shot 32 percent from the field. Scott benched Young in the second half of a game over his poor effort and body language. He also missed three games because of a sprained right ankle. Young has also shot 30.2 percent through five games in February.

“I had a chance to relax. That was something that was much needed with these practices,” Young said. “With this little break we had, that helped me a lot to be around good people and around my family and get my mind right and enjoy myself.”

Yet, Scott has hardly wavered on his stern expectations with Young, the Lakers coach’ outlining three things he wants in the team’s 29 remaining games.

Or just a player whose presence around the Lakers has more to do with his colorful quotes and quirky exploits than his actual performance.