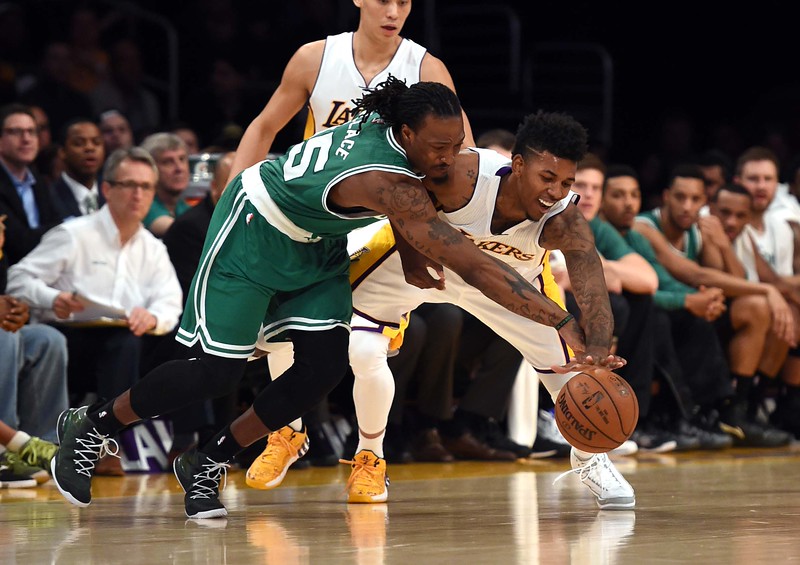 The rare euphoria and buzz over the Lakers’ overtime victory on Sunday over the Boston Celtics relatively simmered with some more unwelcome injury news.

Lakers forward Nick Young experienced soreness in his left knee and Robert Sacre nursed a sore left foot, prompting the team to end practice early on Monday. The Lakers (14-41) will reexamine Young and Sacre later on Monday before determining their availability for Wednesday’s game against the Utah Jazz (20-34) at EnergySolutions Arena. But Lakers coach Byron Scott initially reported that Lakers trainer Gary Vitti did not consider the injuries serious.

“I’m not really worried about it right now,” Scott said. “Gary didn’t seem too overly concerned about it. But we want to make sure there is nothing there before we saw where those guys are.”

Young did not practice on Monday after the feeling pain in his left knee during the Lakers’ win on Sunday over Boston. Scott said that Sacre tried to practice before feeling a “sharp pain” in his left foot.