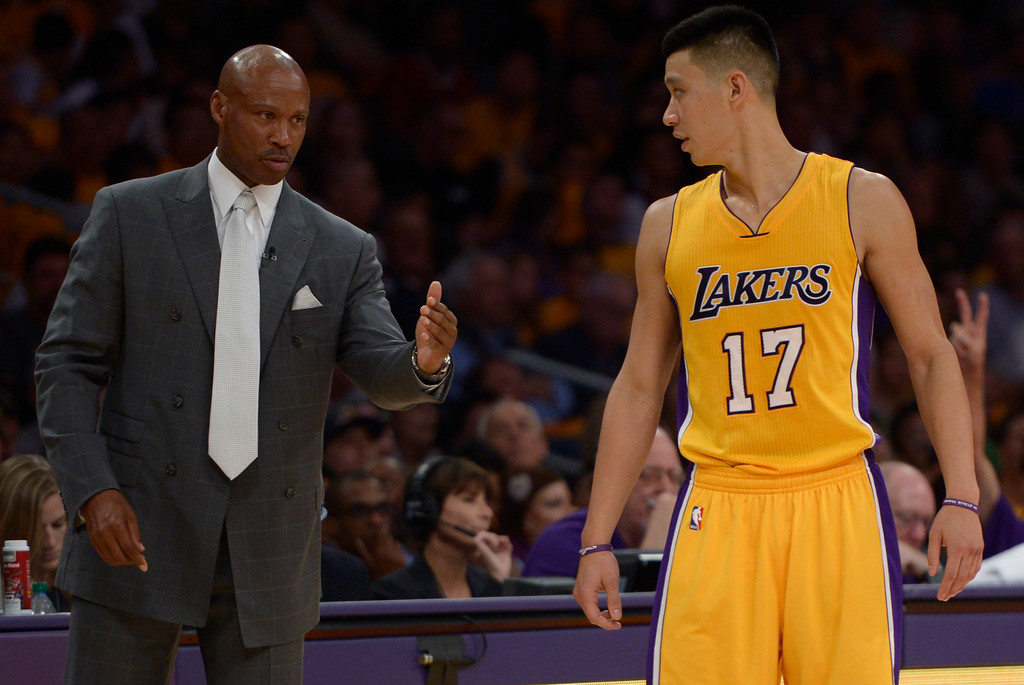 Although the Lakers (21-58) will offer nothing definitive until tipoff approaches, they do not expect Jeremy Lin to play in Sunday’s game against the Dallas Mavericks (48-31) because of continued soreness in his left knee.

If so, this would mark the third consecutive game Lin would miss because of his injury. Although Lin completed some dribbling and shooting drills during Saturday’s practice, Lakers coach Byron Scott remained skeptical about Lin’s return because he has not yet completed any hard cuts to test his knee.

“I don’t think he’ll go tonight,” Scott said of Lin. “I could be wrong. He could come tonight and say he feels fine and go out before the game to work out. So we’ll wait before tonight to find out for sure.”

Regardless of Lin’s availability against the Mavericks, he still plans to travel with the team for Monday’s game in Sacramento in hopes to play.