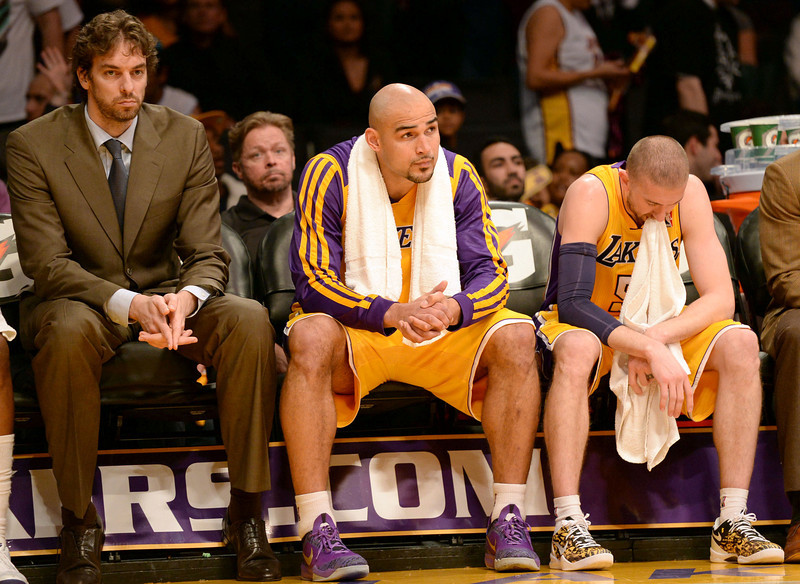 The Lakers exercised a team option to keep center Robert Sacre for the 2015-16 season.
Photo by Steve McCrank/Daily Breeze

The Lakers exercised a $981,359 team option to retain center Robert Sacre for the 2015-16 season, according to league source familiar with the situation.

The Lakers did not formally decide until the deadline at midnight on Tuesday. Sacre’s contract now becomes fully guaranteed.

Though Sacre averaged only 4.6 points on 41.2 percent shooting and 3.5 rebounds as mostly a backup center, the Lakers still valued him for numerous reasons. The Lakers do not currently have any true centers on their roster, while they have a glut of power forwards, including Julius Randle, Larry Nance Jr. Tarik Black and Ryan Kelly. The Lakers appreciated Sacre’s effort on defense and overall attitude. And Sacre hardly has a relatively expensive price tag.

The Lakers declined a $9 million team option for Jordan Hill, but his circumstances differed. The move ensured the Lakers would have $23 million to spend on free agency. Hill also was a casualty of the Lakers’ power forward-heavy lineup.

The Lakers drafted Sacre with the 60th pick in the 2012 NBA Draft out of Gonzaga. He has averaged 4.3 points on 43.9 percent shooting and 3.2 rebounds in 14.8 minutes through three seasons.