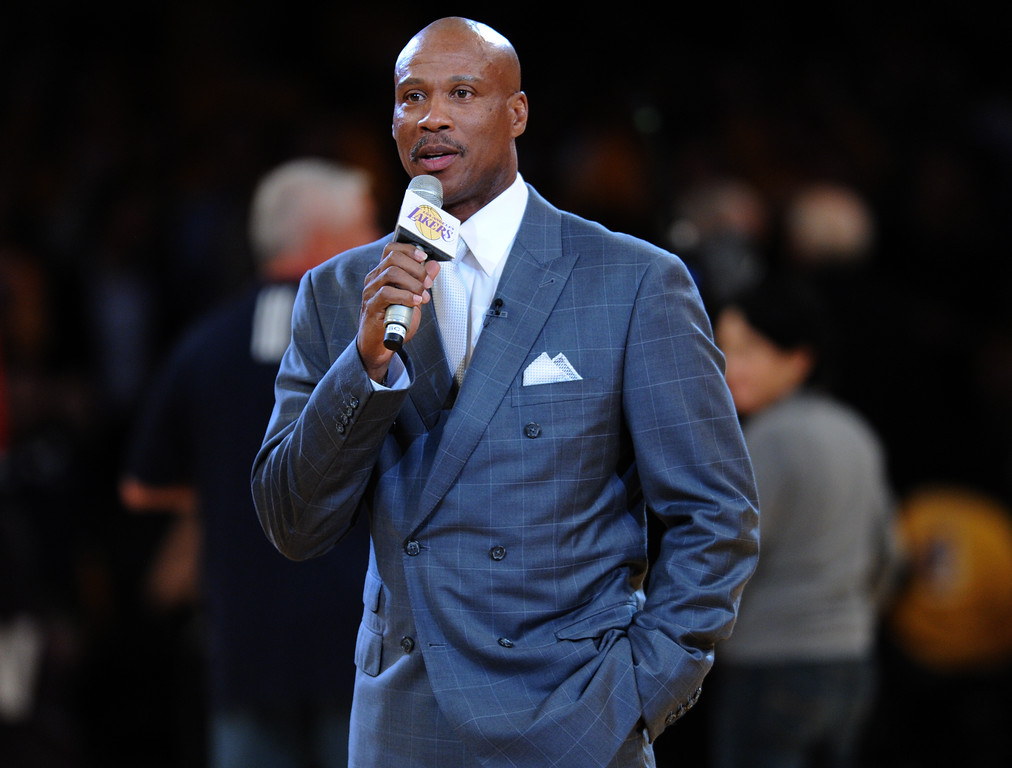 LAS VEGAS — It turns out Byron Scott does not hate 3-point shooting after all.

A year after dismissively critiquing that the increasing reliance on 3-point shooting “doesn’t win you championships,” Scott will become more open this season on his team utilizing it for the 2015-16 season. Last year, Scott outlined his preference that his team takes about 12 to 15 3-pointers per game. But this season, Scott wants his team to attempt about 18 to 25 per contest. His increased openness stems from a very simple reason.

“We have guys that can shoot it,” Scott said after mentioning Kobe Bryant, Nick Young, Lou Williams and Jordan Clarkson. “We have some guys who can knock it down.”

The Lakers had very few players who did that in the 2014-15 season, one of many reasons that led to a 21-61 record in the franchise’s worst year in its 67-year-old history. The Lakers shot only 34.4 percent from three-point range last season, 17th out of 30 NBA teams. Wayne Ellington (37 percent), Jeremy Lin (36.9 percent) and Wesley Johnson (35.1 percent) shot at a decent rate. But Lin and Johnson were often inconsistent. Meanwhile, Bryant (29.3 percent) and Young (36.9 percent) netted career-lows in overall shooting percentage. The Lakers also attempted 18.8 per game, a huge drop off from the NBA’s league average of 22.41 3-point attempts per contest.

Incidentally, this year’s Lakers have shot 33 percent from 3-point range in four exhibitions entering Tuesday’s preseason game against the Sacramento Kings at MGM Grand Garden Arena in Las Vegas. But they have attempted an average of 25.5 shots from 3-point range per contest, which is 18th out of 30 NBA teams.

Scott’s comments last year drew criticism considering seven of the past nine NBA championship teams led the league in three-point shooting and attempts. But Scott has contended his resistance to outside shooting had more to do with his personnel. It is a small sample size. But through four exhibition games, the Lakers’ Ryan Kelly (75 percent), Anthony Brown (50 percent), Bryant (45 percent), Young (40.5 percent), and D’Angelo Russell (40 percent) have shot well from 3-point range.

Hence, Scott called the 3-point line “exciting.” He even argued the NBA should add a 4-point line after a reporter asked what rule changes he wished the league made.

“We could put it in this year if they don’t mind,” Scott said, smiling.

The commentary on whether Scott is not enough progressive enough for the modern NBA seems ironic considering he led the NBA in 3-point shooting during the 1984-85 season. But Scott doubted he would have led the league in a 4-point shot, citing the personnel the “Showtime Lakers” had in Kareem Abdul-Jabbar, James Worthy and Magic Johnson.

“I think Reggie [Millers] and those guys would’ve led the league. That wasn’t our style. We played from the inside out,” Scott said. “So we didn’t come down thinking we were taking 20 or 30 3’s a game. Obviously that changed. But we had three unbelievable weapons in the post in Kareem, James and Magic. We played off those guys. If you doubled them, then we got wide open looks with myself, [Michael Cooper] and guys like that. Those were opportunistic more than anything. We didn’t come down jacking them up because we had the ultimate weapon.”

Those Lakers teams also had another weapon, which Scott hoped the NBA could bring back.

“We’d go back to the 80’s style of basketball. No blood, no foul, no flagrants,” Scott said. “You run through the paint, you’re going to get hit.”

Scott then decried how the NBA’s numerous rule changes catered to his belief in the younger generation’s drop off in talent.

“As we got into the 90’s, we had a lot of guys on different teams that were specialists in one specific thing and could only guard. They couldn’t shoot. So the offenses started going down. Everybody started to get more physical and more aggressive. I’m not saying that in the 80’s all five guys were basketball players could do a little bit of everything. But as we got to the 90’s, it started to diminish a little bit.”

“It was all about threes and dunks,” Scott said. “The mid-range game was gone as well. I just felt that you started changing the rules because you wanted to give guys a better chance to score. But I always thought if you work on your game like we did back in the day, it wouldn’t be that big of the deal.”

How will Lakers’ D’Angelo Russell match up with NBA’s elite point guards?