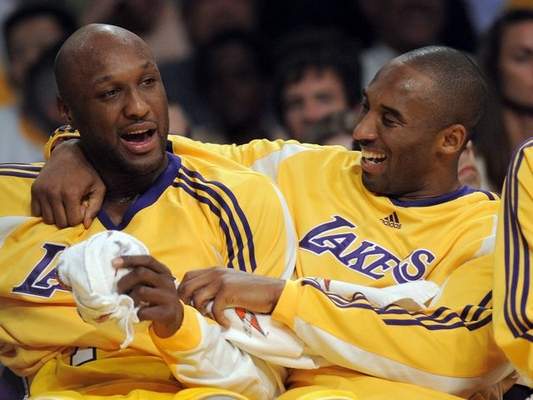 Although Lamar Odom has stayed on life support and in a coma at a Las Vegas hospital, the former Lakers and Clippers forward continued to make progress with his recovery. Odom woke up briefly and showed some responsiveness with his body language on Thursday, according to multiple sources familiar with the situation.

Concerns still persist about Odom’s health since he was hospitalized Tuesday night at Sunrise Hospital and Medical Center in Las Vegas after losing consciousness at a Nevada brothel. Brothel workers from Love Ranch South in Crystal, Nev., reported in a 911 call released Wednesday that Odom took cocaine and 10 doses of an herbal supplement over three days. But Odom’s latest progression has left those close to him more hopeful about his recovery.