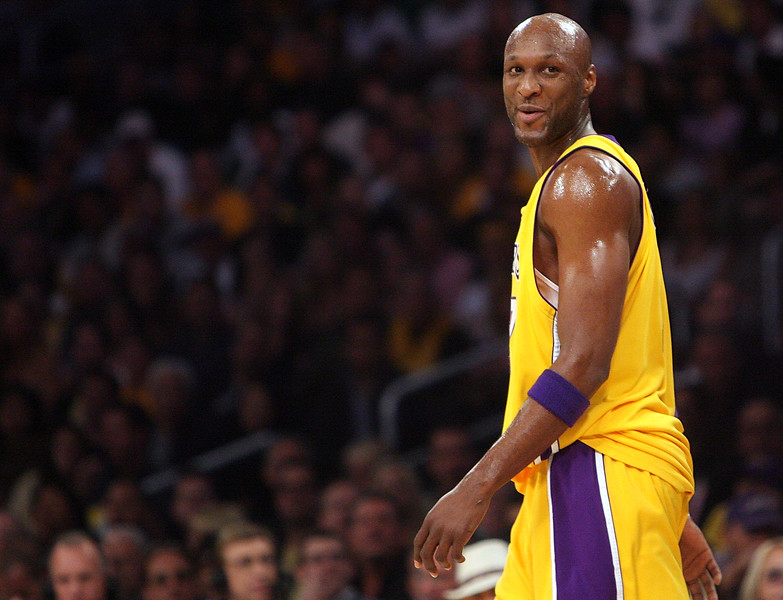 Laker Lamar Odom #7 was all smiles in the fourth quarter as the Lakers beat the Spurs 101-71 during game two of the the Western Conference Finals between the San Antonio Spurs and the Los Angeles Lakers May 23. 2008 at Staples Center in Los Angeles. (SGVN/Staff Photo Keith Birmingham/SXSports)

Former Lakers and Clippers forward Lamar Odom spoke briefly on Friday morning, marking the first time he has done so since losing consciousness at a Nevada brothel, the Los Angeles News Group learned.

Odom also had his breathing tubes removed in favor of a breathing mask, which both reduced complications and signified progress with his recovery. Odom had been on life support and in a coma since he was hospitalized Tuesday night at Sunrise Hospital and Medical Center in Las Vegas. Brothel workers from Love Ranch South in Crystal, Nev., reported in a 911 call released Wednesday that Odom took cocaine and 10 doses of an herbal supplement over three days.