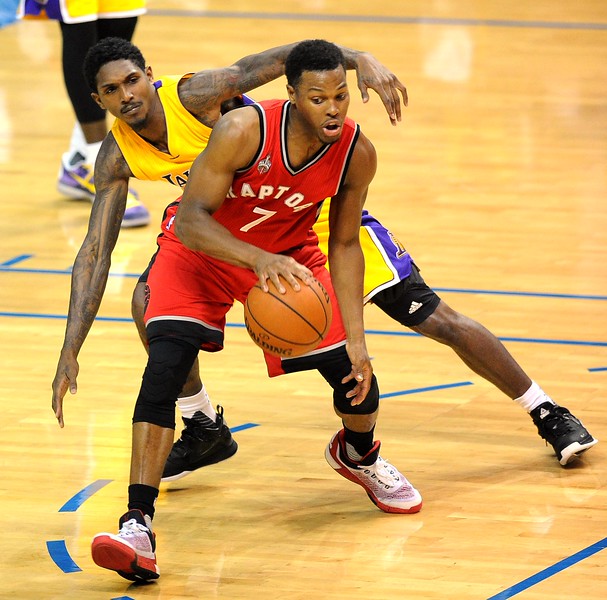 Soreness in Lou Williams’ groin kept him out of the Lakers’ past two preseason games. But Williams practiced on Wednesday without any limitations and plans to play in the Lakers’ preseason finale against Golden State on Thursday in Anaheim.

“We just wanted to be precautionary,” Williams said. “I’m good.”

Williams could describe his game that way as well. In four preseason games, he has averaged a bench-leading 16.4 points on 3.4 rebounds and 2.6 assists. Williams also has converted on 34 of 39 of his foul-shot attempts (87 percent). He has only shot 36.2 percent from the field, but those numbers could improve since he will play more at shooting guard.

“Very unselfish. He’s gotten everybody involved,” Williams said of Huertas. “He’s left an impression on all of the guys. I look forward toward getting out there, building that chemistry and receiving some of the nice passes.”

Williams has also received some nice passes from Nick Young, whom plenty around the NBA believed would not make for a formidable duo since both players are high-volume shooters. Both have lived up to that billing. But both Young and Williams have deferred to each other on the court and have shown no signs of any tension.

“It’s been fun. We’re like polar opposites,” Williams said of Young. “Nick has this colorful personality. I like to keep to myself. I’m pretty quiet. We’re like fire and ice. So we’ve had a good mix so far.”