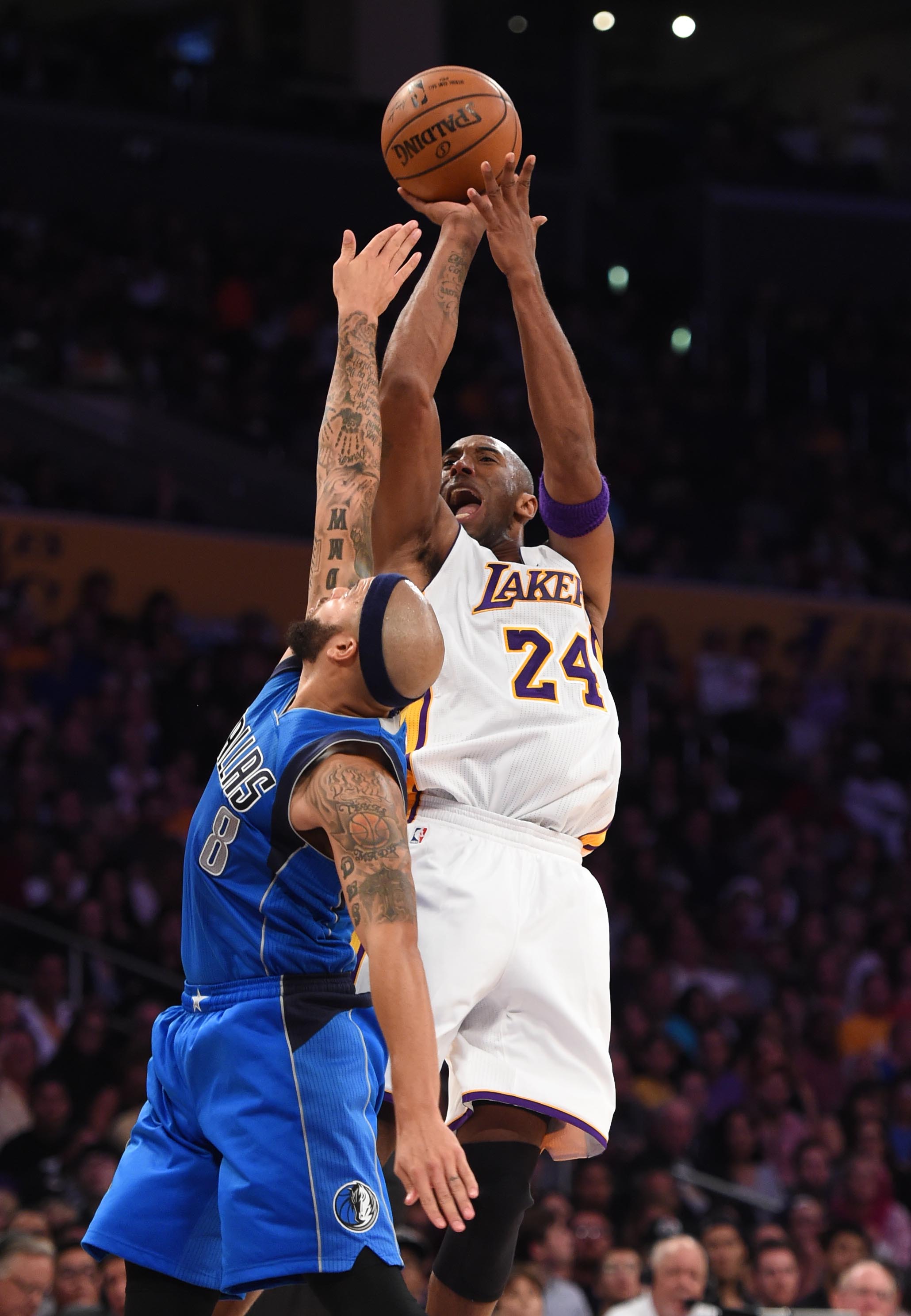 Kobe Bryant was about to report to the Lakers’ facility on Monday before soon finding out he would not practice. The reasons had less to do with the 37-year-old Bryant’s health. Instead, it had more to do with Bryant’s demeanor following the Lakers’ 103-93 to Dallas on Sunday where Bryant posted 15 points on only 3-of-15 shooting from the field and a 2-of-8 clip from 3-point range.

“I know he’s frustrated and I want him to take a day off to get away from it a little bit,” Scott said. “He’ll be all right tomorrow.”

The Lakers (0-3) sure hope so. They enter Tuesday’s game against Denver Nuggets (1-2) at Staples Center partly because Bryant has averaged 17.3 points on only 31.4 percent shooting through three games. That explains why Bryant became self critical of his play following Sunday’s loss to Dallas.

Without any hint of sarcasm, Bryant ranked himself “the 200th best player in the league.” Bryant repeatedly said, “I suck.” He also described his play with an unfavorable expletive.

“He’s just one of those guys that expects a whole lot more out of himself than most people,” said Scott, who said he had talked with Bryant about his play both on Sunday evening and on Monday morning. “He’s very hard on himself. For him to go at himself like he did shows how much he cares about playing well. But it also shows he’s human.”

Scott argued it also shows Bryant remains secure with criticizing himself, in hopes that his teammates adopt the same mindset.

“It also sends a message to the young guys that as hard as he is working, he’s not satisfied with the way he’s playing,” Scott said. “That lets others know they have to pick it up as well.”

Yet, Bryant did not chalk up the Lakers’ inexperience or bemoan where he took his shots. Quite the opposite. Bryant largely complimented Lakers rookie point guard D’Angelo Russell for setting himself up in the offense, only to lament for all of his missed jumpers.

“If he’s making the shots, we’ll keep feeding him. He has the opportunities. But whatever it is, he’s not making the shots,” Russell said. “He knows he’s in the gym 24/7. It’s not that he’s not putting in the work. It’s just the basketball Gods aren’t blessing him right now with making shots. But they’ll fall. Then we won’t be having this conversation.”

Instead, Scott had a conversation with Bryant and suggested he should change his routine perhaps to ensure more energy after missing the last three exhibition games because of a bruise in his lower left leg. Scott also envisions Bryant will play around 60-plus regular season games when accounting for any games he might rest, likely on some or all of the Lakers’ 18 sets of back-to-backs.

Through the Lakers first two regular-season games, Scott had said he wished Bryant reduced his high volume of 3-point shots and score more from the post and elbows. But despite Bryant taking several contested jumpers in isolation against Dallas, Scott maintained he felt mostly fine with Bryant’s shot selection.

“He did a much better job of getting to the basket. He took some of the shots we have been talking about,” Scott said. “I’m fine with his shot selection right now. All of us can be a little bit better. It’s everybody’s on the team. And that’s when we get down. When we get down, we start pressing.”

Bryant certainly appeared as if he was pressing when his shot continued to rim out. Hence, Bryant’s continued criticism.

“He really feels that it is his fault,” Scott said of Bryant. “He’s not playing the way he’s capable of playing. He’s going to play that way and get to the Kobe that we know.It’s just three games into the season. It’s still very early. I’m not worried about it.”