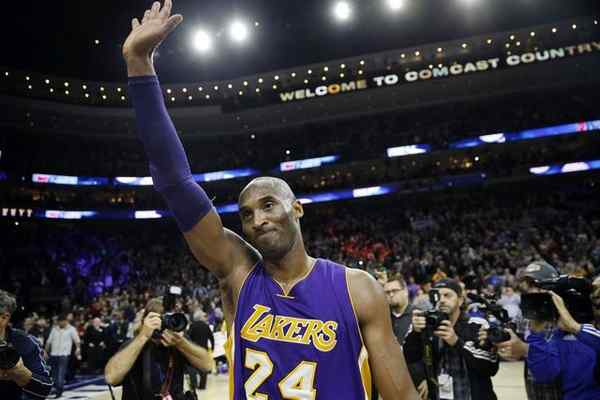 DENVER — Even through the endless grind accumulated from nearly two decades of NBA excellence, Kobe Bryant remains determined to finish out the 20th and final year of his NBA career.

But playing elsewhere after that? That becomes a different story.

“I would have loved to play overseas for a season. But it’s not going to happen,” Bryant said on Monday in an NBA-sanctioned conference call with international media. “I wish I could’ve done it. But I can’t. The body won’t let me. That is fine.”

Bryant sounded just as accepting on his fortunes in appearing in the 2016 Summer Olympics in Rio de Janiero, Brazil. USA Basketball officials would have to choose Bryant over a younger and potentially more talented player. But team officials could find value in Bryant role both as a team ambassador stemmed from his global popularity and a mentor after winning two gold medals in Beijing (2008) and London (2012).

“That’s not something I’m pressing for, but being part of the Olympics is such a beautiful experience,” said Bryant, before reflecting on his childhood in Italy. “To be able to see how basketball became such an international sport for those fans, it would be a beautiful thing personally to be able to finish my career on an international stage. With that being said, we’ll see how everything goes.”

But Bryant could still receive enough votes to start because of his global popularity and because he is listed as a frontcourt player for manning the small forward spot. NBA coaches could also vote Bryant in as a reserve out of respect for his five NBA championships and third-place standing on the league’s all-time scoring.

“I’ve been very fortunate to have played in so many All-Star games,” Bryant said of his 17 appearances. “For me not to be voted in, I know it might sound hard to really process when I say I’m completely fine with that. I’ve had an amazing run. At some point, you have to be okay with letting that go and you have to be okay with passing the game along and do all you can to help the game continue to grow and continue to evolve. That’s my way of letting you know that I’m completely fine with whatever role I have at All-Star weekend.”

Bryant’s limitations during his last NBA season are pretty self-explanatory. He entered the 2015-16 campaign playing only a combined 41 games the previous two years because of three overlapping season-ending injuries. After tearing his left Achilles tendon on April 2013, Bryant returned in eight months only to appear for six more games before needing season-ending surgery on his left knee. Bryant played 35 games last season before needing right shoulder surgery after tearing the rotator cuff.

Yet, Bryant said on the so-called basketball gods that “we have a really good relationship and we understand each other really well.”

“The injuries that I’ve had, I’ve always been able to look at those from a positive light and learn from those things and take advantage of opportunities that come as a direct result and other things to focus on and plan for,” Bryant said. “I don’t think the basketball gods are treated me unfairly. They gave me a fantastic opportunity.”

Hence, Bryant called his dunk over Houston forward Clint Capela “was one of the special moments of my career.” Bryant wagged his tongue shortly after the feat. His teammates cheered endlessly, including rookie point guard D’Angelo Russell drawing a technical foul for running off the bench and sprinting along the baseline.

“My body has been through a lot. To be able to get to the basket and elevate and finish like that for me was personally gratifying,” Bryant said. “It was a reward for all the hours I spent from training, working and stretching. It felt good to see that hard work pay off. I was very excited to see them excited.”

Bryant also relished his relatively improved play in the last week. Before missing Saturday’s game in Oklahoma City, Bryant averaged 18.83 points per game on 48.8 percent shooting, 5.5 rebounds and four assists in 29.33 minutes in his last six appearances. During that stretch, Bryant has also taken fewer shots (14.66 compared to his season-average of 17.2) and showed more rhythm for the first time since missing two weeks of training week from a bruised left calf.

“It was a matter of my legs catching up and a matter of my timing catching up, too,” Bryant said. “It is easy for us to get caught up in the emotion of it all and forget to look at the tactics of it all and what my body has been through in the last three seasons. My body has been through a lot. Physically it’s been through a lot. I haven’t played because of it. The last three years, I haven’t had a chance to play that much in the NBA. Timing is off and rhythm is off and things like that. It’s a matter of me being patient with myself and continue to do train and continue to trust the training that I’ve done all summer and continue to do during the season and eventually the timing will come back. That’s what happened.”