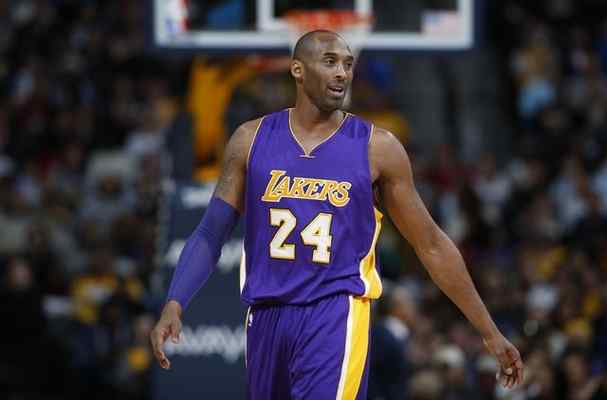 “When I look back when we went up against each other, I saw the competitor in you even though the knowledge wasn’t there,” Jordan said of Bryant, who entered the league in 1996 as a 17-year-old high school prospect out of Philadelphia. “I’m invigorated. I’m very proud of what you accomplished in all your years.”

Jordan then mentioned how the Hornets had selected Bryant with the 13th pick of the 1996 NBA draft, but the Lakers had secured his rights beforehand while trading veteran center Vlade Divac. During that time, Jordan was in the midst of winning six NBA titles with the Chicago Bulls.

“I’ve always been a big brother and you’re a little bother. We communicate with each other,” Jordan said. “Your next step and next career is something you’ll have to figure out. From the competitive standpoint, you’re like me. You’ll have to utilize ways to use that competitive drive.”

Bryant has founded his company, Kobe Inc., which already has an investment in a sports energy drink titled Body Armor. Bryant has a financial stake in The Players Tribune, the website Derek Jeter runs that provides athletes a forum to provide ghost-written articles capturing their perspective. Like Jordan, Bryant has had an extensive relationship with Nike.

But the similarities between Bryant and Jordan mostly involve their demanding leadership style, their quest for scoring and ability to convert in key moments.

“You helped the NBA and helped promote it,” Jordan said. “I’m a big fan and I love watching you play. I’m very very happy for you with what you accomplished within the game and I’m looking forward to see what you do next.”

Jordan then forewarned, “don’t have that great of a game [tonight]. But I want you to stay healthy.”

Bryant had suffered season-ending injuries in consecutive seasons including his left Achilles tendon (April 2013), left knee (Dec. 2013) and right shoulder (Jan. 2015). That explains why Bryant concluded last summer he no longer wanted to play once his contract ends following the 2015-16 extends. After he became one of the first people to know, Jordan told Bryant some advice that he repeated in the video tribute.

“It’s your last year and have fun,” Jordan said. “I look forward toward seeing what you do after this.”