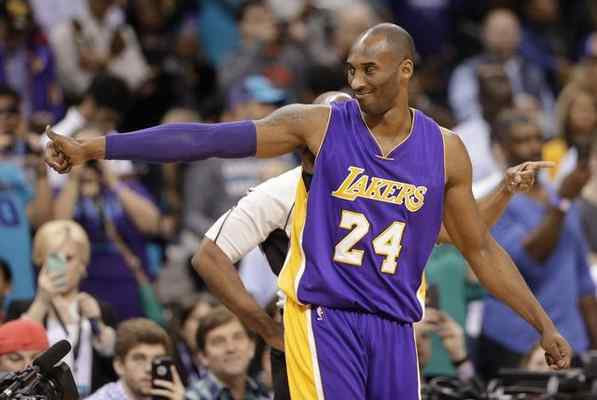 So, as the Lakers (5-27) visit the Boston Celtics (18-13) on Wednesday at the Garden, Bryant will treat his last game with some reverence. He said his wife (Vanessa) and two daughters (Natalia, Gianna) will visit the city for the first time to experience something that apparently has become dear to his heart.

“I’m looking forward to them getting a chance a chance to see the city a little bit, and then to experience the green,” Bryant said. “It’s just a different green. I want them to be able to see it.”

Bryant had said earlier this week that the Celtics green “glows.” Yet, Bryant admitted he “probably” would not glow about green had the Lakers lost the 2010 NBA Finals to Boston. The Lakers pulled that feat off through a physically taxing seven-game series after losing in six games to the Celtics in the 2008 NBA Finals, punctuated by a Game 6 loss in which the Lakers lost by 39 points

That started with Bryant, who scored 24 points albeit on six-for-24 shooting. He also went only 3-of-14 in the first half, shot through countless double teams and admitted he overcompensated in the heat of the moment.

Yet, Bryant made up for his poor shooting night by grabbing 15 rebounds and going 11 of 15 from the free-throw line. Bryant also nailed a 17-foot fade-away jumper to give the Lakers a 68-64 lead with 5:22 left in the game.

“They caused a lot of problems for me,” he said. “I had to figure out how to beat them another way. That’s the responsibility you have to have. You’ve got to figure out some kind of way to have an imprint on the game, and then if the game is close and you have a chance to make a big shot, then it’s your responsibility to make one. Fortunately, I was able to make a nice pull-up jumper and give us a little cushion. But it was a tough game.”

The stakes are hardly as high leading into Bryant’s last game in Boston as the Lakers nurse the Western Conference’s worst team.

“If we were a championship-caliber team, honestly, I would probably come out and say something extremely controversial just to piss everybody off so everybody hates me for one more year,” Bryant said, laughing. “But I don’t need to do that.”

Instead, Bryant said he hopes he does not get booed at Boston Garden, a weird concept to fathom since he once relished the hostile road environments. But as he received endless tributes and countless ovations on the Lakers’ road games, Bryant has embraced the shift.

“It was just so natural to me for so many years,” Bryant said about facing hostile crowds. “It became something that just felt comfortable. It felt a little awkward at first, to be honest with you, to get this praise, but I’m glad they didn’t do this many, many years ago, because it’s like Kryptonite. It would’ve taken away all my energy and all my strength, because I relied a lot on being the villain. Sometimes, the best way to beat the villain is to give them a hug.”