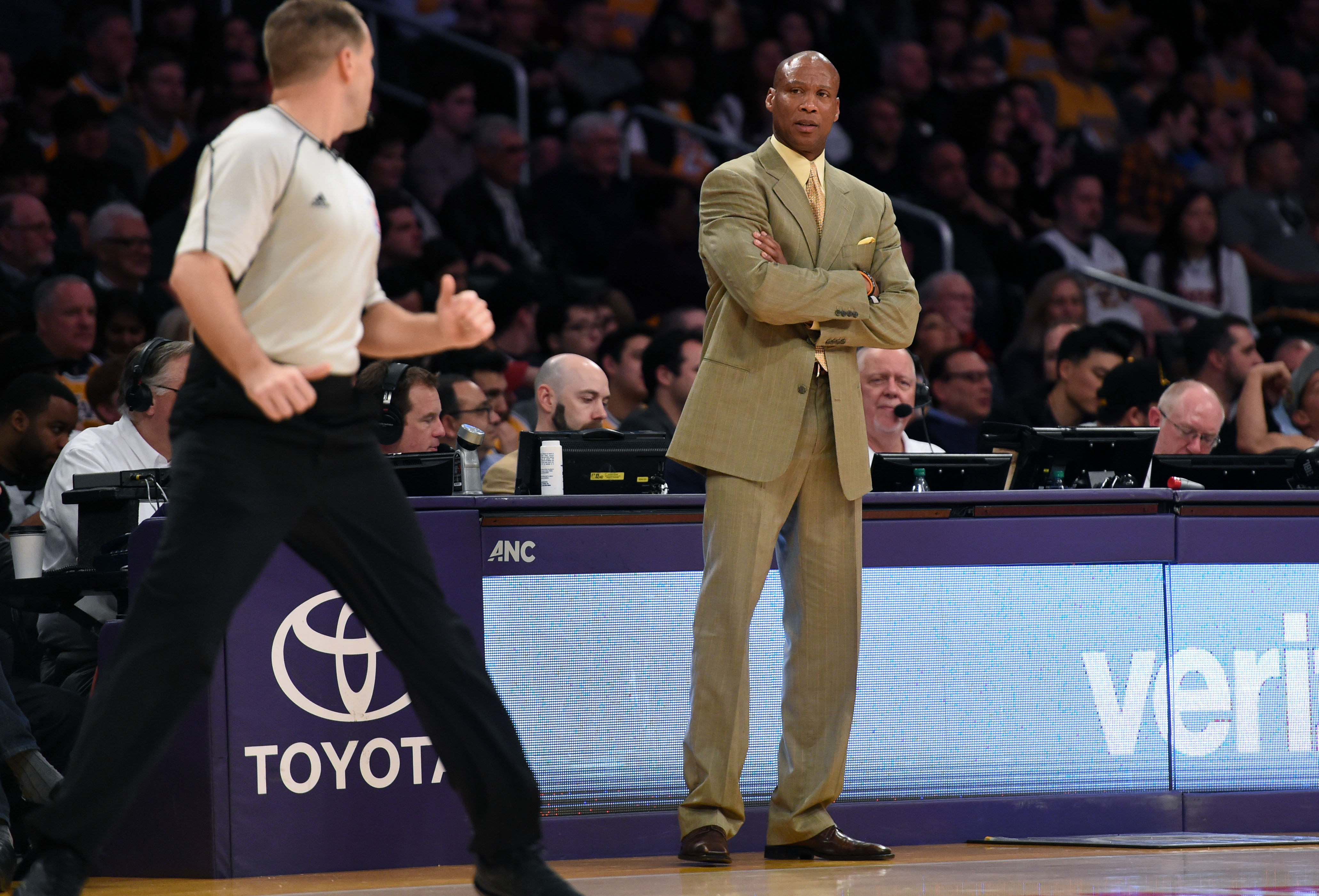 A devastating first year awaited Byron Scott where he oversaw his team fall out of playoff contention nearly as soon as the season began. In the offseason, Scott oversaw his team use its coveted draft pick on a promising point guard. Scott then oversaw a significant improvement as his team made the NBA playoffs two years later.

That made for a relatively successful rebuilding project for the former New Orleans Hornets (2004-09) that entailed a Western Conference semifinals appearance in 2008 and a first-round exit in 2009. But with the Lakers (8-31) hosting the Pelicans (11-25) on Tuesday at Staples Center with the Western Conference’s worst record, can they surpass New Orlean’s rebuilding and make the playoffs next season?

Scott obviously referred to how the Lakers will assemble their roster this offseason once Kobe Bryant retires in what will mark their 20-year NBA career. They will only have a lottery pick if it lands in the top three. Otherwise, the Lakers owe it to Philadelphia as part of the Steve Nash trade. The Lakers will also have cap space to sign up to two players to max contracts.

Scott also pinpointed specifically on how well D’Angelo Russell, Julius Randle, Jordan Clarkson and Larry Nance Jr. have improved, all of whom Scott said have shown “flashes” of their potential this season.

“It’s big for them to continue to get better and better. That requires a whole lot of work,” Scott said. “All of those guys we just talked about are willing to do all those things. Hopefully next year the game slows down even much more for all of them and it becomes a whole lot easier.”

But at this point in time, the current Lakers do not match the 2005-2006 Hornets team that Scott coached.

“We have a lot of similarities as far as that we’re going upward,” Scott said. “The progression is definitely there. I can see the light at the end of the tunnel and see the progress that these guys have made halfway through into the season.”