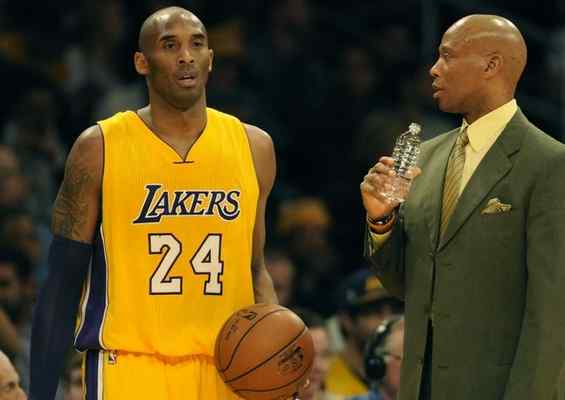 The pain in Kobe Bryant’s right Achilles felt serious enough for him to leave the court in Tuesday’s win over New Orleans after logging only 16 minutes. The pain in Bryant’s right Achilles felt serious enough that Lakers coach Byron Scott reported head athletic Gary Vitti has suggested sitting Bryant for about one or two weeks. According to that timetable, Bryant would miss anywhere between four to seven games.

“He would love to shut him down,” Scott said after Wednesday’s practice at the Lakers’ practice facility in El Segundo. “But that probably isn’t going to happen.”

The reason for Scott’s level of pessimism appears obvious. Although the Lakers (9-31) have listed Bryant questionable to play in Thursday’s game against the Golden State Warriors (36-2) at the Oracle, Bryant will still travel with the team in hopes to play both on Thursday against Golden State and on Saturday against Utah.

Bryant has not spoken to reporters since Friday’s loss to Oklahoma City when he first felt pain in his right Achilles. But he was at the Lakers’ practice facility on Thursday both to receive treatment and get a haircut. On Wednesday, Scott reported Bryant telling him he felt “much better” than when he left in the second quarter of Tuesday’s win over New Orleans and when he missed Sunday’s game against Utah.

“That makes me feel better, but I’m still very cautious,” Scott said before referencing Bryant’s self-imposed pressure to play as many games in his final NBA season. “I know how he is. He wants to try to give the fans their respect as well. The biggest thing for me is we have to sit down and talk about minutes. Obviously he can’t play 30-32 minutes per game.”

Scott has defended his approach for various reasons. He wanted Bryant to shed rustiness stemmed from playing a combined 41 games the previous two seasons amid overlapping injuries to his left knee and right shoulder. Scott also minimized Bryant’s workload in practice and shootarounds. Scott also defended allowing Bryant to play on Tuesday against New Orleans.

“He said he felt good yesterday. You have to go by what players say,” Scott said. “When he says he felt good, I trust that and so does Gary. Once the game started, it was a different story.”

Then, Bryant told Scott he couldn’t get his right Achilles loose. He also sat on the bench frequently nursing heat packs to treat his right shoulder. He skipped three consecutive games at Staples Center this month because of that injury. He missed a pair of back-to-back games in November because of back issues. And he missed two weeks of training camp because of a sore lower left leg.

Hence, Scott said he plans to talk with Bryant, Vitti and Lakers general manager Mitch Kupchak on how to handle Bryant’s workload. Scott hoped all parties could reach what he called a “happy medium.”

“My biggest concern is I want that man to finish the season standing up on the court and getting the respect he deserves,” Scott said. “He might hate me at the end of the season. But if it can get him through the season, it’ll be all worth it.”