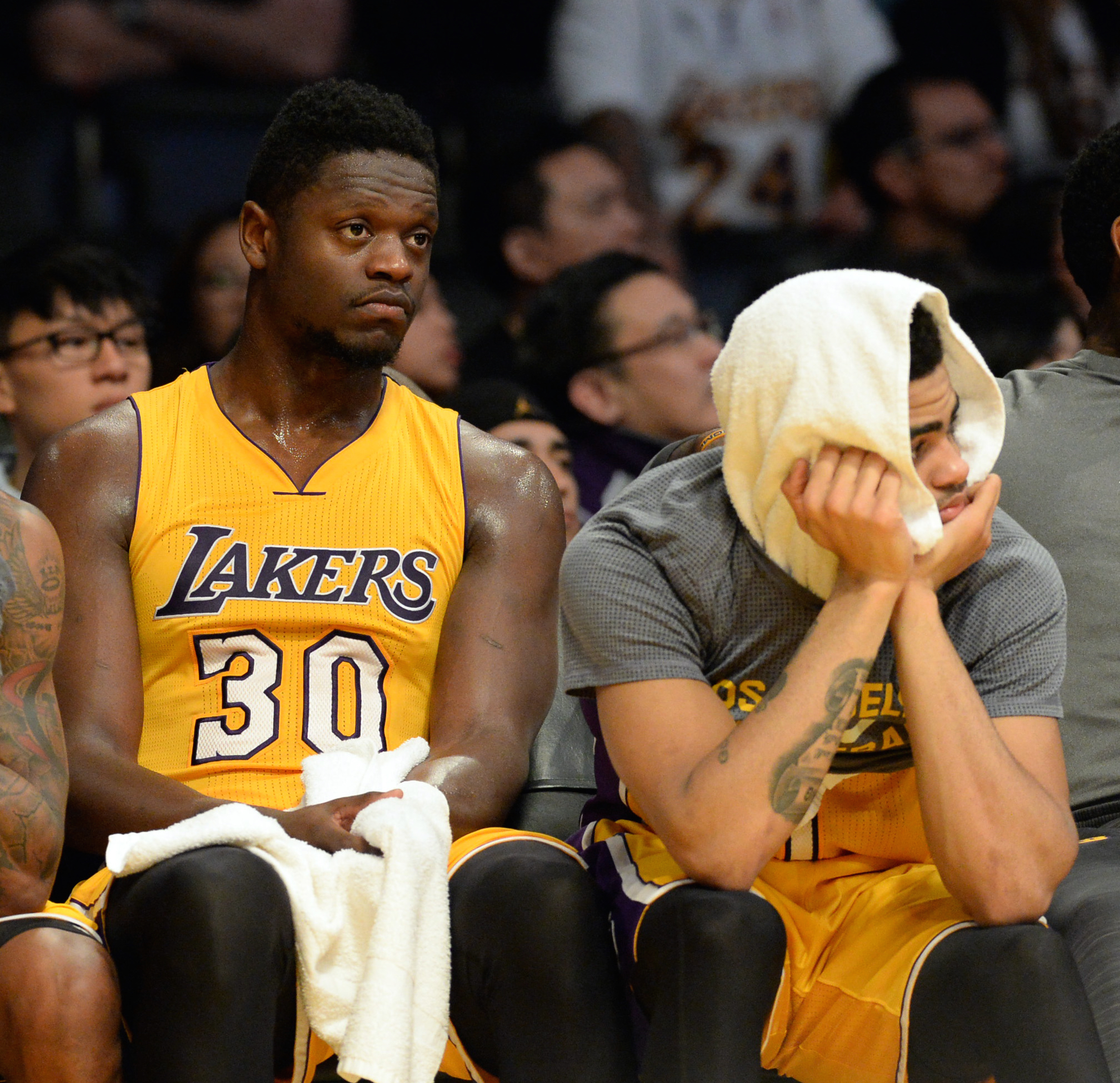 To the Lakers, the words sounded honest, critical and constructive as Kobe Bryant spoke. Bryant delivered a two-minute speech following Saturday’s loss in Portland, unloading a season-long worth of frustration with the Western Conference’s worst record, the team’s development and their attitude.

“‘Don’t blame it on anybody else,”‘ Lakers coach Byron Scott recalled Bryant saying. “‘You can’t blame it on the schemes or you’re not getting the minutes or touches or anything like that.’ His message was, ‘You have to compete every night.’ You have to come ready to compete like he did when he was 18 or 19 years until he’s 37 years old.”

Lakers rookie forward Larry Nance Jr. described Bryant’s post-game critique as “a very heartfelt passionate speech.” Lakers forward Brandon Bass said “he was cool with it.” Scott believed all of Bryant’s teammates “took it the right way.” And Scott predicted this could mark a turning point even if the Lakers (9-37) enter Tuesday’s game against the Dallas Mavericks (25-21) at Staples Center far removed from the playoff picture.

“It’ll give them a wake up call and it lets them know you have a lot of work to do. You’re nowhere near where you think you are at this particular point,” Scott said. “A lot of times you think you’re working hard and you are, but you can work harder. That’s what we’re trying to get our guys to understand, especially in this organization where we only judge ourselves by banners. It’s not easy. You have to put in extra work at times and sometimes it’s a thankless job.”

But the main characters surrounding Bryant’s blistering critique did not address the issue. Bryant did not speak to reporters on Monday since he missed practice for maintenance purposes. Although he responded to the question in a friendly manner, Bryant declined to confirm or deny what he said to Los Angeles News Group on Saturday night. After Bryant singled them out by name in front of the team, neither rookie point guard D’Angelo Russell nor second-year forward Julius Randle spoke to reporters. Yet, the Lakers quickly mentioned both players already had previously scheduled appointments.

“We’ve lost a lot. It’s definitely frustrating. But you have to want to change it,” Lakers second-year guard Jordan Clarkson. “That’s one of the biggest messages. If we want to carry the franchise, we have to figure out a way to change it.”

Nance Jr. said that already started in Monday’s practice where the team followed through on their vow to improve their defensive communication. After all, part of Bryant’s frustration stemmed from the Lakers not following through on their game plan to trap Portland guards Damian Lillard and CJ McCollum, who combined for 64 points.

Will Bryant’s message have more of a lasting impact?

The Lakers have shown steady individual play from their young players in various ways. Russell has scored a combined 39 points on 16-of-22 shooting. Russell has shot at least 50 percent in three of the last four games, while also making 46.7 percent of his 3-point attempts. Randle ranks first in his sophomore class and ninth overall in total rebounds (431). And Clarkson has posted double digits in 23 of the past 24 games.

Yet, the Lakers have not become satisfied with any of their defensive efforts. At various times, Russell and Randle also have shown frustration with both limited minutes and serving a reserve role for the past month.

“You have to get used to it. From AAU to high school to college, it’s different from the NBA,” said Bass, a 10-year veteran. “You have to adjust a lot faster and have to grow up a lot faster. You have to be held accountable.”

Though Bryant has averaged only 15.8 points on a career-low 34.7 percent shooting, he has tried to hold his team accountable in various ways. He has offered a first-hand glimpse of his recovery and practice regimen. He has pointed out various tactics on the floor during play. He has mostly provided positive reinforcement until Saturday’s game in Portland.

Then, Bryant intervened during a team huddle in the third quarter amid frustration over the team’s effort. He then delivered another message in the locker room. After experiencing Bryant’s tough love last season that included a profanity-laced tirade during a practice, Clarkson openly wondered how the Lakers’ current team will handle his feedback.

“Some guys shut down and some guys come in here and work,” Clarkson said. “It’s a two-way street. Which one you going to pick? Shut down or come in and work?”