SAN ANTONIO – Below is a Q&A with an interview with former San Antonio Spurs forward and ESPN NBA analyst Bruce Bowen on defending Kobe Bryant during countless Spurs-Lakers regular-season and playoff matchups. While Bryant averaged 28.6 points on 46.8 percent shooting against Bowen in 22 playoff games, Bowen held Bryant to 26.3 points per game average on a 42.6 percent clip through 32 regular-season contests.

What memories jump out to you in defending Kobe Bryant?

Bowen: “I think obviously he’s one of the best players at that position besides MJ [Michael Jordan]. The biggest thing for me, I knew Kobe was a due diligent person. His basketball IQ surpassed some of the others I competed against. The most critical aspect of Kobe’s game for me was his mental focus. It was comparable to mine about not allowing things to get to the point where you lose focus off of what’s at hand. I can tell you different guys at different moments where they lost focus. For the most part, he understood how important that focus was. Because of that, it wasn’t about the physical aspect. It was about the mental aspect as well. It was a chess game.

What moves are going to be made if this happens? If he didn’t start off well, I knew he was going to drive the ball. I knew he wanted to get comfortable shots in comfortable spots. That’s where it may be happening where you have to work harder. In the process of me trying to work harder, that’s where everything kind of seems to build up even more so as far as ‘Okay he’s not doing so well. I know at any moment he’s going to go off. All he needs is a layup.’ I always said that. It bothered me when Pop [Spurs coach Gregg Popovich] took me out of the game and then I would see him get a layup. My thoughts are ‘I’m not going to shut him out, but at least let’s keep it going where he might question things to the point to where now I have an opportunity.'”

How did you prepare for defending Kobe?

Bowen: “I can’t do anything about him and his thoughts. I just have to make sure I don’t give him things that add to the process of me getting in trouble. A foul early in the first quarter, that put me on the defensive and he knew that. So it wasn’t where some guys, they’ll start shooting more jump shots when I had two fouls. He would attack the basket because he understood I could get another foul. He was so fundamentally sound, you would get to certain spots on the floor and he would utilize basketball plays. I knew he wanted to use his right hand and get to the right elbow. If he could pump fake three times, get you in air and draw a foul, he would do it. Or he could get you to that elbow, pump fake once, create space and then shoot a fadeaway. Those were the little things you had to stay focused on.

When he picked up the dribble, one thing I used to try to do was eat up the space between us so that I’m only jumping when he jumps. Then I have a better opportunity to get a hand up on his shot if I don’t allow him to get me up in the air. So for example, if he’s fading away on a shot-clock shot, now they are not going to bail him out with two seconds on the shot clock. If he’s fading and I jump in, then he’s going to draw that foul.” 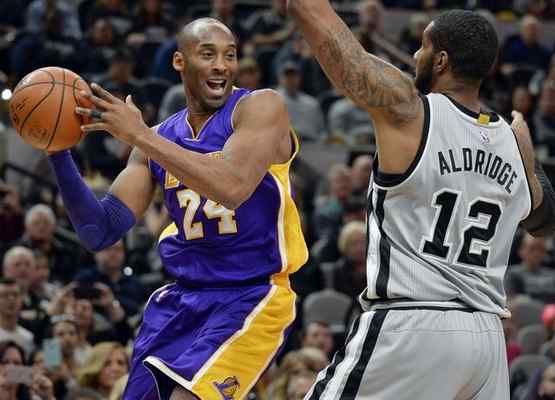 I read you had said you guys initially had disgust for each other and then that turned into respect pretty quickly. How did that outlook on Kobe change?


Bowen: “That’s just the immaturity of basketball players early on (laughs). I remember playing with Miami (2000-01) and I was thinking, ‘I’m going to show him who I am.’ There are moments between players where we can sense what the other player is feeling. I remember how we had a chance against the Lakers, but he and Shaq came through. Even with that, it was more about the process of with us going at it and then when I come to San Antonio, I see him more. Instead of trying to be a guy where I’m going to show him, I immediately changed. I didn’t say anything. But I felt that way.

I give him credit. Because he was so good, I had to give credit where credit was due. In the process of giving someone respect, that means I prepared for him better. I would have to prepare for him a little more. As that took place, it was almost like we both started that process. There was no trash talk between the two of us. I remember one time a teammate in San Antonio said, ‘Tell him this Bruce!’ and Kobe said, ‘Bruce I can’t do this against you?’ It wasn’t that he was asking. It was more like ‘I’m going to show you.’ I immediately said, ‘Did you hear me say that?’ That was part of some of the things of our respect for one another came to fruition. The one thing that he did that no one will ever knew about is one year he said to me coming out of halftime, ‘Let me be the first to congratulate you on being the defensive player of the year. I was like, ‘I appreciate that Kobe.’

Of course, I didn’t get it. I’m like this is total crap. Marcus Camby got it that year (in 2007). I don’t care what you say. All the other bigs ate Camby up. I was so disgusted with these coaches that were able to politic for their players to get defensive player of the year and you writers would just believe whatever the coaches said. Now I’ve vented enough about it now (laughs). Back to Kobe. 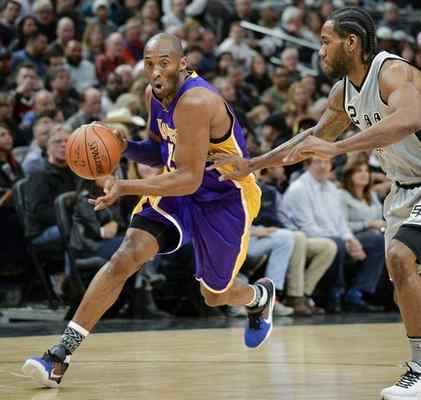 Bowen: “It was one of those things where when Derek [Fisher] hit that shot with .04 seconds [in 2004], I saw Kobe reenergized. It was more or less, ‘We got a gift here. Let’s take advantage of it.’ That’s basically what they did. For so many of those moments, it was just about the grit. I remember one year Kobe beefed up or something. He was like, I’ve been in the weight room. I was like, ‘Yeah, but I don’t think that had anything to do with whether you’re skinny or buff. You still got the capability of taking 40 shots in a game.’ It was early in the season. He wasn’t that buff after the season.”

What was the difference you guys showed in beating the Lakers in 2003 as opposed to losing the other playoff series you faced them?

Bowen: “Honestly, I think it was just sometimes it’s hard where they’re coming off a three-peat and it’s hard to keep that focus. You’ve done it not just twice, but three times. It’s really really hard. You bring in the inner circle stuff with Kobe and Shaq. I understand. Part of the deal for me is I understand the process of winning. When you win an NBA championship and you see it with someone else, you talk about disorders and the different compulsive behaviors. You want that trophy once you have a taste of it. Every single year it’s not with you, you’re trying to plot and scheme and trying to figure out a way to do it again. That’s the thing.

Had those teams not had Kobe and his mental aspect and the way he pushed guys there, the Lakers wouldn’t have won as many championships during that time with Shaq. You need that person to pardon my French be an [expletive] for other guys for the sake of winning. That is something that people have a problem with. So many people are happy with getting there or possibly thinking, ‘Oh okay, we had a good run.’ No it’s about continuously giving that effort and being the best you can be if you truly love something. That’s the greatest difference.
I love the game of basketball. I did all that I could to make sure at the end of the day, if I look back, I don’t say things like, ‘I wish I would’ve done this against Kobe.’ I wish I did that against Kobe.”

What did you think of your reputation as a dirty player, including Phil Jackson’s nickname for you?


Bowen: “People are entitled to their opinions. Phil’s thing was Edward Scissorhands. That’s why I respect Kobe more than any other player. He knew I wasn’t out there trying to hurt him. He knew it was about competition. When we would talk about different things, I got fined (laughs) for kicking Ray Allen. I was wrong and I said that. There were no qualms about it. We were playing in L.A. two days later. Before the jump ball, Kobe says, ‘Man, you got fined for that? At least get your money’s worth!’ (laughs). It was one of those moments.

There are things that I keep between me and him even today. Watching him when he played here, I don’t go to a lot of the games. But I went early just so he and I could have a chance to sit down and rap. We were there and got to talk for 30 minutes. The thing is that has nothing to do with either player trying to get an edge. Before, that’s what it was about. You didn’t want to give up anything. ‘I don’t want him to know this. I don’t want him to know that.’ I remember one time one of our strength guys, he said, ‘I saw Kobe today.’ I think he’s tired. This is a guy that doesn’t know anything about basketball. I just ignored him. With some guys, tired is a physical thing. With other guys, it’s not about that. It’s more about the process of when that even comes about, that’s not going to happen. ‘My mind is stronger than that. I will overcome that.’

That’s the part I’ll ultimately understand about him. It’s similar in our thought process. I’m not saying I was the player that he was. But I felt like there were a lot of similarities he and I had, especially when it came to understanding the game.”

Obviously Kobe’s career is what it is. But what’s your view on how all those matchups against the Spurs shaped him?

Bowen: “I think he respected the IQ of Pop and Tim. Everything was built around Tim. We kept adding as the Lakers already had. In comes Manu, I remember Kobe said, ‘Hey Bruce, who’s that guy?’ I said, ‘You’re going to get a chance to see.’ That’s what it was. People don’t realize what a high IQ Kobe has when it comes to basketball. People are going to realize during his time in Italy is when he learned so much about the game. He had Tex Winter coming in over there in Italy. You had Red Auerbach over there talking about the fundamentals of the game in Italy. This is about someone who appreciates the game and understands the game as well. Now, I think Pop reminds him of a lot of the people he learned the game from as far as someone that is fundamental and you had Tim. That was always the deal of Tim Duncan versus Shaq. Who would you take? Everyone knew that Tim’s fundamentals were solid. Tim worked at it. That’s part of the process that helped us continuously meet each other come playoff time. You had two of the best teams in the West both doing those things.”