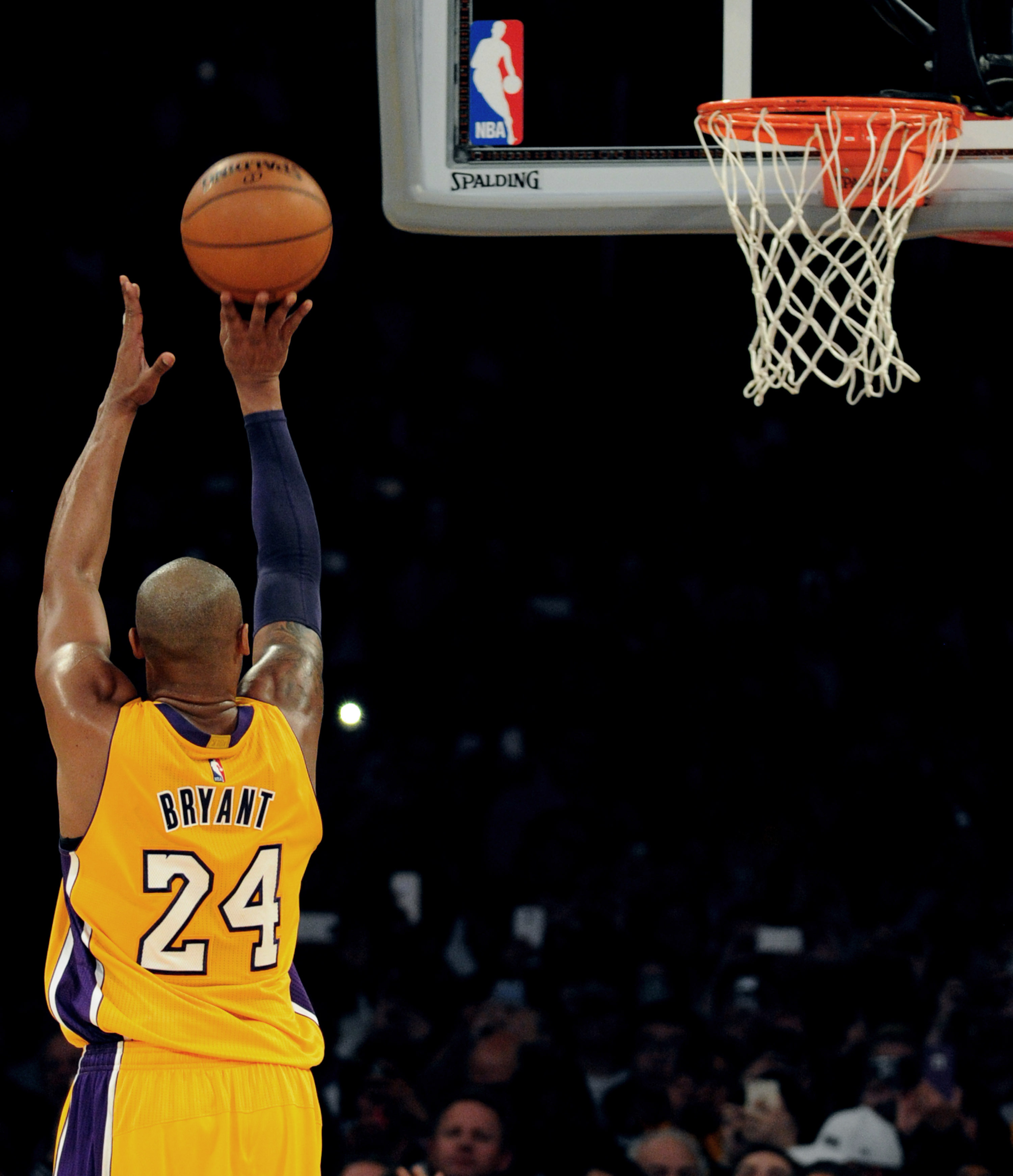 INDIANAPOLIS — The issue often made Kobe Bryant upset, as the Lakers’ guard saw his star teammate struggle with something so basic.

Former Lakers center Shaquille O’Neal rarely could make a shot at the free-throw line. The same frustration emerged for Bryant when Dwight Howard struggled with the same job description during their lone season together with the Lakers three years ago.

But even if his former centers’ struggles cost the Lakers some games, Bryant strongly argued against NBA commissioner Adam Silver abolishing the so-called “Hack a Shaq” tactic. That entails intentionally fouling poor free-throw shooters to send them to the foul line.

“That sets a horrible example for the kids, honestly,” Bryant said. “You can’t protect guys because they can shoot free throws. They’re getting paid a lot of damn money to make a free throw, dude. I think it sets a bad precedent. I wouldn’t change it.”

Even when he played with Howard, Bryant never complained about the intentional foul tactic. Instead of bemoaning the strategy disrupting the flow of the game, Bryant vented that Howard represented one of many former AAU players that were never held accountable for developing all parts of his game.

“AAU and all these other camps, they pretty much wanted him to play inside the paint his entire career ever since he was 12 years old,” said Bryant, who spent most of his childhood playing basketball in Italy. “They wanted him to dunk everything, finish everything and he didn’t want to shoot it [from the outside] because he’s bigger than everybody. As a consequence, they left out the shooting aspect of his game. You contrast that with some of the European players who grow up, they’re taught at a early age on how to play all aspects of the game, ball handling, shooting. I think it’s really just about our system in the states and how we teach kids how to perform.”

Although O’Neal posted similar numbers from the free-throw line in both the regular season (52.7 percent) and playoffs (50.4 percent), Bryant noticed a different mindset.

“Shaq had a tough time at the free throw line, but he got to a place in critical stretches of ball games where he really knocked them down,” Bryant said. “Maybe they were only 50 percent, but it seemed like in games in the big ones where he didn’t miss them. He got to that place just by working. It meant a lot to him. He took on that responsibility to make them.”