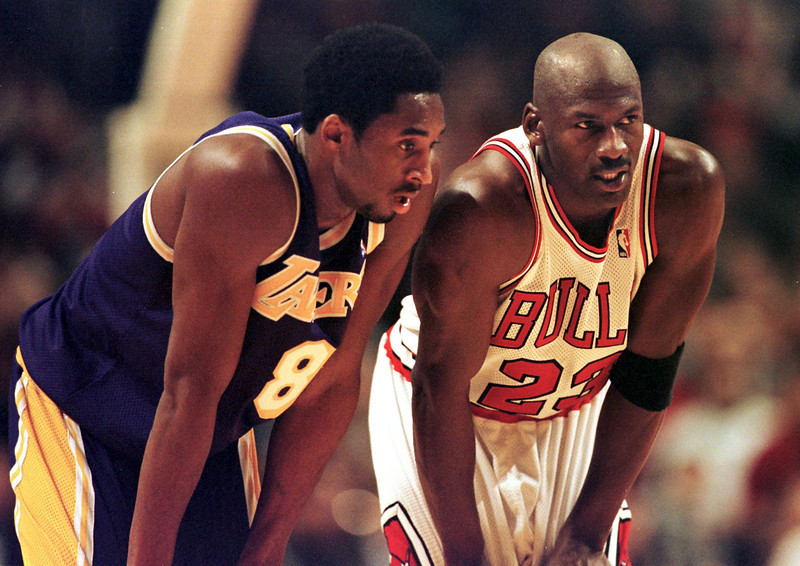 TORONTO — The words struck an emotional chord for Kobe Bryant as he heard his idol and mentor gush about his talent.

Michael Jordan, the Hornets owner, spoke eloquently about Bryant’s talent and competitiveness in a tribute video broadcast last month in Charlotte as part of Bryant’s farewell stop. But the gestures did not stop there. Jordan also presented Bryant with his entire Nike catalog, which includes 30 of Jordan’s various shoes in brilliant white. The gift brought Bryant full circle considering he wore Jordan’s shoes both as a child and at varying points of his career, including the Jordan III and Air Jordan VIII during the 2002-03 season.

All of which sparked a close moment when Bryant and his wife, Vanessa, attended Jordan’s NBA All-Star party on Saturday night.

“‘I told him you have no idea how much I worked to try to find a pair of shoes when I was in high school,” Bryant said. “Now I have the whole collection. It’s pretty sweet.”

So sweet that Bryant maintained he will “make room” to ensure he has enough space to feature the collection in his Newport Beach residence. Meanwhile, Nike said it also accompanied the gift with an alternate full set of the Air Jordan line in black. Those shoes will be auctioned off via eBay For Charity beginning on Saturday and ending on Sunday at 12 p.m. EST.

“That’s amazing,” Bryant said of Jordan’s gift. “He and I have had such a beautiful relationship. When I first came into the league, he’s really been a big brother to me throughout this entire journey.”