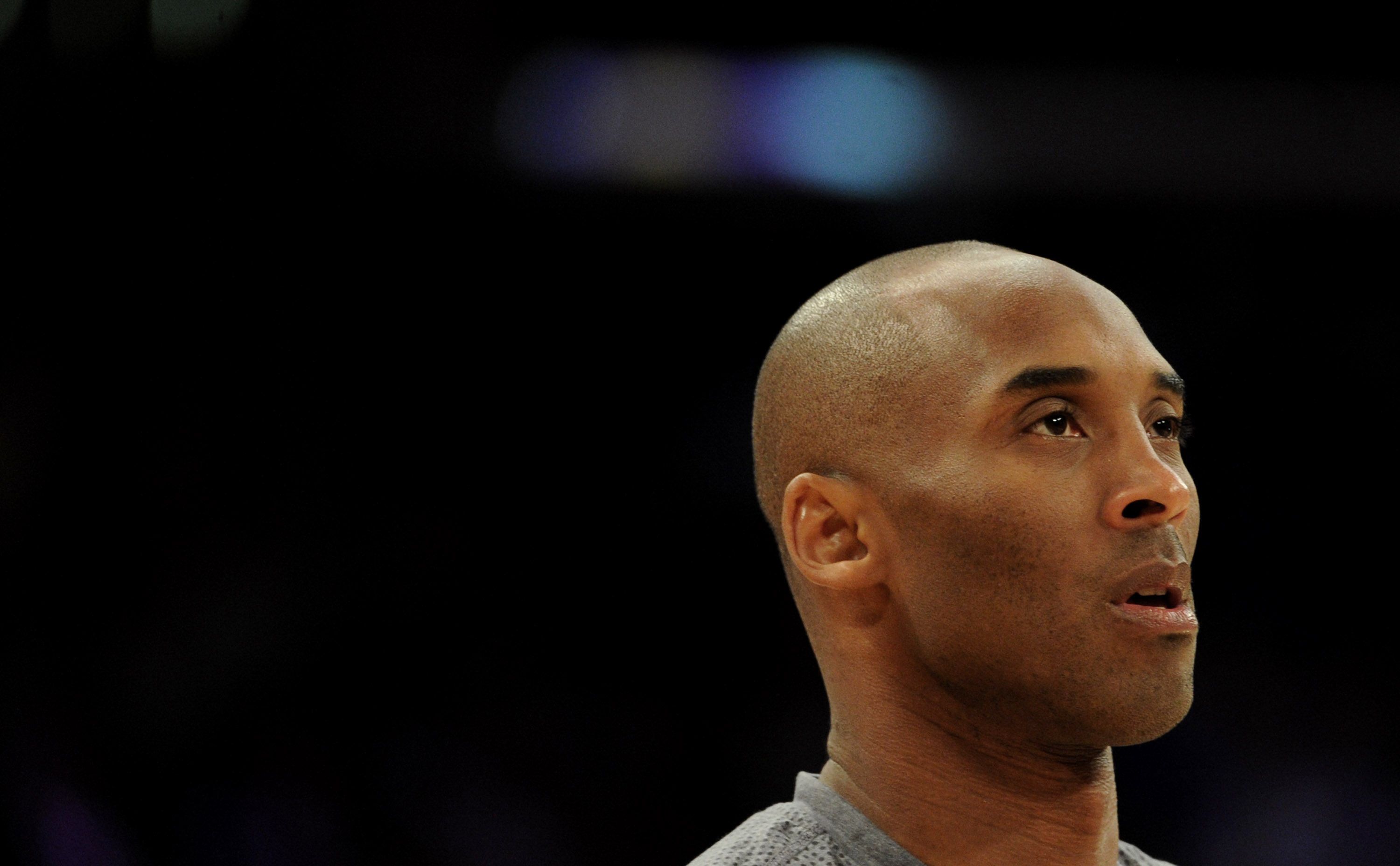 Los Angeles Lakers’ Kobe Bryant prior to a NBA basketball game against the Minnesota Timberwolves at Staples Center on Tuesday, Feb. 2, 2015 in Los Angeles.
(Photo by Keith Birmingham/ Pasadena Star-News)

TORONTO — The legacy grew every time Kobe Bryant shot the ball. Bryant’s game-winning shots showed his desire both to seize the moment and perform under pressure. Bryant’s misses revealed how his approach bordered on confidence and stubbornness.

So when Bryant makes his 18th and final NBA All-Star appearance on Sunday at Air Canada Centre, the perfect last chapter for the Lakers’ 37-year-old would arguably play out this way. Bryant picks up his fifth All-Star MVP award to break Bob Pettit’s record. Bryant scores a lot of points to ensure he remains for now the league-leading scorer in NBA All-Star history. Bryant makes a game-winning shot and his teammates lift him up.

Sounds like quite the storybook ending, no? Bryant apparently doesn’t think so.

“My storybook ending would be to enjoy this experience and help these young guys get there,” said Bryant, who repeated he would to play somewhere around 10 minutes as opposed to the 27.71 minutes he averaged in 14 All-Star appearances. “I’ve had good experiences and I’ve had MVP’s here. These opportunities don’t come around often for the young guys. It’s important for them to take advantage of the moment while it’s here. I’m here to help them.”

Yet, Bryant did not sound thrilled about the idea that his Western Conference teammates could hep him. Bryant reported dismissively questioning Golden State Warriors guard Stephen Curry after the NBA’s reigning MVP told him, “I have a lot of assists for you.”

“I said, ‘No. What are you doing? You’re a shooter. You grew up watching me. What the hell are you talking about that you want to pass me the ball at an All-Star game. Are you crazy?”

Bryant has put up crazy numbers in NBA All-Star history. He has a league-leading 280 points, with LeBron James trailing by only two points. Bryant also posted 37 points to win his fourth All-Star MVP in 2011 at Staples Center, a mark that trailed by only five points to match Wilt Chamberlain’s league-setting 42-point game in 1962.

Even when Michael Jordan played his final All-Star game in 2003 in Atlanta, Bryant did not allow the emotion surrounding that night to cloud his own competitiveness. After Jordan made a potential game-winning fade-away jumper with 4.8 seconds left in overtime, Bryant drew a foul on the next possession and forced double overtime.

Bryant insisted he sounded more than okay if another teammate or opponent stole his thunder just as effectively.

“That’s how I showed respect to MJ and Clyde Drexler and those guys,” Bryant said. “I take the things I learn from them and the competitive spirit from them, and give it back to them. That’s the cycle of the game and nature of the game. I would love nothing more than that.”