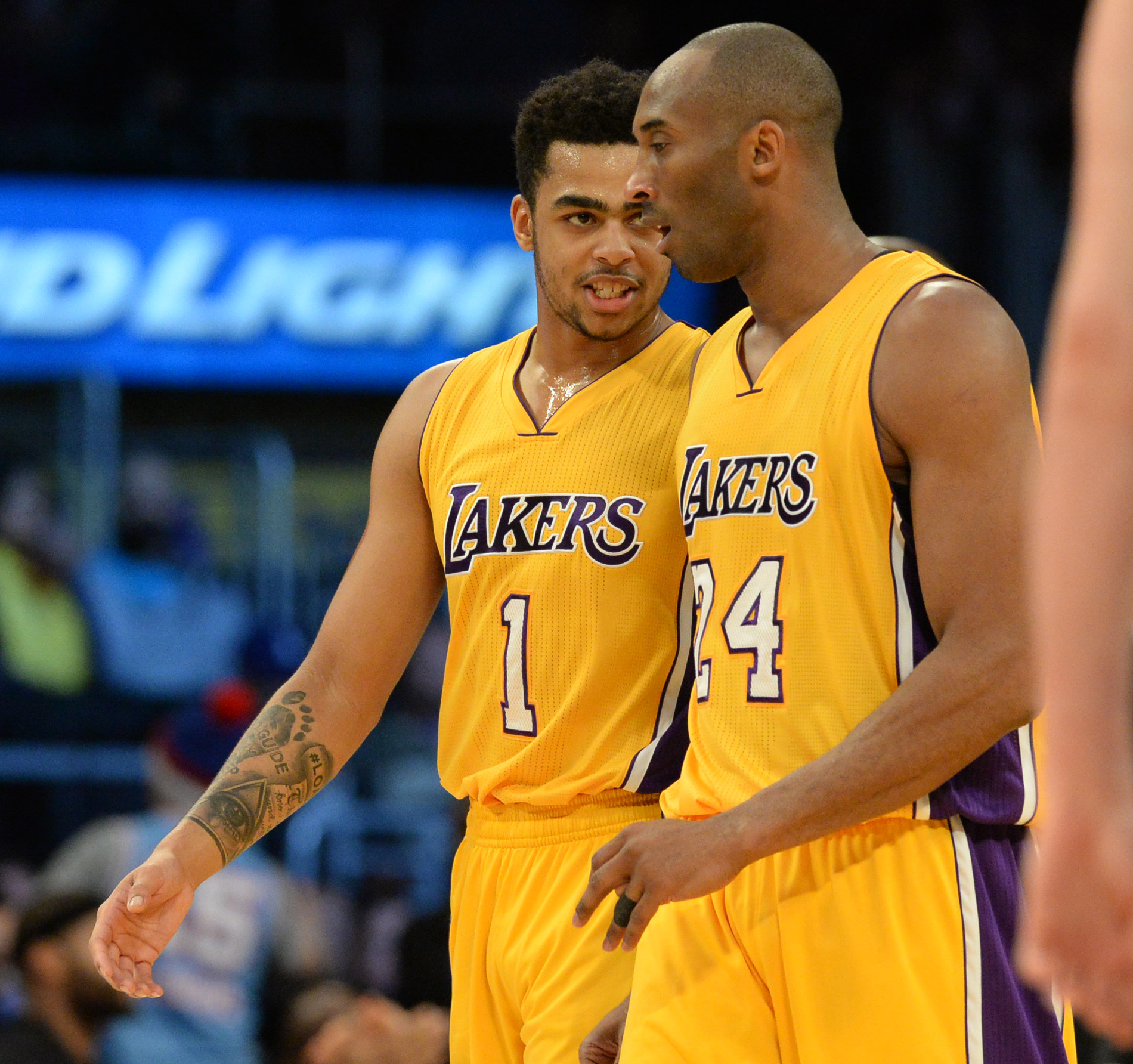 TORONTO — The cheers represent the soundtrack to Kobe Bryant’s farewell tour. The endless video tributes provide the highlights. Bryant’s nostalgia as he reflects on his accomplished 20-year NBA career tell the story.

But there marks more to Bryant’s final NBA season. The Lakers (11-44) are competing more for lottery picks than playoff positioning. Bryant experiences fluctuating trends with his health and shooting accuracy. And Bryant has gone through this while playing with a roster that were mostly toddlers when he first entered the NBA. That issue becomes more complicated amid Bryant’s commanding offensive presence both with scoring and handling the ball.

“Honestly, it’s hard. It’s not easy,” Lakers rookie point guard D’Angelo Russell said during NBA All-Star weekend. “He’s a guy that’s earned every shot he’s taken and earned every minute he’s given. So you feel like being a rookie, but you feel like you’ve worked to be in his
position so early. But you’ve just got to be patient.”

Relative to the rest of his career, Bryant has shown more patience. He smiles after he makes mistakes. He encourages teammates after they make their own. Although Bryant said the losing still eats at him, the Lakers’ 37-year-old star still appears happy afterwards.

“He eased up on us a little bit because it’s his last year,” Lakers guard Jordan Clarkson said. “But he pushes us every day. On the court, you might see him get after us. He’s always trying to get the best out of us.”

Bryant ripped into the team last month in Portland after doing little to stop Damian Lillard (36 points) and CJ McCollum (28 points). Bryant even singled out Russell and Julius Randle by name. Since then, Bryant has admitted he has instructed Russell not to allow his fluctuating role and external criticism to compromise his work ethic and focus. Russell has declined to address that issue, but he addressed in general terms what it’s like playing with him.

“You got to see it firsthand. Game days he’s so focused you can’t really knock him off, distract him or anything like that,” Russell said. “He’s always focused … It’s something we can definitely take and add.”

Bryant also has pointed out ways his teammates can improve. Although the Lakers love Clarkson’s work ethic and scoring mentality, Bryant echoed the coaching staff’s hopes that Clarkson excels better on defense.

“That’s what I got to do to be a great player,” Clarkson said. “There’s not too many great guys that didn’t play both sides of the ball. He knows his stuff. He’s been around. You definitely take it in stride and work on it.”

Meanwhile, Bryant has continuously tried to work on his game. Although Bryant has averaged only 16.9 points on a career-low 34.9 percent shooting, he has occasionally provided what Russell called “Mamba moments.”

Bryant posted a season-high 38 points on 10-of-21 shooting this month against Minnesota. He made a clutch 3-pointer that secured the Lakers a win in his last game in Boston. Bryant also threw down a dunk two months ago against Houston.

“When he shows up when he does, he’s a showman and you really enjoy it,” Russell said. “It doesn’t bother me. He’s deserved every bit of this farewell tour. Even though we’re struggling, he deserves it all.”