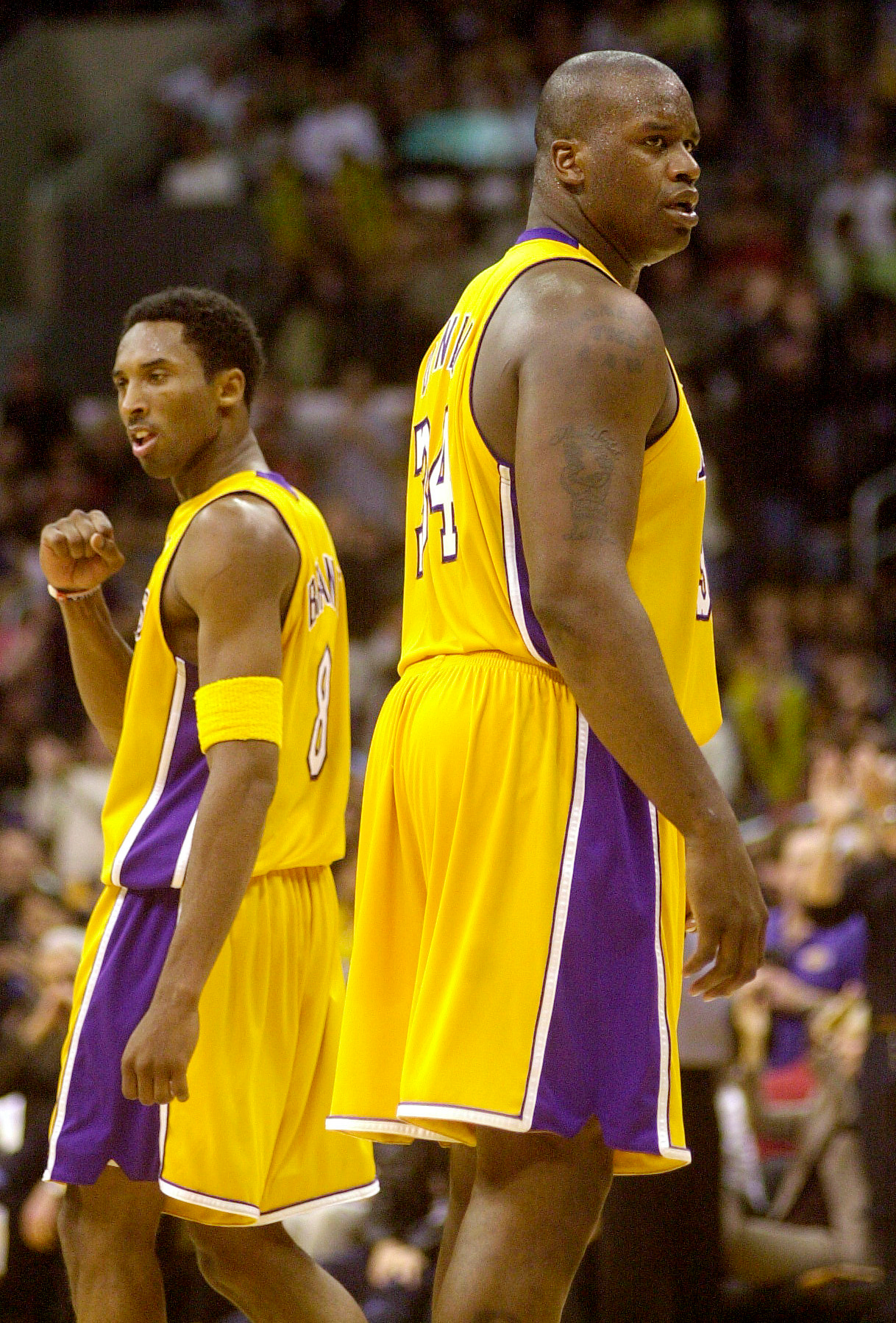 CHICAGO — The narrative already appears written. Once Kobe Bryant walks off the basketball court for one last time in two months, it will be retold all the way toward his inevitable Hall of Fame induction.

But there will also include a footnote about Bryant’s acrimonious relationship with former Lakers teammate Shaquille O’Neal. The tandem won three NBA championships together (1996-2004). But with the Lakers accommodating O’Neal’s trade demand in 2004, there forever marks the unanswered questions if both Bryant and O’Neal left more rings on the table if they could have ironed out their differences.

Yet as much as Bryant professed growing up that he “always wanted to win multiple championships,” he also conceded he wanted to do so on his own terms.

“It was always the challenge of ‘Kobe can’t win without Shaq,'” Bryant said following the Lakers’ loss to the Bulls on Sunday at United Center. “If I would’ve gone my whole career and we would’ve won championships, God bless you guys, but you guys would be saying in the Hall of Fame speech, ‘You won with Shaq.’ I don’t want to hear that. I don’t want to hear it. I knew I had the determination to do it. I was either going to sink or swim. At some point, I was going to have to take that challenge. Either you guys were right, or I was right. But I had to take that challenge.”

The challenge worked. Bryant won more two NBA titles in 2009 and 2010 after the Lakers acquired Pau Gasol from Memphis in Feb., 2008. Bryant’s last game at United Center brought another reminder of that partnership considering Gasol signed with the Bulls as a free agent in 2014. Gasol played a large part in Chicago’s pre-game video tribute for Bryant. After the game, Bryant and Gasol hugged each other repeatedly and talked extensively.

Yet, Bryant admitted having some unsettled business amid a few circumstances. Bryant lost in the NBA Finals twice in 2004 (Detroit) and in 2008 (Boston). Bryant also spent the past three years experiencing season-ending ailments and is on pace to miss the playoffs for the third consecutive season.

“If there’s something I wanted to accomplish, that window is gone,” Bryant said. “I’ve been very very fortunate to say when I was a kid, I always wanted to win multiple championships. That was the one thing that I wanted to do is win as many championships as Magic [Johnson] had won, [Larry] Bird had won and Michael [Jordan] wound up winning. That was the one thing I always wanted. Everything else came with that. I felt like I left a couple of championships on the table so that’s going to be something that’s always going to be there. But all in all, I’ve been very very blessed.”

And that includes Bryant proving he could win a title without his dominant sidekick.