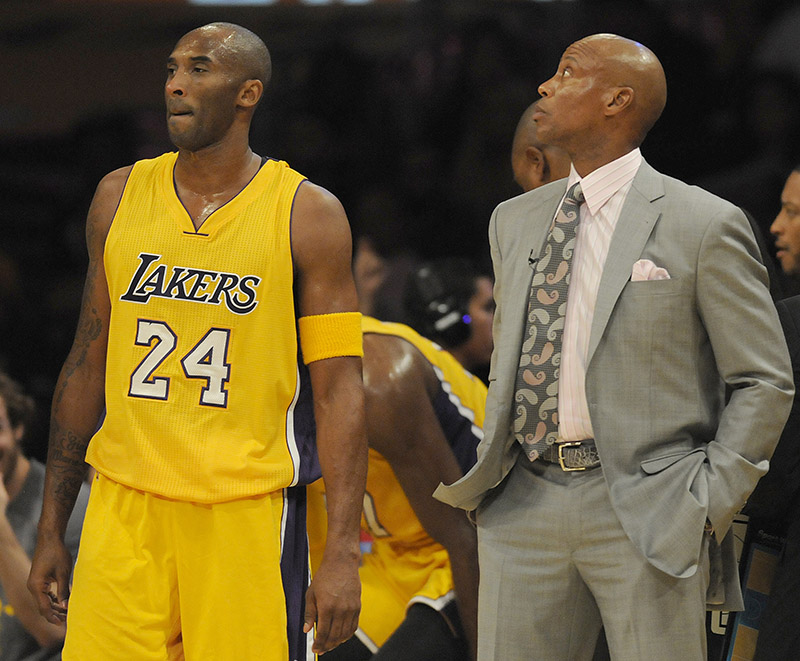 Another day has passed for Kobe Bryant to heal his sore right shoulder. But that has not marked enough time for Lakers coach Byron Scott to change the odds of Bryant playing when the Lakers (14-51) host the Cleveland Cavaliers (44-18) on Thursday at Staples Center.

Bryant has missed four of the Lakers’ past six games because of his latest injury, including Tuesday’s win over Orlando. Yet, Scott downplayed whether Bryant’s recently frequent absences has sparked even more concern regarding the Lakers’ 37-year-old-star with only 17 games left before his 20th and final NBA season ends.

“I thought it was going to be like this once he hurt it,” Scott said, which occurred shortly before Bryant threw down a one-handed dunk against Houston on Dec. 17, 2015. “The game is physical and you get a little bit bumped up and more bruised up with each game that you play. This isn’t something that’s shocking me at all.”

Bryant’s appearances in recent games have also become limited. He played only 11 minutes last week in his final game in Denver before missing the second half. Bryant also logged 25 minutes on Sunday against Golden State before sitting out of the fourth quarter. But Bryant missed Tuesday’s game against Orlando despite Scott’s revelation that “felt pretty good” on Tuesday morning only for the shoulder to “bother him” later in the afternoon.

Bryant has averaged 16.7 points on 35 percent shooting in 28 minutes per game through 51 of the Lakers’ 65 contests.

“We all would love him to play 15-25 minutes and just go out and do the very best he can,” Scott said. “But you know that’s not him. If he plays, he wants to go out and play the best he can. I’m hopeful tomorrow he’s healthy enough to play.”