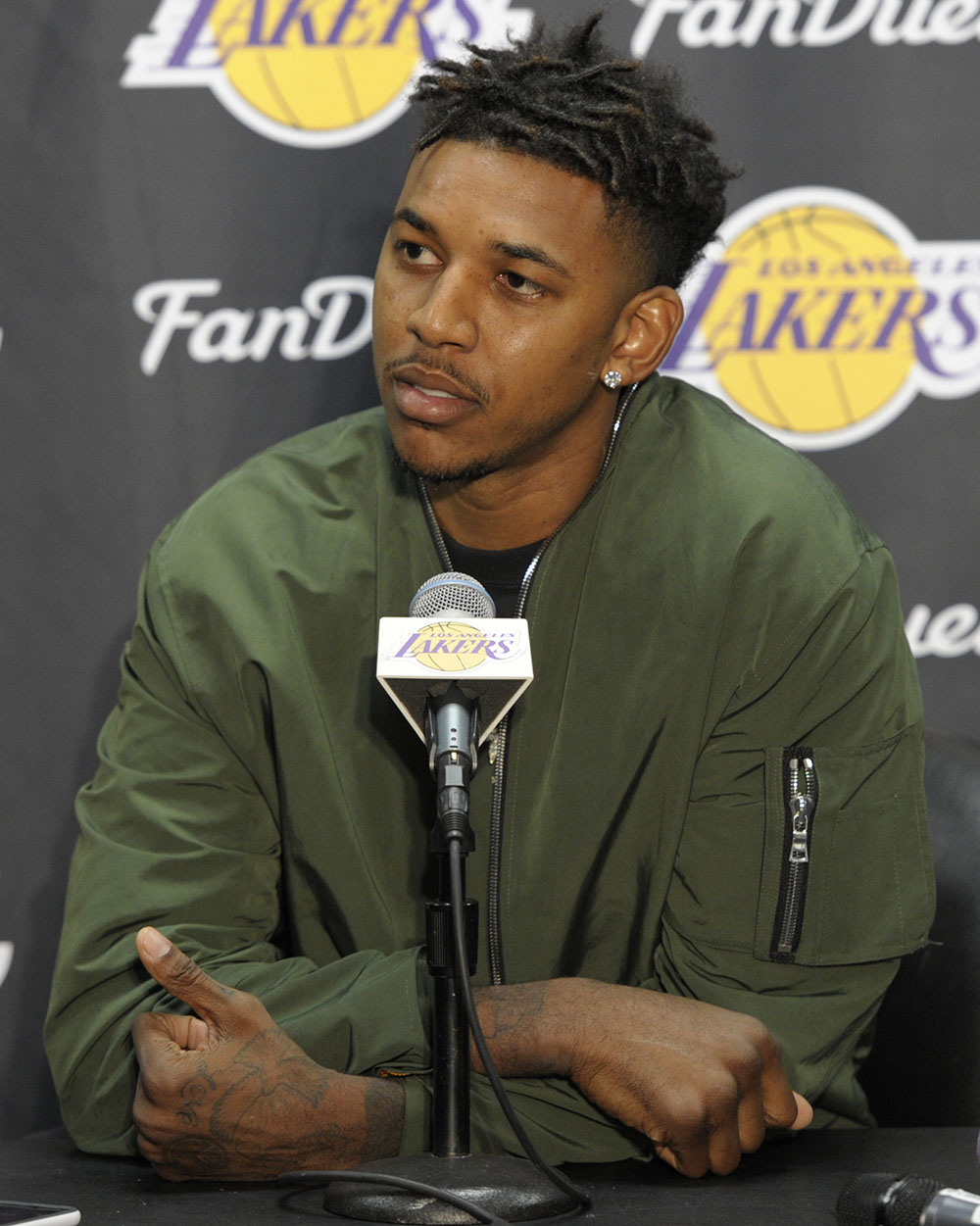 The phrase “basketball reasons” might bring a whole new meaning to the Lakers other than the infamous nixed Chris Paul deal.

It could also explain why Lakers coach Byron Scott placed Nick Young on the inactive roster in Sunday’s loss against Boston.

Scott said he has not decided if the same thing will happen when the Lakers (16-60) play the Clippers (48-28) in a designated road game on Tuesday at Staples Center. Yet, Scott stressed Young’s absence on the bench on Sunday had nothing to do with avoiding any problems with rookie point guard D’Angelo Russell. He secretly recorded a video that was inadvertently posted showing Young admitting he has cheated on his fiance, Iggy Azalea.

Instead, Scott believed Young is “not here with us mentally.” It has not helped Young already has averaged 7.3 points on a career-low 33.9 percent clip.

“It was strictly a basketball decision,” Scott said. “It was all based on because I know how he’s feeling right now. He’s not really here with us.”

Young looked joyful during Monday’s practice. He completed shooting drills with teammate Metta World Peace. Young also laughed and smiled some more when he played basketball with two fans through Door of Hope, which provides housing for the less fortunate. Those images contrasted toward the anxiety and anger Young has felt in recent days.

Even before the video became public, however, Young experienced a drastically reduced role. He has missed the past 11 games, including two that the Lakers attributed to a stomach bug that coincided when the video hit social media. After the two clashed last year over Young’s play and Scott’s criticisms, Scott credited Young for “doing what he’s asked to do” to improve his weaknesses.

“It’s been tough. This is probably the icing on the cake as far as how tough it can be,” Scott said. “He didn’t get off to a great start. His shooting has not been what it has been in the past. It went even a little downhill to the last couple of months. The situation last week didn’t help. We all as coaches, players and everybody feel for him and we understand the situation he’s in. It’s a tough situation.”

Lakers, Kobe Bryant ratchet up intensity in 107-100 loss to Celtics