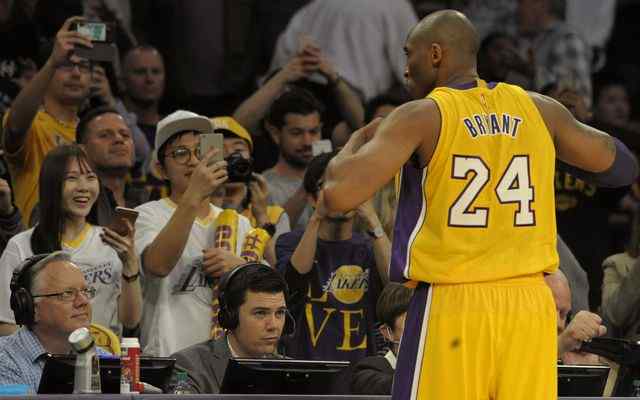 His jersey fills up Staples Center, every opposing venue and sporting goods stores around the world. His shoes squeak on NBA hardwoods, outdoor blacktops and indoor gyms everywhere, too.

With Kobe Bryant less than a week away from playing in his career finale on April 13 against the Utah Jazz at Staples Center, AEG has released exclusive Bryant merchandise that go beyond the normal apparel any fan can wear in the stands or on the court.
For $38,024, you can buy an 18-karat gold black lambs leather cap through Lakersstore.com. Or if you would like to save some money, you can purchase a purple diamond cashmere cap for $24,008.

“The vision and creation of the “24 Collection” started more than a year ago when we challenged the New Era Cap design team to create items to commemorate one of the Lakers’ all-time greats and most popular player in team history. After sharing our vision with our partners, the “24 Collection” was created,” Vice President of AEG Merchanise Sean Ryan said in a statement. “An athlete like Kobe Bryant only comes along once in a generation and to celebrate his incredible twenty year career we feel we have really captured it with the over forty five exclusive items available for fans who want to celebrate the history that they have witnessed.”

Fans can purchase any of those items at Lakersstore.com, which will begin shipping on April 13. The Team LA Store at Staples Center will sell those that merchandise when they from 8:24 a.m. to 4:30 p.m. PDT on April 13.