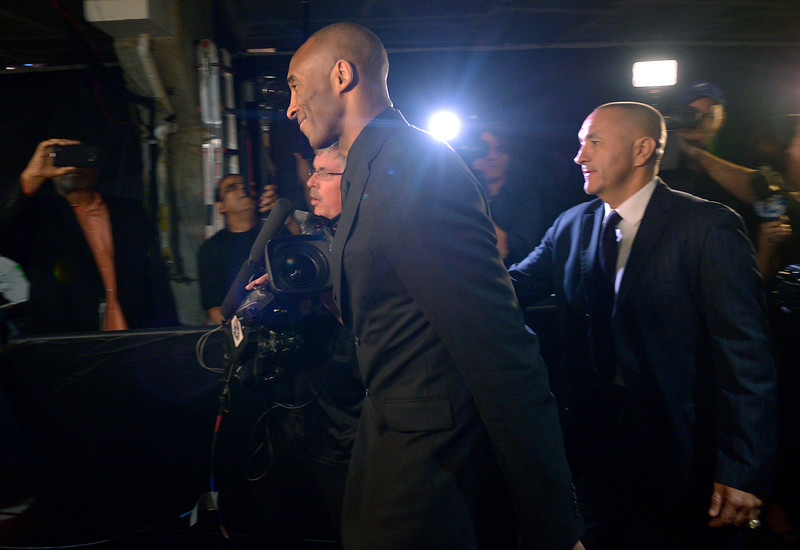 For a player who devoted countless hours on the hardwood, it did not take long for Kobe Bryant to find his other calling.

That will include the premier of “Dear Basketball,” an animated short film on SI.com for a fall release that expands upon Bryant’s retirement poem he published for “The Players Tribune” website on Nov. 29, 2015. SI Films will also release mini documentaries that shows behind-the-scenes footage of the animation process.

Bryant will narrate the short film that Glen Keane will animate and John Williams will compose with a musical score. Keane worked on various Disney films, such as Aladdin, The Little Mermaid, Beauty and the Beast, Tarzan and Tangled. Williams has won five Academy Awards for his film scores for Fiddler on the Roof, Jaws, Star Wars, E.T. and Schindler’s List. Williams is also well know for his music compositions for Superman, the Indiana Jones series, Jurassic Park and the Harry Potter films.

“Dear Basketball is the perfect tribute to something I’ve loved for so long,” Bryant said in a statement released through Sports Illustrated. “Glen and John are two legends in their industries, so to partner with them on the creative process is a dream come true. Working with Sports Illustrated on this special project is an amazing opportunity to hopefully inspire fans all over the world.”

Bryant founded his company, Kobe, Inc. in 2013 and brainstormed various ideas in between season-ending injuries to his left Achilles tendon (April 2013), left knee (Dec. 2013) and right shoulder (Jan. 2015). Bryant also released his “Muse” documentary on Showtime in Feb. 2015 and in China in August 2015 through the Alibaba Group. A documentary crew also frequently filmed Bryant during his final NBA season.

As for his latest project with Sports Illustrated, Bryant shared the significance of “Dear Basketball,” its origin and what he has learned through the creative process. Along with the animated short film, SI will produce both video and articles featuring Bryant and other key players. SI, Kobe Studios and Believe Entertainment Group will then co-host a red carpet premiere event to celebrate Dear Basketball.

“We are proud to collaborate with Kobe to tell the comprehensive story of his first endeavor after retiring from the NBA in a way that only SI can,” Rich Battista, President of the Time Inc. Entertainment and Sports Group and Video, said in a statement. “We are excited for Kobe’s fans and the global community of sport, entertainment and art enthusiasts to experience these productions.”

“We’re honored to partner with Sports Illustrated for the launch of this amazing animated short film and to work with them on a making of series that will reach a global audience across its platforms,” Dan Goodman, co-founder, Believe Entertainment Group, said in a statement. “The chance to partner with Kobe at this time is an incredibly compelling business and content opportunity for Believe.”