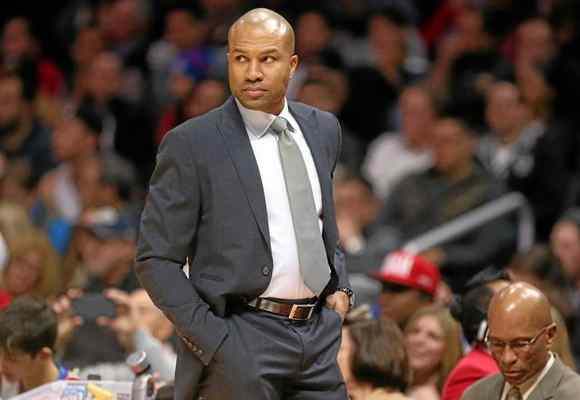 Well before he sparked scrutiny about his coaching and personal life, Derek Fisher cemented a strong reputation with the Lakers for making clutch shots and delivering key speeches.

So it only seems natural that Fisher will now give speeches as a Spectrum SportsNet studio analyst as he watches a young Lakers team try to perform under pressure. He plans to make 20 studio appearances for the 2016-17 season on Spectrum SportsNet’s #LakeShow and Access SportsNet’s pre-game and post-game shows. The stations’s news release also stated Fisher plans work as a an analyst for TNT’s NBA coverage.

As for Fisher’s time with the Lakers, the 18-year NBA veteran will be most remembered for winning five NBA championships as a key role player. Fisher played for the Lakers in two stints (1996-2004, 2007-2012) before the Lakers traded him and a first-round pick to Houston for Jordan Hill.

Kobe Bryant is retired … or is he? His name comes up often at Lakers Media Day

Lakers keeping open mind on how to protest amid social unrest