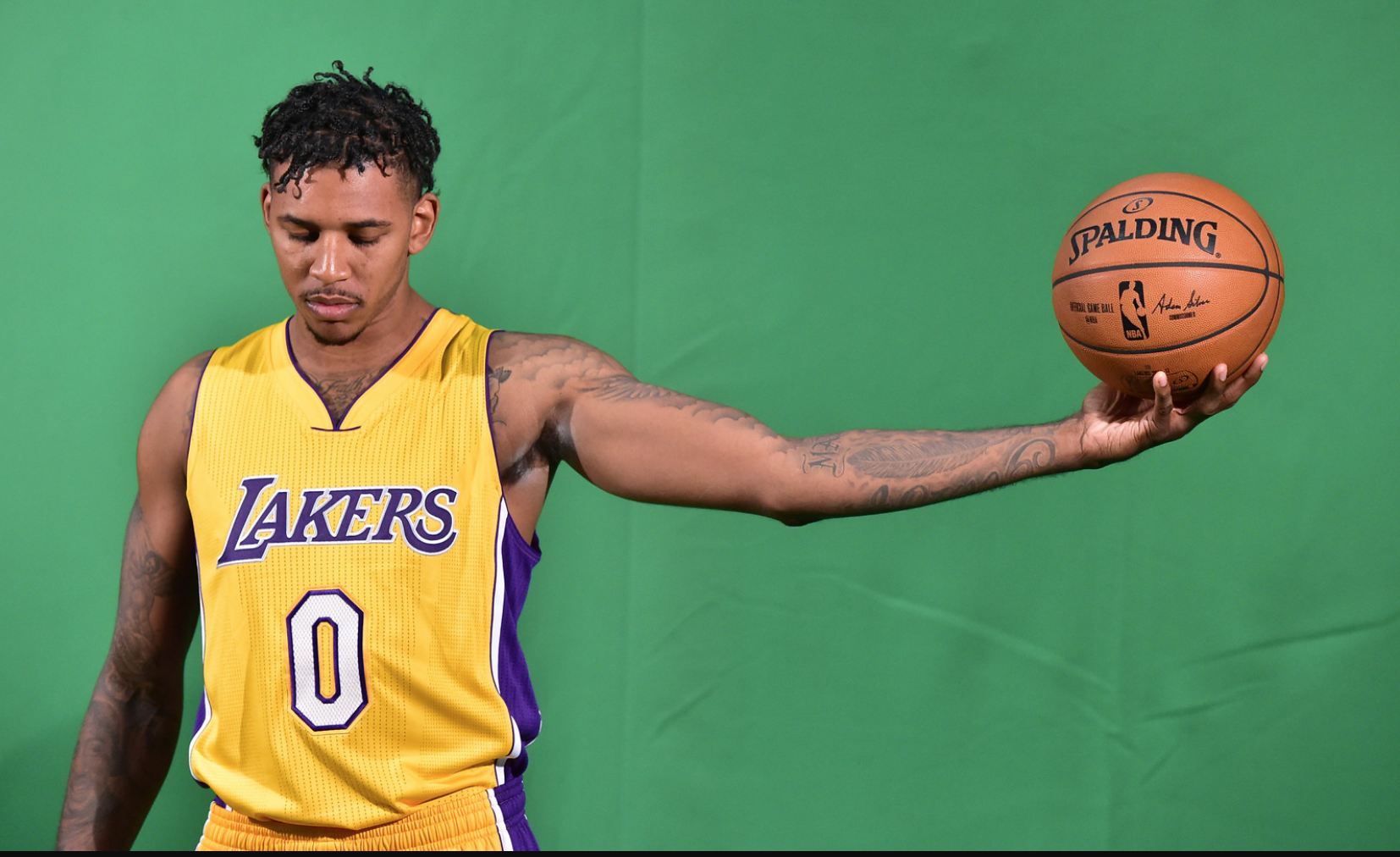 For nearly his entire life, Nick Young’s smile both revealed his happiness during the good times and it camouflaged his inner frustration during the bad times.

As the Lakers’ forward walked on the team’s practice court during media day earlier this week, his smile represented two things. It conveyed the joy and surprise Young felt that he still remains on the Lakers’ roster after two adversity-filled seasons. It also masked the frustration he felt that made his future so unstable, including sub-par shooting performances, clashes with his previous head coach and a young teammate accidentally exposing details of his personal life on his camera phone.

But Young expressed gratitude for what he called “a new opportunity.” After former Lakers coach Byron Scott frequently chastised Young privately and publicly about his inconsistency, his work habits and playful personality for the past two seasons, Young predicted he will play more effectively under Lakers coach Luke Walton.

While Scott became known for his stern coaching style, Young described Walton as a “beach guy” and “laid back” that “still knows what he’s doing.”

“The style of play fits my style,” Young said of Walton, who served as an assistant for the Golden State Warriors the past two years. “I can still be me here a little bit and nobody here is harping on my personality no more. That’ll be all right.”

Young also reiterated that things will be all right between him and second-year guard D’Angelo Russell. After once becoming close teammates, Young became upset with Russell for secretly recording him on his phone admitting he cheated on rapper and former fiancee Iggy Azalea. After the video accidentally became public late last season, Young initially refused to accept Russell’s apology.

“I’m here for the team. We both are,” Young said of Russell. “So we put all that stuff behind us and go out there and try to do our job.”

Very few believed Young would still have a job with the Lakers. The Lakers have tried trading Young for the past two years because of his aforementioned poor play and tension with Scott. Those efforts intensified because of the potentially lingering awkwardness between Young and Russell, who represents a key part of the Lakers’ long-term future. After not finding any suitable trade offers this past summer, however, the Lakers passed on buying out the rest of Young’s two-year, $11 million contract.

And yet Young sounded aware he has not landed on fertile ground.

“I didn’t know what to think. I’ve seen so many rumors for a long time,” Young said. “They’re still there. Things still could happen. You never know in the league. I’m here now. That’s all I can focus on.”

Young then added he feels “fine as long as I get an opportunity to play.” He may not receive his wish, though.

The Lakers have since bolstered the small forward spot by drafting Brandon Ingram at No. 2 and acquiring 12-year NBA veteran Luol Deng. Lou Williams will also compete for minutes against Young at backup shooting guard.

Yet, Walton reported Young has impressed the team with his improved strength and conditioning. Young also expressed optimism he will fare better than when he averaged 7.3 points last season on a career-low 33.9 percent clip.

“I’ll keep that jump shot right,” Young said. “The rest will come. I’ll keep working hard. That’s all I can really do is work hard and take advantage of my opportunities.”

The 31-year-old Young also has taken advantage of his relatively happier mood. The self-proclaimed “Swaggy P” recently called himself “Uncle P” since the 10-year NBA veteran will play mostly with younger teammates. He also has addressed Ingram as “Nick the Third” because of their similar hairstyles. Although some on the Lakers have expressed annoyance about Young’s zest for attention in the previous two seasons, others have appreciated his support for his younger teammates.

“The young guys have to step up to the plate. It’s built around them. We should be all right,” Young said. “They just have to go out there and play hard. Don’t put too much pressure on these guys. They’re young and want to be successful. It’s a tough league.”

He admitted “it kind of hurt” to hear about the Lakers’ efforts to trade him all summer. Young then reminded himself of a few things. The Washington Wizards traded him as part of a three-team deal to the Clippers in 2012. Neither the Clippers nor the Philadelphia 76ers retained Young after playing one season for both teams. But after the Lakers signed Young to a four-year, $21 million deal in 2014, the former Cleveland High and USC standout sounded relieved he has a chance of writing a new chapter that will make his hometown proud.