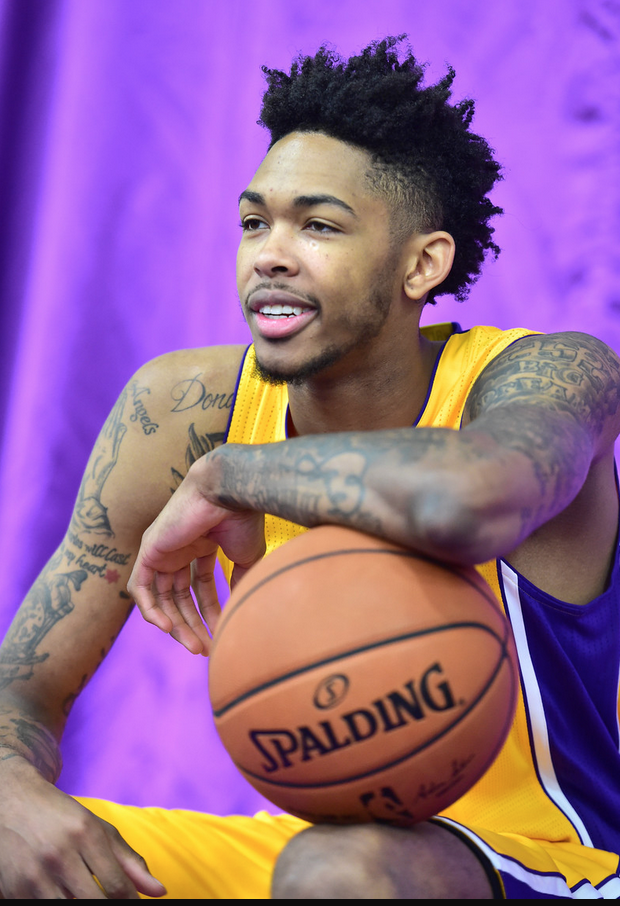 SANTA BARBARA — The teasing already started as Lakers forward Larry Nance Jr. jokingly questioned to reporters why the rookie forward Brandon Ingram became the team’s No. 2 pick. The rookie duties will soon pick up with Ingram planning to sing during a team event here on Thursday night. And physical tests await once the listed 6-foot-9, 190-pound Ingram matches up against some of the NBA’s more bruising forwards.

As Ingram begins navigating potential hurdles through his rookie season, however, another factor more important than fitting in with teammates and stronger opponents could determine his long-term success.

“He’s got to continue to work on stamina and getting stronger in this league,” Lakers general manager Mitch Kupchak said. “He has to work on every day taking care of his body, his diet, rest and make it through an 82 game season. Because I think he’s going to play a lot.”

Lakers coach Luke Walton has already said he likely will bring Ingram off the bench, while starting 12-year- NBA veteran Luol Deng. Some of the reasoning stems from rewarding Deng for his continued productivity and motivating Ingram to continue working. Yet, Walton has also anticipated the 19-year-old Ingram feeling overwhelmed adapting from a 35-game schedule last year at Duke toward the NBA’s 82-game schedule.

“I expect at some point this year he hits a wall,” Walton said. “He’s been phenomenal with everything he’s done. He’ll be as good as anyone can be. But I don’t think he can do anything preemptively to be ready for the NBA season at his age.”

Ingram will at least try, though.

He has embraced the grass-fed diets that Lakers strength and conditioning coach Tim DiFrancesco promotes. Ingram has quickly wrapped himself in ice following practices. While the Lakers have praised Ingram for continuing to work out immediately following Summer League, he also has mostly rested afterwards.

“I’m not hurting right now,” Ingram said. “But I’m trying to get in the cold tub and do everything I can before I start getting injuries.”

As Lakers second-year forward Julius Randle noted, those additional recovery habits “add up throughout the year.” But Ingram’s young teammates sounded aware nothing can fully prepare Ingram for what lies ahead.

Nothing will come close to when they witnessed Kobe Bryant spending his 20th and final season between the trainer’s room for recovery and on the court to exhaust the remaining fuel in his engine. Bryant often stayed at home during practice and at morning shootarounds. He mostly spent off nights on the road in his hotel room both to rest and receive treatment.

Yet, the Lakers’ young players also experienced their own struggles last season with navigating through the 82-game schedule. Russell admitted he thought he would receive weekends off during the season. He also initially struggled in figuring out his daily routine.

“You got to go through how you go through it. Then you see after one year under your belt, you’ll know the second year,” Russell said. “Every day was a Monday. I felt that every day. I didn’t know what month it was. I just remember before the All-Star break and after the All-Star break.”

Nance may have created lasting memories his rookie season with his freakish athleticism and soaring dunks. But he still remembered how a troublesome right knee kept him in and out of the lineup in January and February. The Lakers then considered shutting Nance down in late March, only for them to allow him to finish the season out on the court.

“It’s rough. You wake up in Brooklyn and think you’re in Miami,” Nance said. “It’s tough. It’s tough to get out of bed. Its like, ‘We have another game today, tomorrow and the next day?’ It wears on you. Mentally is where it’s the toughest.”

Ingram at least did not show any signs of fatigue on his first day of practice.

The suffocating heat here did not overwhelm Ingram, who grew up in Kinston, N.C. practicing in a sweltering rec center that his father oversaw as a youth basketball coach. The Lakers did not scrimmage on the first day, leaving Ingram free of experiencing any physical exhaustion his teammates experienced last season under Byron Scott’s heavy conditioning drills. Ingram listened intently to Walton, who devoted 80 percent of his practice toward teaching defensive fundamentals.

“Ingram’s attitude is awesome. You can tell he’s been coached; he’s been parented,” Walton said. “This guy is incredible. He’s an incredible person. He competes and does what is asked of him. He hasn’t complained once since he’s been here all summer. He’s a phenomenal guy.”

“BI held his own,” Nance said. “I’ve been saying it all along. He can play and hes the real deal and everything.”

Ingram walked by the hordes of reporters and cameras and heard Nance within earshot. Ingram interjected, “talking good about me?” Nance then could not resist jabbing him.

“BI can’t play,” Nance said. “I don’t know why he’s in the league. He shouldn’t have gotten picked.”

Nance obviously feels otherwise. So does Kupchak, who said, “As the No. 2 pick he should play well, that’s our expectations.”

But the Lakers also have expectations that Ingram could soon face exhaustion. Will that happen when the Lakers have a two-a-day session on Wednesday? Perhaps. But for now, Ingram felt “very excited” after his nutritional, rest and recovery habits enabled him to survive his first practice unscathed.

“Staying healthy and not letting my body wear down,” Ingram said. “Today I felt great. I loved being out there.”