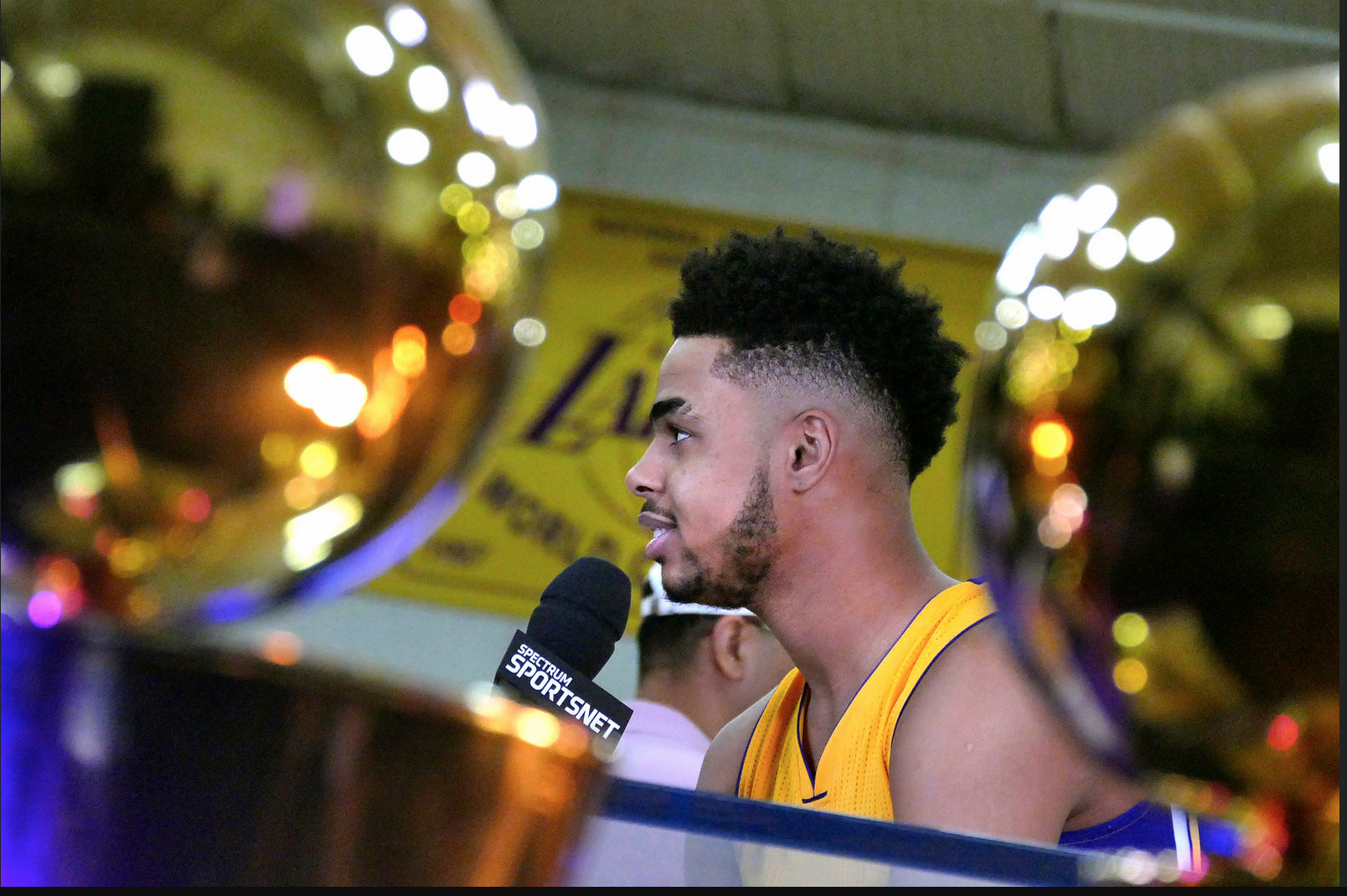 The barriers no longer stand in D’Angelo Russell’s place. He has a coach that will develop him more with positive reinforcement than frequent criticism. He has become a charge of leading a Lakers team instead of deferring to a Hall-of-Fame teammate. He also has an extra year worth of experience that taught him various lessons in work habits, maturity and basketball expertise.

All of which likely explains why he landed in fourth place in an NBA.com survey that assessed players most likely to have a breakout season. The results stemmed from polling the league’s general managers.

But even if Russell feels empowered in his second season, he does not feel suddenly encouraged that plenty of basketball executives are expecting big things.

“It don’t matter to me, honestly,” Russell said. “It’s still up to me to perform. GM’s aren’t playing. I have to play.”

Russell maintained he would feel more impressed if general managers predicted he would win an NBA championship, win a regular-season or Finals MVP award or become the league’s most improved player. He enters the Lakers’ preseason finale against the Phoenix Suns on Friday at Anaheim’s Honda Center averaging a team-leading 17.9 points on a 46.7 percent clip and 5.3 assists in 29.5 minutes per game.

Yet, Russell stressed he has not become consumed with those numbers, either.

“I just want a winning season,” Russell said. “I’m not really about myself right now. It’s about winning.”

Lakers coach Luke Walton has called for Russell to balance his scoring and passing instincts, while also sharpening defensive principles. Yet, Walton has made Russell feel empowered in various ways, including his free-flowing offense and encouraging Russell to make plays as he sees fit. Walton also has expressed optimism Russell will excel defensively.

“I think D’Angelo can have a good season,” Walton said. “Just having that first year under his belt, you can see what the NBA season is like and you can make adjustments to your game. I think that experience and the work he’s put in this offseason so far is going to lead him to have a successful season.”