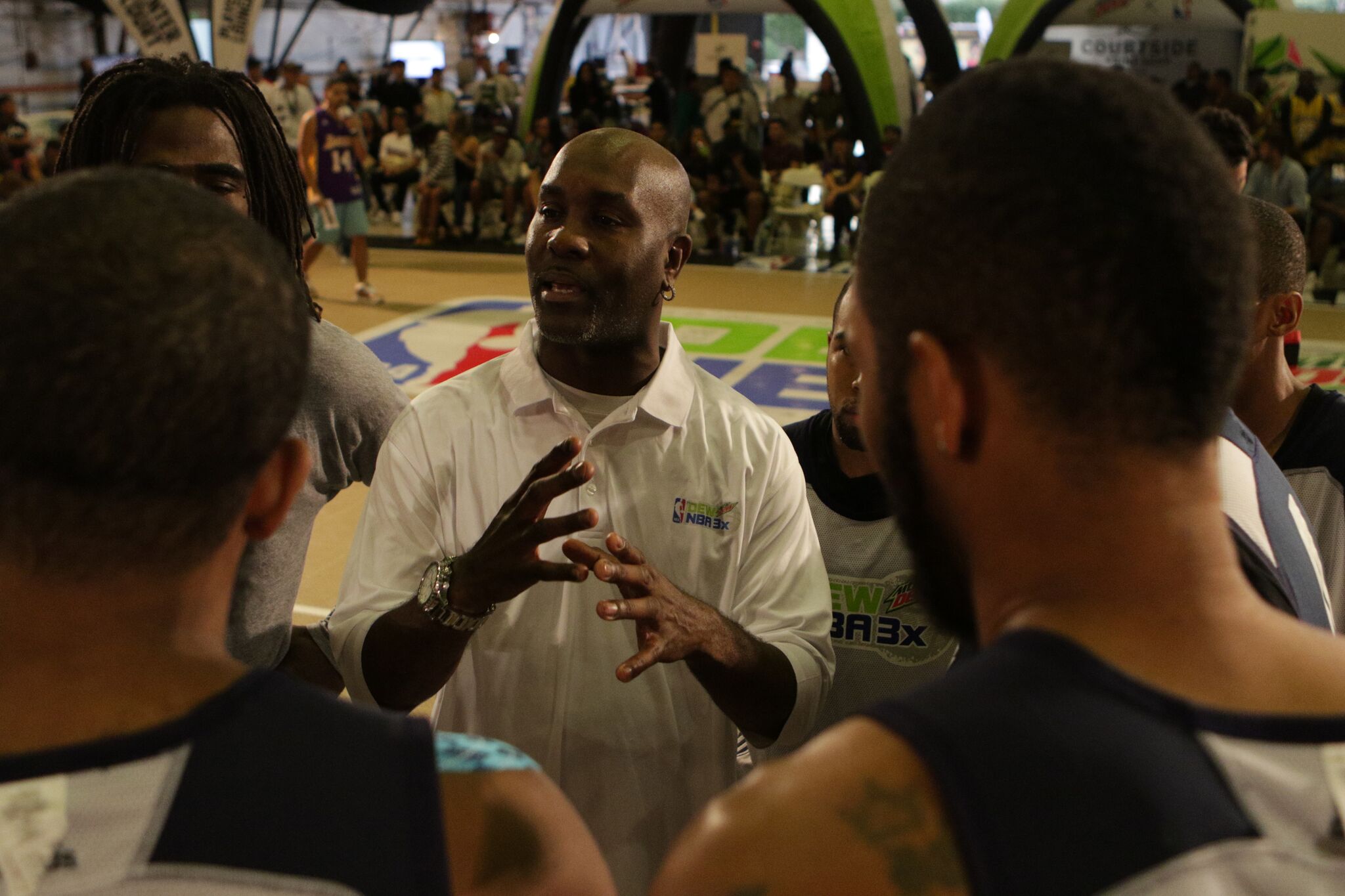 So it hardly sounded surprising to hear Payton’s blunt take on the Lakers heading into Wednesday’s season opener against the Houston Rockets at Staples Center. After rattling off second-year guard D’Angelo Russell, third-year forward Julius Randle and rookie forward Brandon Ingram as the team’s “core,” Payton quickly zeroed in on who should become the Lakers’ leader.

“The one that has to do it is D’Angelo,” said Payton, an NBA analyst for Fox Sports 1. “He’s the point guard. He has to step up and get everybody else better. They can if they work hard enough.”

Payton added that Russell “has to get his mind right and focused,” an obvious reference to last season’s criticisms regarding his maturity and work habits. But the Lakers have since provided a positive report card about Russell’s development.

Yet, Payton argued that will only go so far, aware that the Lakers finished last season with a 17-65 mark in what represented the team’s worst record in franchise history.

“Don’t expect them to jump from 17 wins to 40 or 50 wins. That’s not going to happen,” said Payton. “But improvement to me is when you can go seven or eight games over what you did last year. If they can win 27 games, that’s a big improvement.”

And it’s a big improvement Payton predicted will happen partly because of Lakers coach Luke Walton, who played with Payton during his rookie season with the Lakers in the 2003-04 season.

“Don’t expect them to be real real good in the first two or three years,” Payton said. “After they get everybody together, the third or fourth year should be good as they’re adding more good pieces.”

Payton spoke those words on Sunday after helping out at the Dew NBA 3X, a nationwide 3-on-3 competition that helped determine qualifying for the 2017 USA Basketball 3×3 tournament.

Moments later, Payton howled with laughter as he recalled Shaquille O’Neal and Kobe Bryant forcing Walton to fulfill rookie duties. They had Walton fetch donuts and coffee. O’Neal also once hid Walton’s clothes while he was taking a shower in his hotel room.

“Luke was a good kid. That’s why I liked him a lot and I didn’t treat him badly,” Payton said. “I love Luke because of his personality and his work ethic. He doesn’t have the players he has at Golden State where he can put them on the floor and win basketball games. This is where his mind is going to come into affect.”

In other words, Walton enters an entirely new situation than his rookie season with the Lakers. Then, the Lakers lost to the Detroit Pistons in the 2004 NBA Finals in five games. Despite the Lakers acquiring Payton and Karl Malone in the offseason to complement O’Neal and Bryant, too many external factors led to the failed title run.

“You have to understand, ‘How did we get to Detroit and get to the championship with all the stuff that happened?'” Payton said. “If we had our whole team and kept it strong, then you can ask us questions on what you should have done in beating a team like that. We didn’t have that.”

Afterwards, the Lakers went into rebuilding mode. They accommodated O’Neal’s trade demand and shipped him to Miami in exchange for Lamar Odom, Caron Butler, Brian Grant and a first round pick. Derek Fisher left via free agency. The Lakers did not retain Phil Jackson. Rick Fox retired. And the Lakers traded Payton and Malone to the Boston Celtics for center Chris Mihm, small forward Jumaine Jones and point guard Chucky Atkins.