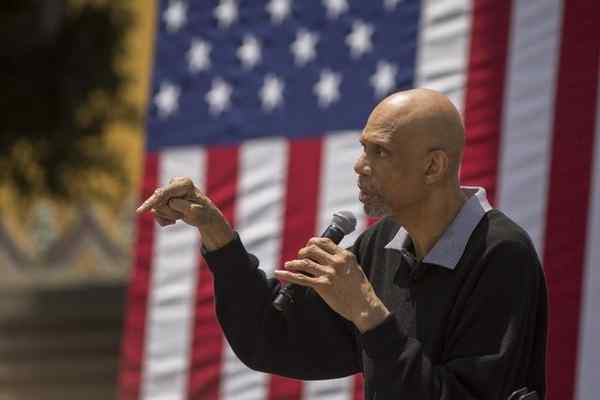 Kareem Abdul-Jabbar speaks at the South Los Angeles Get Out The Vote Rally for Democratic presidential candidate Hillary Clinton in June. (Photo by David McNew/Getty Images)

Below is a Q&A with former Lakers and UCLA center Kareem Abdul-Jabbar about his political and social activism, racial inequalities, athletes that take social and political stands, among other issues.

You have listed Jackie Robinson, Dr. Martin Luther King, Muhammad Ali and Malcolm X as some of your mentors. What did you learn from them/which messages resonate with you?

Abdul-Jabbar: “From all four, I learned the meaning of courage. For each of them, it wasn’t enough to talk about what was right, they took action, putting their own safety in peril in order to do the right thing. Their example of enduring so much public hatred yet still forging head to further the cause of equality made me realize I would be ashamed if I didn’t do my part.”

What racial issues did you experience as a child, college student and even a professional athlete?

Abdul-Jabbar: “Every person of color or of a religious minority or exploring gender identity in this country has stories of being discriminated against. My experiences were no worse than theirs. Yes, I was called all the popular racial slurs from the time I was in middle school until today. Every time I write an article I unleash the hounds of racism who bark and snarl in the anonymity of the internet.

There are two aspects of racism, and all discrimination. First, is the physical threat. When I was in high school, I was coming come by subway from playing basketball with some friends and got off in Harlem in the middle of a protest demonstration that turned violent. People were running everywhere to escape the violence. Even though I had nothing to do with the protest, I was suddenly running for my life, cursing the fact that I was so tall and therefore more of a target. This awoke me to how much being black was a constant physical threat to my life.

The second aspect is the intense feeling of betrayal by the society I was born into, raised in, and love. Yet, people feel entitled and justified in trying to make me feel less of an American and less of a human being than they are. Today, that betrayal comes in the form of institutional racism that results in unarmed black people being killed by police, by rampant poverty, and by politicians who do nothing because they don’t get donations from the poor.” 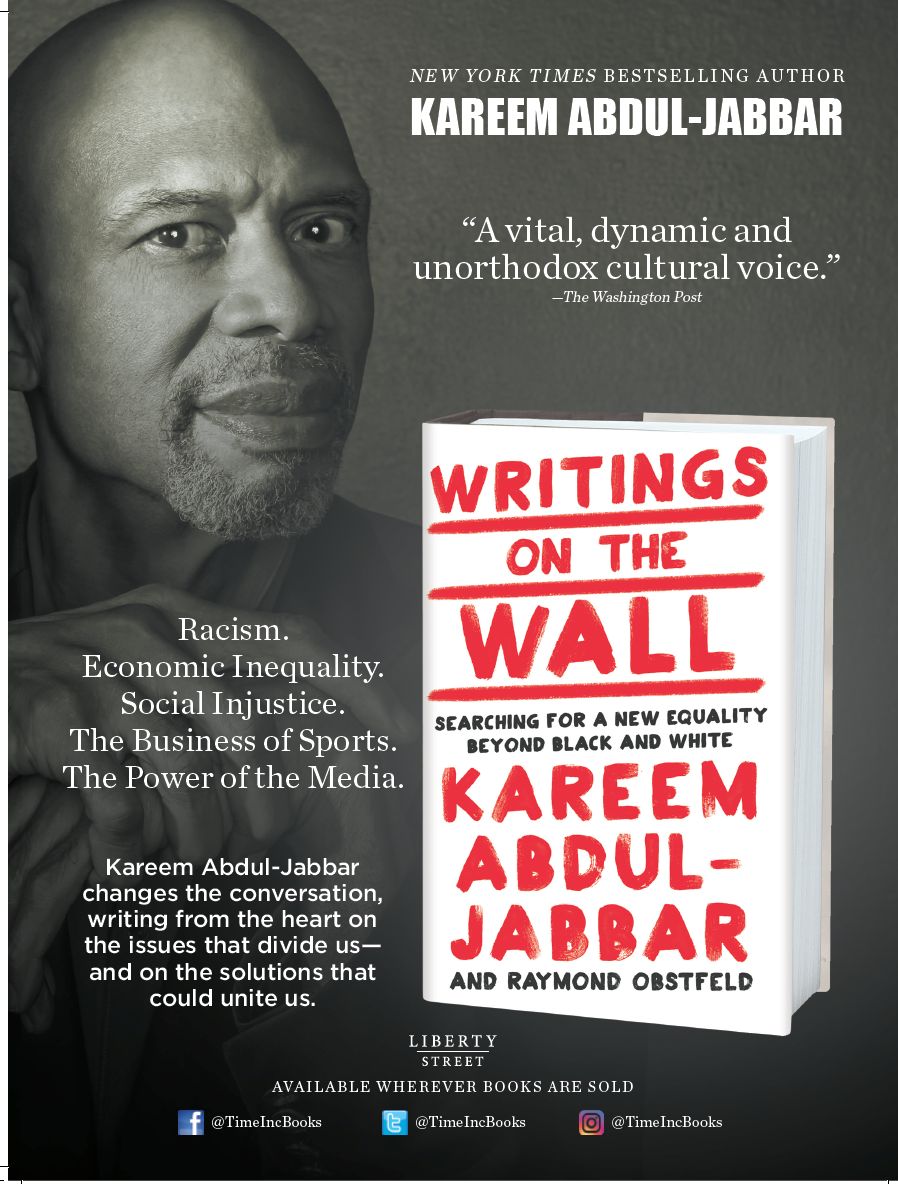 You have been quoted as attributing Avery Brundage’s involvement on the U.S. Olympic Committee as your reasoning not to participate in the 1968 Olympics because of his support for Hitler not to field any Jewish athletes in the 1936 Games. How do you look back at that decision? What impact do you think it had?

Abdul-Jabbar: Probably very little impact, nor did I expect it would. Sometimes you just do what you think is right for no other reason than you would think less of yourself if you didn’t.

What was the impact from Tommie Smith and John Claros protesting at the 1968 Olympics?

Abdul-Jabbar: “Tommie and John did something as shocking and provocative as Colin Kaepernick taking a knee during the national anthem. But the truly shocking and disturbing thing is that nearly 50 years later, we’re protesting the same racial disparity. Institutional racism is to ingrained that every generation seems surprised when African-Americans are so moved by injustice and frustration that they publicly protest. White Americans who are blind or indifferent to the racial inequalities will never understand the sense of pride blacks felt when Tommie and John raised their fists in the air as a rallying cry as if to say, ‘We’re competing for America, now live up to the American promise of equal opportunity for all.'”

What reaction did you have when you participated in a protest at UCLA after Dr. King’s assassination?

Abdul-Jabbar: “Pretty predictable reactions. Those who were for civil rights appreciated my participation and those who were against civil rights thought I should keep my mouth shut and stick to basketball. That’s been the same basic breakdown ever since.”

You have shared about your conversion to Islam partly stemmed from seeing how the Catholic church condoned slavery. What was the process in coming to grips with that decision, and what reaction did you face from friends and family?

Abdul-Jabbar: “I converted to Islam because I believed in the teachings, not solely as a rejection of Catholicism. Many of the slaves brought to America were Muslim, so my spiritual quest was an attempt to get back to my cultural roots. Religion is as much about cultural identity as it is about faith. Those faithful to the theology of their religions all want the same thing: to do good. I decided Islam was the best way for me to do good and I have used my faith to inspire me to keep doing good, the same as my Christian and Jewish friends.

Naturally, there were some hurt feelings. Being a kid in my twenties, I was a bit too zealous at first and that alienated my parents, though we later reconciled. Some fans accepted my conversion and others felt it was a betrayal of America and all its values, pretty much as some Trump followers feel today.”

What are the main misconceptions Americans have about Muslims and their beliefs?

Abdul-Jabbar: “Religion is always tricky because when you look at it on a purely theological level, we have the same core values. We want to be happy and we know that is best achieved though kindness, tolerance, and good deeds. But those hungry for power have learned that the best way to rule is by manipulating religion by twisting those values to serve their own ends.

So many of the so-called teachings are perversions of the theology, which is why every religion has atrocities committed in its name. Most Muslims want the same thing every other American wants: freedom, safety, prosperity.”

What does your efforts with the Skyhook Foundation and STEM program do to help our education system, specifically with science and math?

Abdul-Jabbar: “The Skyhook Foundation sponsors 5-day camps in the Angeles National Forest for about 22,000 kids a year from Los Angeles schools. We try to immerse the kids in STEM programs in the wild where the science can be brought to life in a more active way.”

What did you learn out of being a cultural ambassador for the U.S. State department?

Abdul-Jabbar: “I leaned how much other countries try to emulate us. Our popular culture of movies, TV, and music affects everything from language to dress to attitudes about social issues. The same holds true in politics: many of the countries I visited used us as a model for how to solve their social and political problems.” 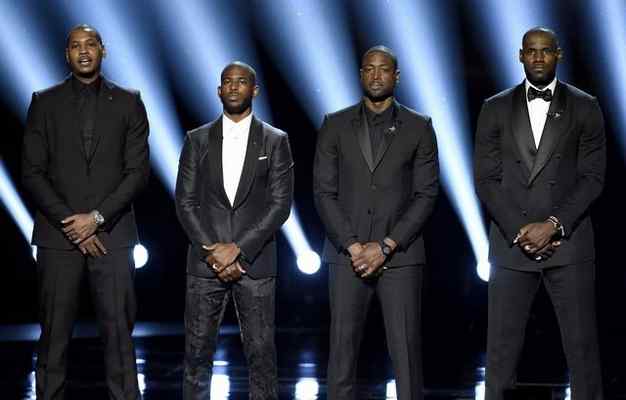 What do you think of the some of the efforts NBA players have done on speaking out on racial issues (ex: Carmelo Anthony, LeBron James, Dwyane Wade and Chris Paul speaking at the ESPY’s, Michael Jordan donating money; Lakers and other NBA teams locking arms during the national anthem)

It’s gratifying to see athletes being redefined from dumb or violent jocks to concerned members of their communities with a social conscience. It’s important that athletes be familiar with the issues before choosing sides and making pronouncements because being uninformed and taking a stance can be harmful. But once you’re sure you know what you’re talking about, step up and be heard.

You had been quoted in saying you understood what Colin Kaepernick was protesting when he has kneeled during the national anthem. But you argued he could have gone about it in a different way. How do you think he should have done it?

Abdul-Jabbar: “His choice for how to protest is absolutely fine. He made his point without violence or confrontation. As a result, he started a national dialogue and inspired many other people to find their voices and to take action.”