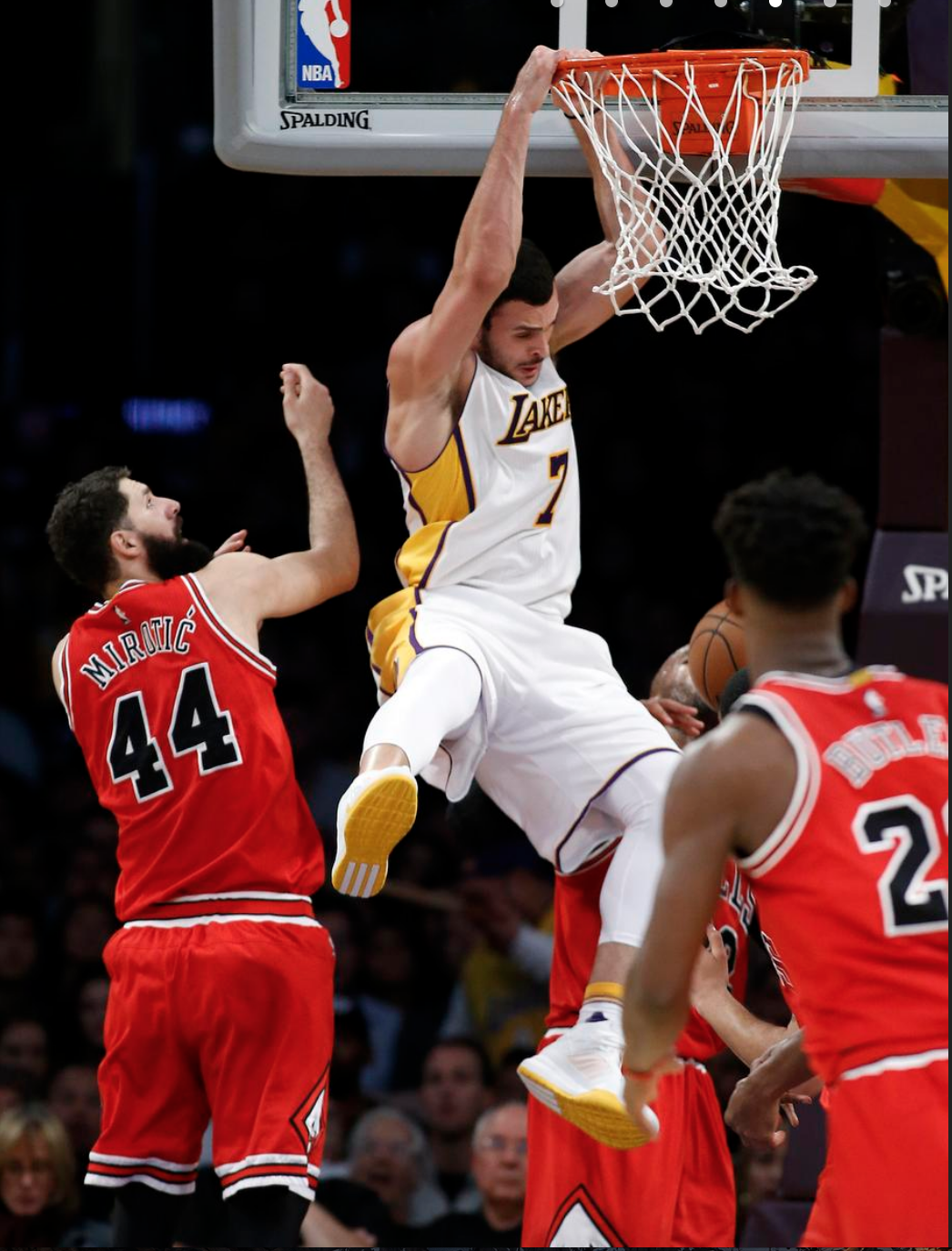 As he continuously fulfills the highlight reels and furthers his case for the 2017 NBA Dunk contest, Lakers forward Larry Nance Jr. outlines a pretty simple explanation for endlessly defying gravity.

But as he demonstrated in the Lakers’ 118-110 loss to the Chicago Bulls on Sunday at Staples Center, Nance posted a career-high 18 points on 8-of-11 shooting and six rebounds by not just relying on his athletic abilities. He also showed a knack for fulfilling the old adage in being in the right place at the right time.

He threw a tip pass to Lakers forward Tarik Black for an easy basket. Nance slid toward the hoop between defenders for a few putback dunks. He made himself available for open looks.

All of those little things made a big difference in Nance’s production. Yet, Nance hardly wanted to make a big deal out of it, mindful that his career night did not change the bottom-line results.

“It definitely feels good to get back on track individually. But the loss kind of puts a damper on the night for me,” Nance said. “It’s a game we could’ve and should’ve won.”

Instead, the Lakers (7-7) still dropped their second consecutive game for numerous reasons. They after allowing Bulls forward Jimmy Butler to score 40 points on 14-of-23 shooting. Chicago outrebounded the Lakers, 56-37. The Bulls took advantage of the Lakers’ 19 fouls by going 20-of-28 from the free-throw line.

That prompted Nance to suggest perhaps he could provide more of a shot-blocking role. Or perhaps he could just shore up the interior team defense. Meanwhile, Lakers coach Luke Walton suggested Nance will have even better nights once team play matches up with his individual performance.

“When we play the right way and we’re moving constantly on both ends of the court, it brings out everything that he does well,” Walton said. “He was fantastic tonight, with making plays, [grabbing] offensive rebounds and making passes. When the ball is moving, he can be a special player with the physical talent he has, the skill he has and the way he sees the game.”

Nance sees the game by becoming what he calls a “play finisher.”

“If they box me out, I’ll probably get back on defense,” Nance said. “If they leave me alone, I’ll sneak and see what I can get.”

And, of course, Nance will jump higher than everyone else as well, leaving everyone in awe on how his little plays amounts toward a big production.