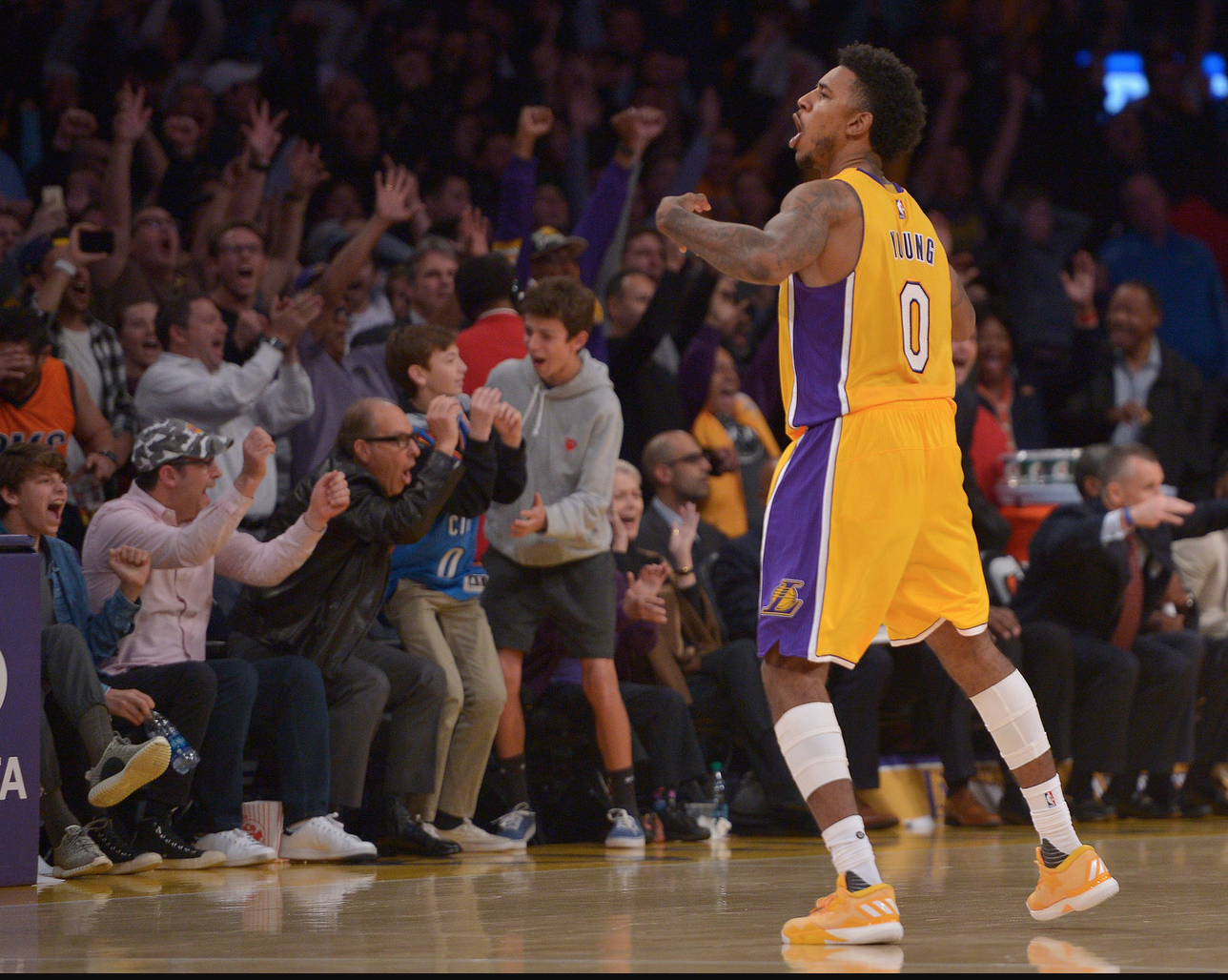 EL SEGUNDO — As the Lakers anxiously wait for two key pieces of their young core to heal, they still cleared up some space in their trainer’s room.

Lakers coach Luke Walton believes forward Nick Young will return for when the Lakers (8-9) play host to the Atlanta Hawks (10-6) on Sunday at Staples Center. After missing Friday’s loss to Golden State because of a sprain in the second toe of his left foot, Young participated in all of Saturday’s practice without any reported setbacks.

Meanwhile, Walton expressed uncertainty if forward Julius Randle will play after missing the previous two games with a hip pointer. He tried to complete Saturday’s practice, but was held out for the second half. Randle stayed on the court after practice ended to participate in non-contact two-on-two and shooting drills with some of the Lakers’ assistants.

“I hope he plays tomorrow, but we’re not going to rush him,” Walton said. “It’s not worth it. If he can’t go out and play the way he plays in being a dynamic playmaker and pushing the ball in transition and doing all those things for us, then it’s more important to get him more rest.”

Lakers guard D’Angelo Russell remains sidelined for at least the next two weeks after having a non-invasive procedure earlier this week on his sore left knee. He took some stationary shots in street clothes at the end of practice. Before, Russell watched practice while receiving treatment.

“This could all by my fault,” Walton said. “I wont give us the game in Oracle [where the Lakers lost by 43 points]. But we could be up 2-1 on the Warriors if I possibly listened.”

Lakers podcast: Nick Young’s resurgence has been key to success