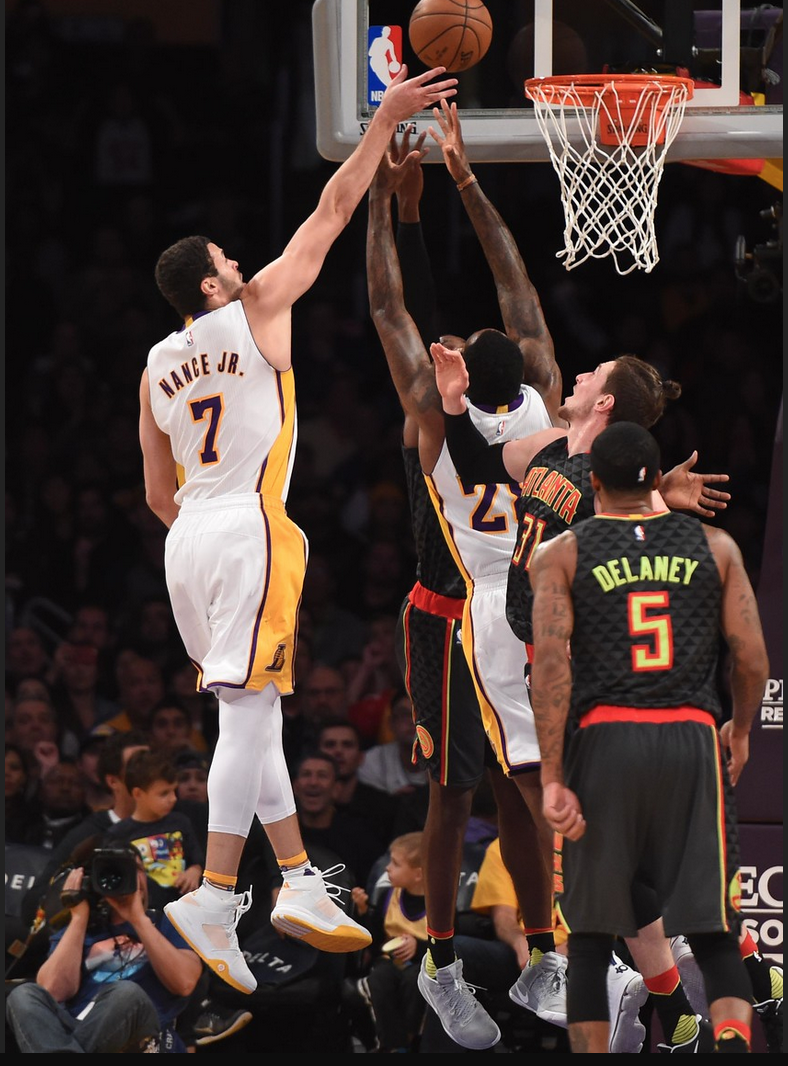 MEMPHIS — The injury bug has pinched the Lakers again.

The Lakers (10-11) ruled reserve forward Larry Nance Jr. out for tonight’s game against the Memphis Grizzlies (12-8) at FedEx Forum because of a right knee contusion. Nance suffered the injury after colliding with Toronto’s Fred VanVleet in Friday night’s loss to the Raptors.

Lakers coach Luke Walton said he “would think he would be available next game” on Monday against the Utah Jazz at Staples Center. Then Walton conceded uncertainty. Nance has averaged 7.6 points and 5.8 rebounds in 22.1 minutes off the bench. The Lakers are already without point guard D’Angelo Russell (left knee) and shooting guard Nick Young (right leg), though the Grizzlies will not have Vince Carter (right hip), Mike Conley (lower back), James Ennis III (right calf), Chandler Parsons (left knee), Zach Randolph (personal) and Brandan Wright (left ankle).

“Without Larry it’s going to be tricky because he is such a big part of what we do,” Walton said. “We’ll have to be creative and do different lineups based on how the game is going. It definitely hurts not having him tonight.”

The Lakers plan to reevaluate Russell on Monday when he visits with team doctors in Los Angeles. Young has stopped wearing a boot to protect the strained muscle in his right calf since Friday, though he has not started rehabbing yet. Walton said Young will see team doctors when the Lakers return to Los Angeles as well.

“It doesn’t hurt when he walks anymore,” Walton said of Young. “Playing at this level, you have to be able to do a lot more than just walk without pain.”

Lakers doomed by poor shooting, defense in 113-80 loss to Raptors

Lakers Podcast: Is this the best bench in the NBA?