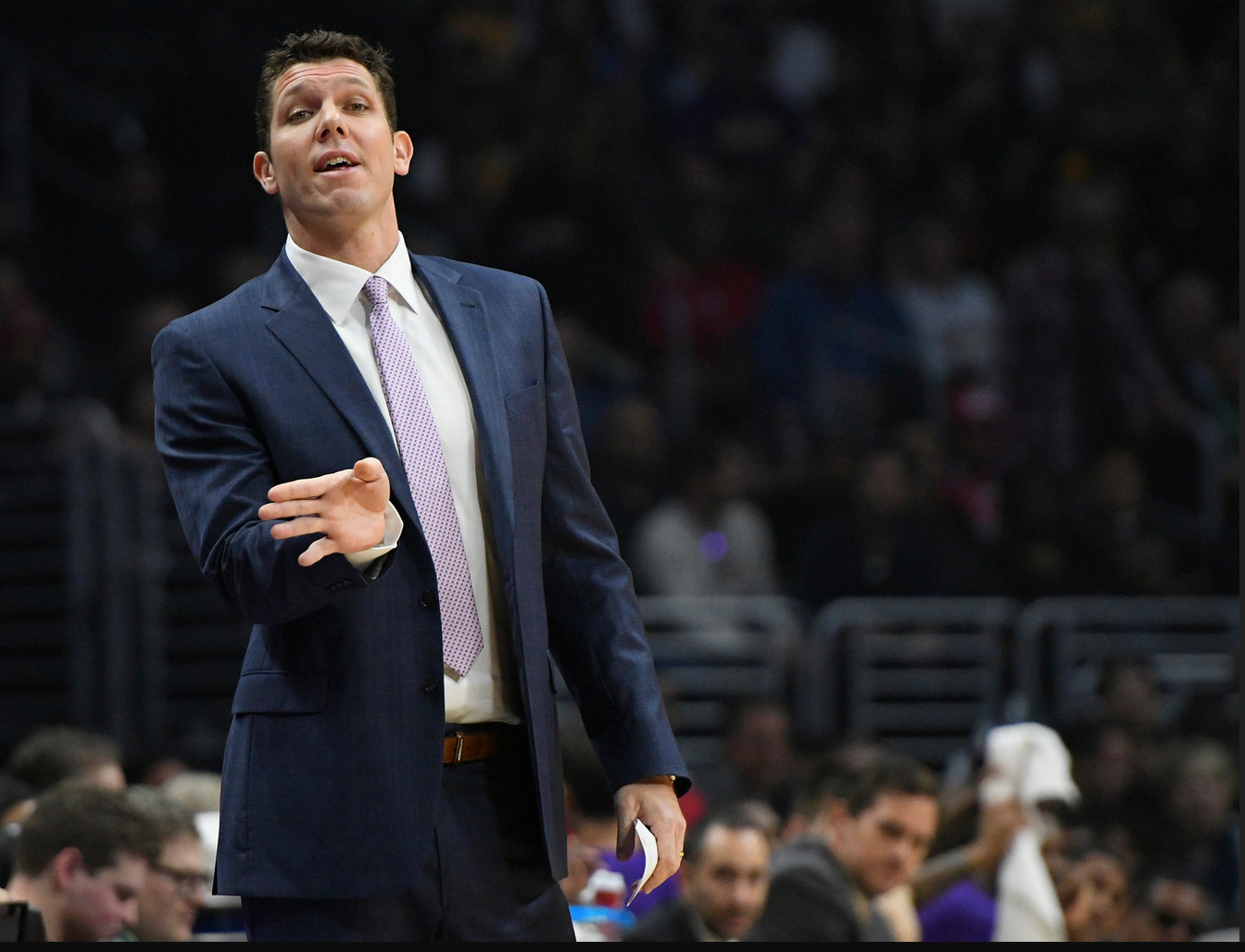 EL SEGUNDO — As he has managed his resources all year, Lakers coach Luke Walton has tried to stick to a simple criteria.

His minute allocation will depend on who’s playing well. So he will ride out the hot hand until the flame burns out. He will sit the cold one in hopes it will warm up soon.

Sure, he might grant more playing time to his young players both to develop them and allow them to play through their mistakes. Yet, he has clung to his belief not to reward any player with minutes if they are not giving the effort needed.

Based off of that criteria, the Lakers (15-31) enter Friday’s game against the Indiana Pacers (22-19) at Staples Center with Walton unlikely to alter his bench rotation just so his starters can have more playing time.

“It’s probably not going to change because our bench has been so good for us all year,” Walton said. “We’re not going to shorten the bench’s minutes to get the starters get back in sooner. The bench most nights is posting big numbers for us.”

Those numbers, 49.8 points per game, tops the NBA. The bench also features players that rank among the top of the league themselves. While Lou Williams ranks second in the NBA in scoring (17.9) among reserves that have played at least 20 games, Jordan Clarkson has fared sixth overall (14). Though Lakers rookie Brandon Ingram has only started 12 games amid the team’s various injuries, he leads the Lakers in minutes played (1,285) and all rookies in minutes per game (27.9).

Meanwhile, Lakers starting point guard D’Angelo Russell and starting power forward Julius Randle sat out of the final 19 minutes and 33 seconds in Tuesday’s loss to Denver. While Randle offset his seven points, seven rebounds and seven assists with four fouls and five turnovers, Russell stayed quiet altogether with five points on a 2-of-9 clip. In the last three games, Russell has played a combined three minutes and 47 seconds in the fourth quarter.

But would Walton sitting Russell, Randle or any player for that matter for such a long period of time disrupt their rhythm?

“Sometimes they come in and they’re sharp and get it done right away. There’s other times it feels like they need a couple of minutes to get going,” Walton said. “But they’re young enough that their bodies should be ready to react in my opinion at coming into the game. The most important thing is when you’re on the bench not just to be there supporting, but actually watching what’s happening.”

Though Walton believes most of his players have been “pretty good” in remaining engaged on the bench, he admitted he has had to remind his players doing so “a couple of times” this season. He then singled out reserve forwards Larry Nance Jr. and Thomas Robinson as the most consistent in that area. While Nance has missed the past 16 games with a bone bruise in his left knee, Robinson has experienced two healthy scratches in the past two games to accommodate the emergence of rookie center Ivica Zubac.

“T-Rob’s been good. I can sense frustration, but I should. Nobody should be happy about not playing,” Walton said. “But that only turns into an issue if you come into practice and pout and sulk and what not. He’s been here working his tail off just like he was the first time he wasn’t playing and just like he was when he was first playing. He’s still giving us the same effort even though he’s probably frustrated not playing.”