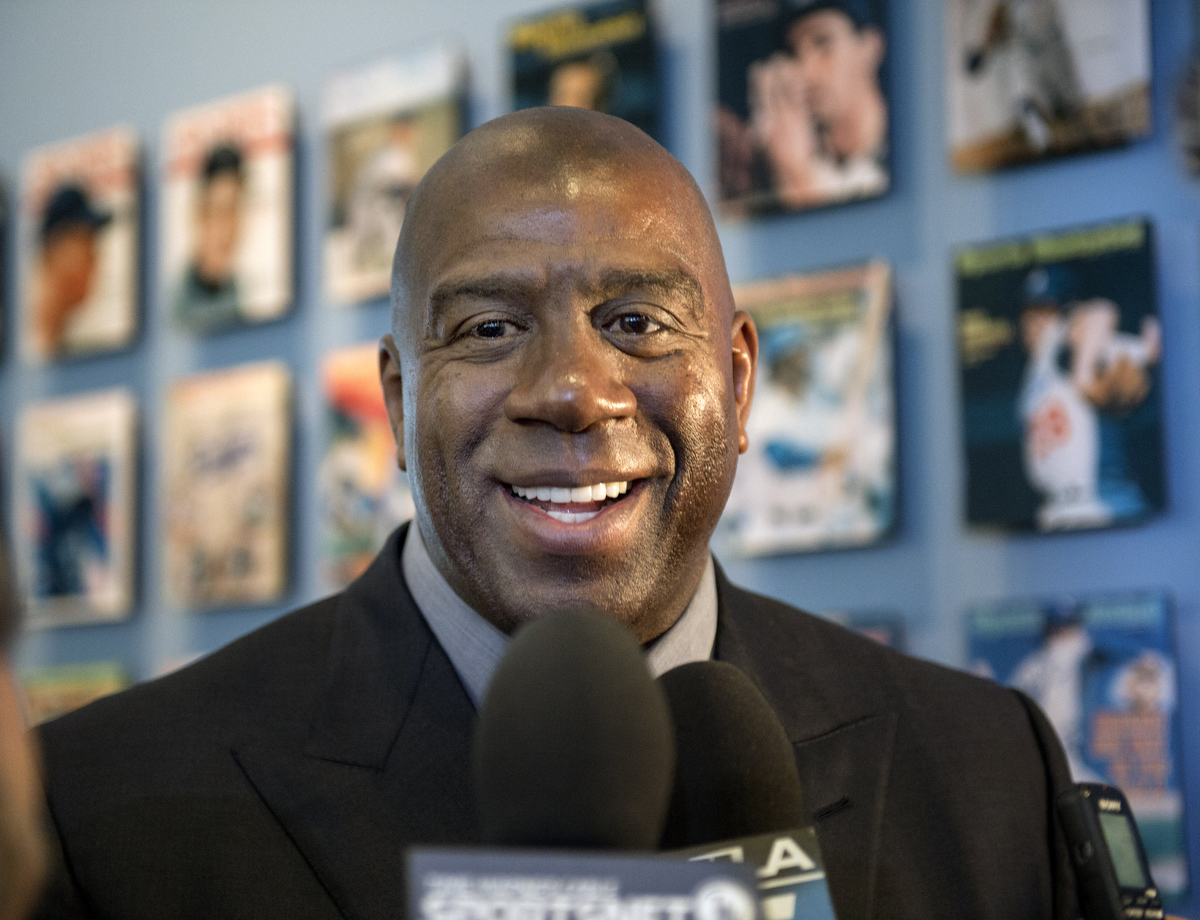 OKLAHOMA CITY — Even with the trade deadline passing and practice ending, Magic Johnson found another way to ingratiate himself with the Lakers.

Johnson had dinner with the Lakers’ coaching staff here on Thursday night, and the session turned more into a group of people breaking bread.

“Just talking about the ideas, visions and what he sees and what I see,” Lakers coach Luke Walton said before Friday’s game against the Thunder at Chesapeake Energy Arena. “It’s been a lot of healthy dialogue going on.”

On Tuesday, Lakers president Jeanie Buss named Johnson the president of basketball operations, demoted Jim Buss and fired Mitch Kupchak after serving as general manager for the past 17 years. Since then, Johnson became heavily involved with both handling trades before the deadline and helping out players with individual instruction during Thursday’s practice.

“Just having him around changed the atmosphere a lot,” Lakers guard Nick Young said. “We still got to go out there and play. We have to put that week behind us and get back in the groove of things. But having his presence, it’s Magic Johnson. Change is happening. It makes you stay on your toes and stay focused.”

“It’s like you’re starting over and everybody is trying to impress,” Russell said. “Everybody has to look over their shoulder once again. It’s like coming to a new team, trying to impress the GMs and guys in the front office with your play, off the court and the way you handle yourself. It’s all different.”

Walton also observed that “letting the other coaches get to know him and feel comfortable with him was important to him.” That’s because Johnson has expressed hope to have synergy throughout the organization. In addition toward Johnson traveling with the Lakers to Oklahoma City, scout Jesse Buss and D-Fenders president Joey Buss also went on the trip. Although Johnson was not present at the team’s morning shootaround on Friday, Johnson watched the game with Joey and Jesse Buss. Johnson later spoke on the Spectrum SportsNet telecast.

“I didn’t really have expectations. It happened quick,” Walton said. “I’m pretty busy with other things going on. So I didn’t have time to think what it might be like. I was just going to embrace whatever it was.”

So far, so good. Walton described Johnson’s presence as “awesome.”

“There’s a reason he’s as successful as he is,” Walton said. “He has a way with people and he’s been in the office all day every day since the change has happened. He’s constantly trying to get things done. He knows what he wants. It’s been interesting and fun watching him work.”

Will Johnson continue to work this way as a constant practice observer and talent companion? Though Walton said “we’ll love to have him around as much as possible,” Johnson’s recent involvement partly stemmed from planting roots with his new job.

“Once we get back in the flow of things,” Walton said, “I wouldn’t expect him to be on all these one-game road trips across the country.”

Will Magic bring some magic to Lakers’ basketball operations?