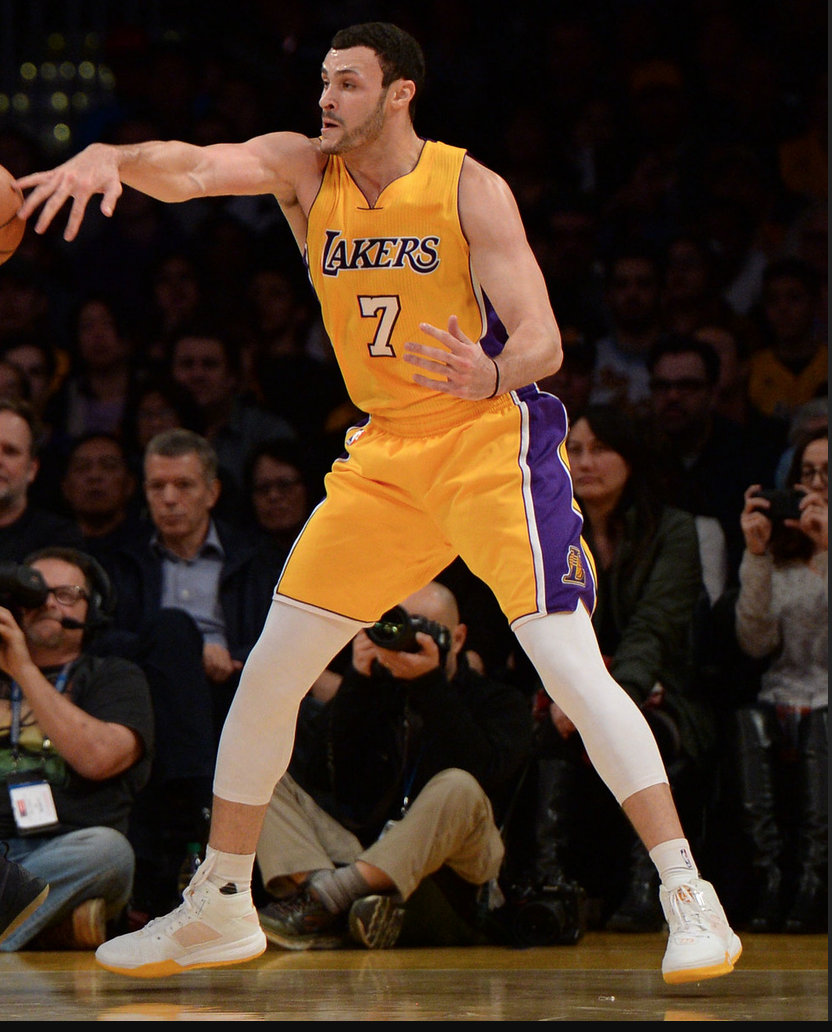 DALLAS — The phone conversation takes place nearly every one to two weeks.

Then, Lakers reserve forward Larry Nance Jr. chats for an hour with Dallas Mavericks assistant Larry Shyatt. They talk about their lives. They reminisce on their time together at the University of Wyoming, where Nance played for four years and led the Cowboys to a Mountain West Conference championship and an NCAA tournament appearance in 2015 for the first time in 13 years. They still talk about the game, with Shyatt still providing Nance various tips on how to improve his craft.

“Even though he’s not my coach,” Nance said, “he’ll always be my coach.”

Nance joked he has “a scout for the Mavericks now” who “gives me the inside scoop” and “feeds me all their plays.” Nance then jokingly boasted he never has shared any purple and gold secrets.

In reality, Shyatt has not told Nance details of the Dallas Mavericks’ playbook or provided a scouting report on his team’s roster. Nance could have only hoped he would have received any insight to help him stopping Dirk Nowitzki from securing his 30,000th career point against him on Tuesday against the Mavericks despite not conceding an inch of space on his patented fall-away jumper.

Yet, Nance’s close relationship with Shyatt provides a window into the journey Nance took before the Lakers selected him No. 27 in the 2015 NBA Draft. It also shows what has made Nance a beloved and emerging forward both when he was a Cowboy and currently as a Laker.

Said Shyatt: “He’s one of my favorite people.”

Shyatt’s affection for Nance emerged even before they met. As a former head coach at the University of Clemson (1998-2003), Shyatt had invited various former Tigers standouts for a campus function. That included Larry Nance Sr., who had a 13-year NBA career in Phoenix (1981-88) and Cleveland (1988-94) as a three-time NBA All-Star (1985, 1989, 1993) and NBA Slaml Dunk Champion (1984). Once Shyatt left the University of Florida as an assistant to Billy Donovan for the head-coaching job at the University of Wyoming (2011), one of his first calls entailed calling Nance Sr. about his son.

After all, Nance Jr. had caught buzz at Revere High School in Richfield, OH as he eventually became the team’s MVP and all-time leader in blocks for a career, season and game.

“Can I just come in the home and talk to you?” Shyatt asked Nance Sr.

Though Nance Jr.’s mom, Jaynee, was hesitant because of the distance between Akron, OH and Laramie, Wyo., Shyatt soon received his wish. Shyatt made a three-hour visit to Nance’s home, first to see him train.

“At 60 years old, he was the most active, energetic and talkative one in the gym,” Nance said.

Nance also received more positive impressions with how Shyatt interacted with his family. Shyatt and the Nance family both shared an affection for dogs. Shyatt also sounded confident in selling the Cowboys program, which included talking about his willingness to return to Laromie after winning two national championships with the Gators under Donovan.

“The way he carries himself and the way he talks to people and appreciates the little things you do drew me to him,” Nance said.

Shyatt drew Nance even closer once he took an official visit to the University of Wyoming. Nance called that “visit one of the coolest days of my life.” Because of Shyatt, Nance said he hadn’t “even considered” the distance between home and his eventual alma mater.

“It’s crazy to say because I’m in L.A. now. But I’m a very small-town guy; very much so. That just had the homey feel to it,” Nance said. “The program, he had just gotten it and his vision going for it and his background really led me to follow him.”

Neither party regretted the partnership.

“He had a dunk that people have said just looked like his dad. At that point, he was still a 6-foot-7 unknown commodity. They pretty much found out at that point he was different,” Shyatt said. “He stayed in the air. He had that grace that Larry Sr. had.”

While Shyatt largely credited Nance’s play for leading the Cowboys to the Mountain West Conference championship in 2015, Nance largely credited Shyatt after compiling a 117-78 record with the Cowboys. In the final regular season of his collegiate career, Nance shouted Shyatt out in a post-game tribute to the crowd.

“Everything he had said he would have liked to accomplish when recruiting me, we did,” Nance said of Shyatt. “When we got to the Mountain West and said it was a winnable league, we got that. We got to the tournament and made noise. It was awesome.”

Not everything was awesome, though.

Nance suffered a season-ending torn ACL in his right knee midway through his junior season. Nance then had mononucleosis during his senior year, something that became exacerbated because of his Crohn’s Disease.

“Because of what he had gone through the year before,” Shyatt said, “there was a belief system that ‘I’m going to be back and I’m going to get us there.'”

Nance remained thankful that Shyatt helped him run to the finish line. When Nance returned after his ACL injury in a scrimmage against Utah, he felt both physically and mentally limited. So much that Nance recalled having “full blown tears” amid frustration if he would ever play as well before his injury. Shyatt became what Nance called “a drill sergeant” and refused to coddle him.

“He never took his foot off the gas with me,” Nance said of Shyatt. “It was always push, push, push. I definitely think it got me to this point. It’s easy to take a step back and feel sorry for yourself. He didn’t let that happen.”

As a result, Nance landed on the All-Mountain West First Team, All-Defensive Team while also winning MW co-Defensive Player of the Year honors. Nance also etched his name in the Cowboys record books. He finished fifth in Wyoming history in steals (141) and blocks (135), eighth in games played (123), ninth in rebounds (807) and blocks per game (1.1), 13 in games started (90) and 16th in total points (1,386).

Hence, Shyatt said “none of this is surprising to me” that Nance became Wyoming’s first player selected in the NBA Draft since Theo Ratliff in 1995.

“He’s always had a mature approach to the game,” Schyatt said. “Watching tape now, he’s starting to have a game so to speak. He was sort of a guy without a game. He had all these pieces. He could leap. He could run. He could talk. He could think. Now it’s sort of neat watching him put that together.”

Nance’s ears perked up when he learned that Shyatt expressed those sentiments, even if the Lakers have often praised Nance for the same attributes.

“To get that compliment from him is really cool,” Nance said of Shyatt. “That’s stuff we talk about. Even though he’s with the Mavericks, we still talk about ways to improve my game and what I can be working on.”

The two did not have a chance to have conversations before the Lakers’ loss to Dallas considering Nance had been fighting through a right wrist injury and losing his voice. But whenever Nance and Shyatt have their weekly to bi-weekly phone conversations, the subject matter inevitably shifts toward basketball. All of which left Nance shaking his head on the journey he and his former head coach took.

“He’s a great kid,” Shyatt said. He then corrected himself by saying, “He’s not a kid anymore.”

But in Nance’s eyes, Shyatt is still his coach.