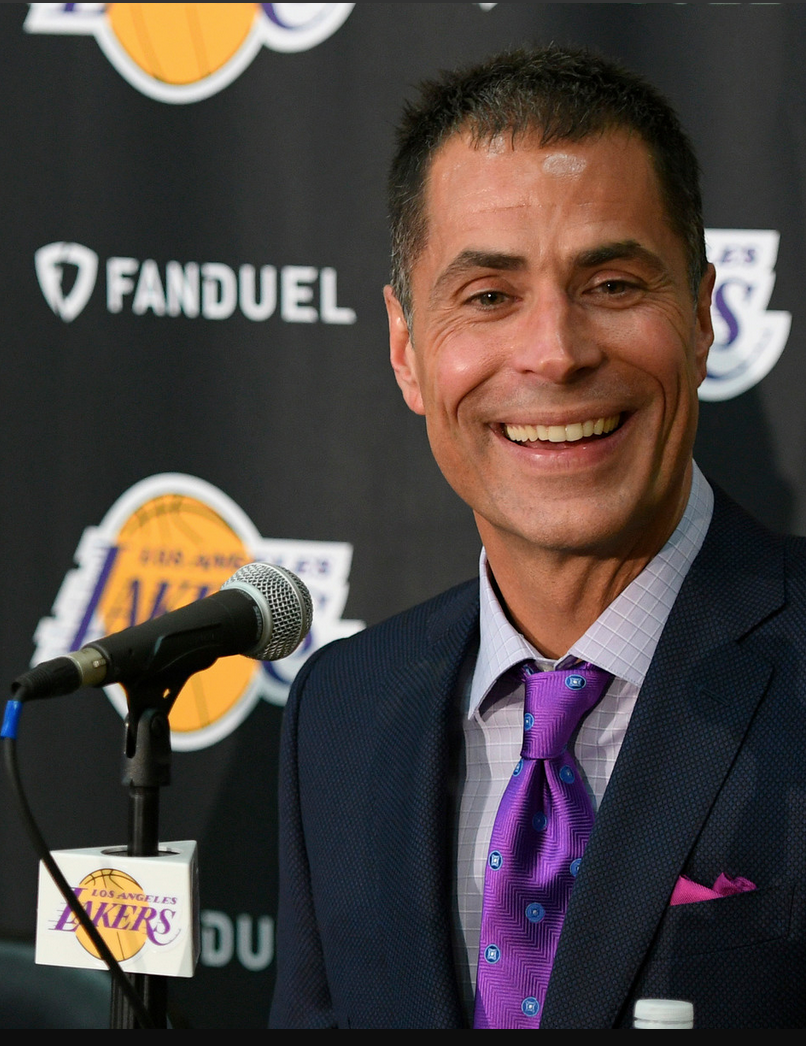 EL SEGUNDO — The results eventually led to Magic Johnson and Rob Pelinka overseeing the Lakers’ front office. Those results also explain why Johnson and Pelinka plan to make additional changes both in personnel and in ideas.

Through the Lakers’ frustration amid their fourth consecutive season that will end in their missed playoff appearance, however, neither Johnson nor Pelinka found any issue with Lakers’ first-year coach Luke Walton. During his introductory press conference as the Lakers’ new general manager on Friday, Pelinka shared some findings based on informal conversations with his former clients at Landmark Sports Agency and others around the NBA.

“I don’t know how this is possible, but everyone loves you,” Pelinka said. “You have this genuine honesty and coolness about you that just makes every player in the league want you to be their coach. We’re going to capitalize on that and make sure you have the best talent in the world to coach this Lakers team. There could not be a better person to do that.”

Walton respectfully disagreed that he has won the NBA’s popularity contest.

“I don’t think that’s true,” Walton said after practice on Saturday at the Lakers’ practice facility. “I’m sure there are a couple of players you can ask on the team that don’t think very highly of me. But it’s nice of them to say.”

Walton also found it “obviously nice to have the upper management supporting what you’re doing.”

“It gives you the confidence to make the decisions you feel are best for the team,” Walton said. Everyone has been great since we’ve been here. So that hasn’t really been an issue. We know we have a lot of work to do. We have to get the team a lot better.”

Amid that rebuilding project, Walton has already discovered validation in what Kobe Bryant told him on Friday about Pelinka, who had represented him for the latter part of his 20-year NBA career with the Lakers.

“You’ll love working together and works his tail off and is really smart,” Bryant told Walton about Pelinka before watching his introductory press conference on Friday.

Before that, Walton had talked with Pelinka “about a bunch of things,” including the dynamic between the front office and the coaching staff.

“It’s important we can both be honest with each other even if we don’t agree,” Walton said. “I can tell him what I’m seeing from down here. He’s going to tell me what he ‘s seeing and we’re going to talk about it. If it’s a basketball decision, I’ll have the ultimate say. If it’s a personnel decision, he’ll have the ultimate say. But we’re going to do that with constant conversation going on and not having to worry about hurting the other guys’ feelings if we disagree on things.”

It is not definitive if Bryant will work with Walton in any formal or informal role. But it’s safe to say that Walton agrees with an idea Pelinka shared during his introductory press conference. It went
beyond evaluating the Lakers’ young roster and becoming aggressive in free agency this offseason.

“In this unique town, why not reach out to some of the titans of business and have them come and enrich the players and give talks?” Pelinka said. “We’re going to do things different that way. But every agent in the business knows if you could place a client anywhere in the world, especially given the leadership we have in place now, this is the best place we have for our clients.”

During the past two seasons as a Golden State assistant, Walton saw the value in Warriors coach Steve Kerr bringing in guest speakers, ranging from the NAVY Seals, authors and NFL personnel.

“I love it,” Walton said. “We have a lot of brilliant people that are successful that live in LA. A lot of them are Lakers fans. Whether you’re talking about business, basketball or whatever it is, when you’re successful at something, you can share characteristics and experiences that carry over no matter what the job is. I thought that was a great idea. I look forward toward being a part of that stuff.”

Lakers’ Rob Pelinka says he will ‘be aggressive’ in rebuilding

What Impact Will the Buss Sibling Power Struggle Continue to Have on the Lakers?