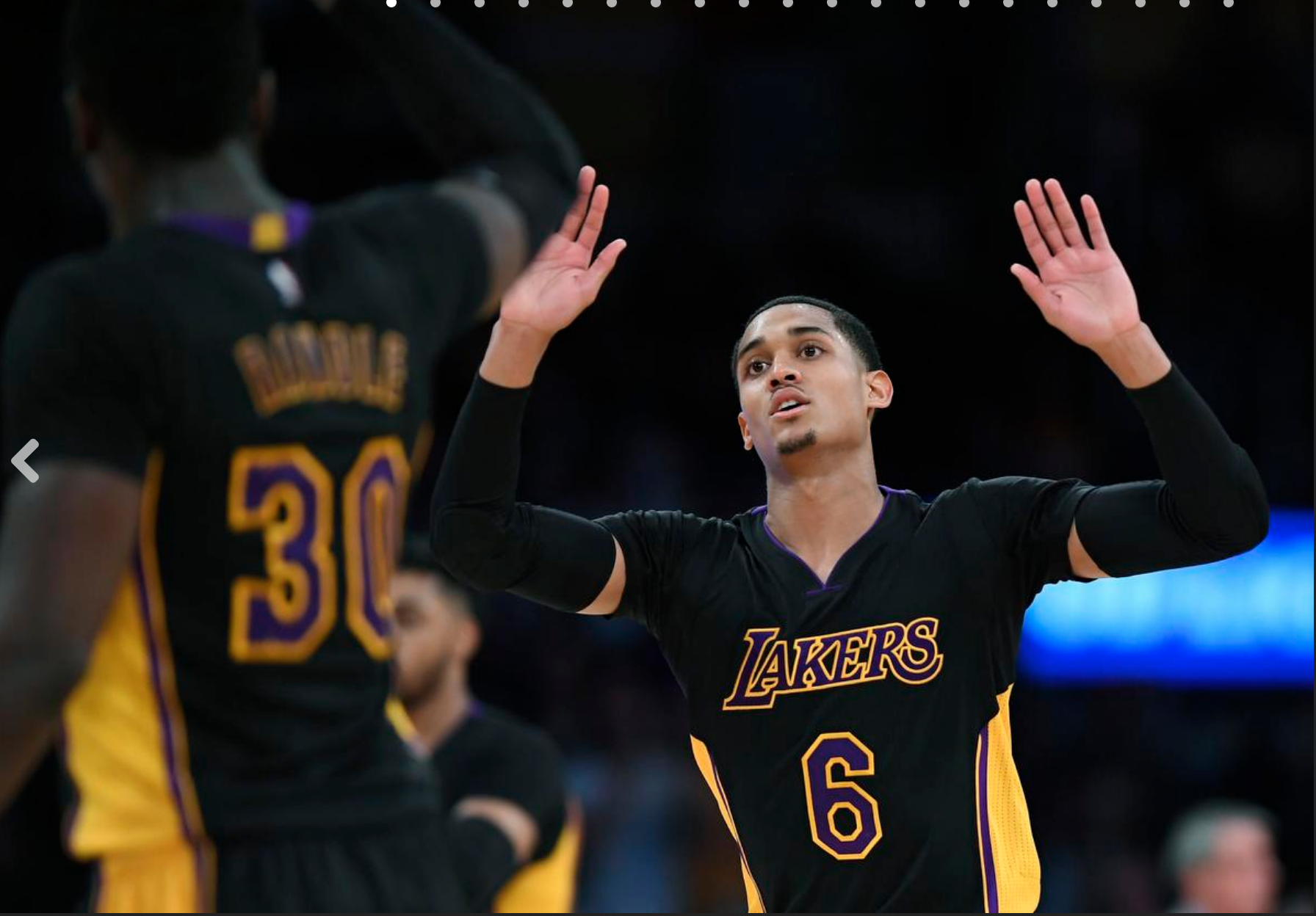 “He seemed to have that spark back he played with for most of the year,” Walton said. “The last couple of games, I feel like his confidence has been a little down, which we don’t want, obviously. But he definitely seemed to have it going again.”

That hardly was the case against the Clippers. He missed his first eight shots. He did not make a field goal with 3:20 left in the game. And Walton lamented Clarkson that did not find a way to positively impact the game to compensate for his poor shooting night.

“I played terrible lat game. I shot the ball horrible,” Clarkson said. “Coach talked to me about some confidence stuff.”

All of which helped fuel Clarkson’s bounce-back game.

Clarkson prevailed in crunchtime despite, or perhaps because of, playing through the entire second half and overtime period without a single break.

“He knocked down a couple early shots and I think that kind of got his whole game going,” Walton said. “His playmaking was on. His defense was active. So that we know he can do. What we need to get to is on nights when his shots aren’t going, he’s still doing those same things besides scoring the ball.”

Walton believed Clarkson will crack that puzzle for two reasons.

“The great thing about Jordan he has the ability to be so dynamic,” Walton said. “As he grows and learns how to control his game and is looking to do, he can be a dangerous player.”

“He’s been one of our more consistent guys all year because of how hard he plays,” Walton said. “When you play as hard as him, you’re going to have more consistency.”

After a rare night he offered none of those qualities against the Clippers, a deflated Clarkson rediscovered his swagger and productivity through a few simple steps.

While Walton tried instilling confidence in Clarkson with feedback, he instilled his own confidence by seeing his shot go in through subsequent practice sessions.

“I’m just keep continuing to talk to my teammates and stuff and not worrying about myself when I’m struggling,” Clarkson said. “Try to pull them in and help them pull me with them.”